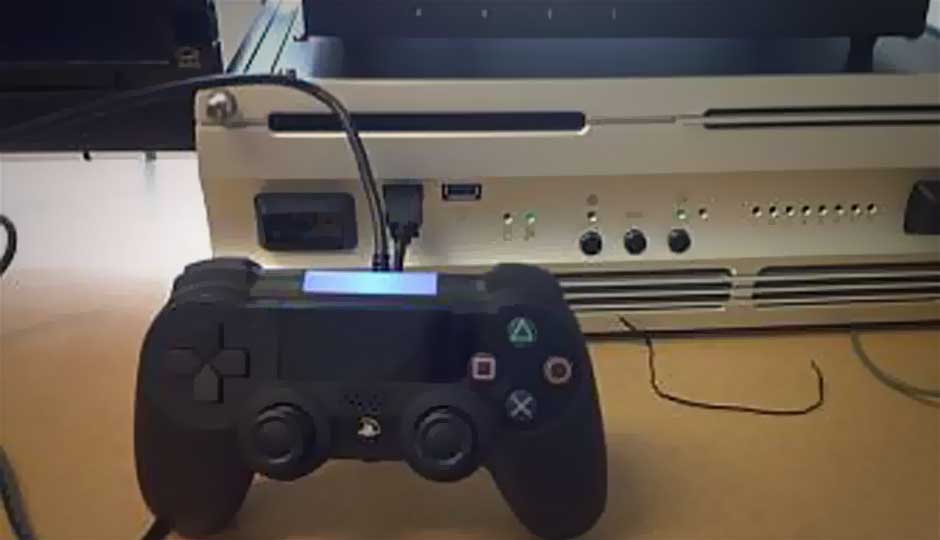 Someone got a little too excited and has leaked an image of the controller for the PlayStation 4. But is it the final version or just a prototype?

Just five days away from a potential announcement, an image has leaked onto the internet showing off a redesigned controller for the PS4. The most noticeable change in the design is the distinct lack of a “start” and “select” button, which has been replaced with a touchscreen of sorts.

The controller has retained its iconic design since the PlayStation 1, with the dual-shock implementation being the only change in the PS2 controller and the PS3 controller going wireless, and intergrating Sixaxis technology. Other than that, the controller has remained fairly standard. However, Destructoid, which was the first one to break the leak, reports that the controller leaked in the image may be an earlier prototype and not necessarily the final controller. However, one interesting thing about the new controller seems to be the blue light on the front of the controller. Could this be a new form of the “move controller?”

Whatever the case may be, we’re hoping that we’ll have some real answers on the 20th. Sony is supposed to be hosting an event on the 20th where we are told we will “see the future.” We are pretty sure that by that, Sony means the future of console gaming and hence the PlayStation 4. 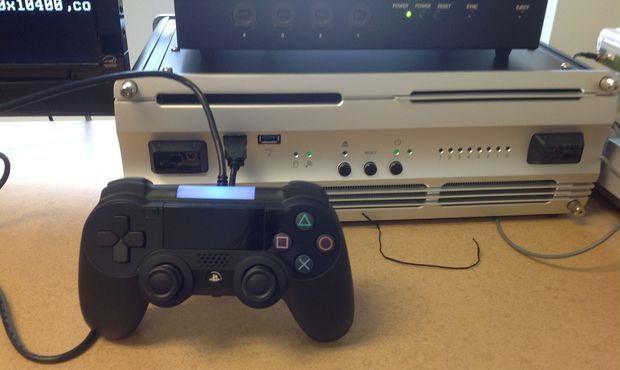 The console gaming community in large has been harping on about a console refresh for almost over a year now, with many hoping that last year’s E3 would be the day that the two gaming giants, Microsoft and Sony would showcase new consoles. However that was not the case so the speculation has fallen to this year’s E3. Sony did one better by recently announcing the February 20 event to show off the new PlayStation. We don’t know whether Sony will make the console available immediately, or will make us wait an excruciating amount of time. All we know is that a new console is coming and it’s probably going to be revealed on February 20.