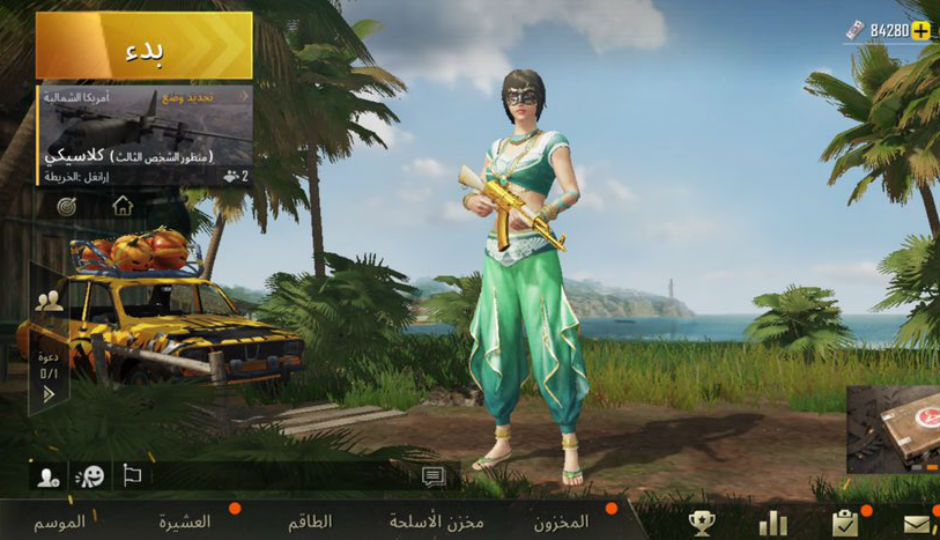 The new Arabic client and Middle East servers should benefit more players in the region as they will be able to access the game in their own language and enjoy better speeds.

There's good news for PUBG Mobile players in the Middle East as the developers of the game have announced that Arabic client of PUBG MOBILE is coming, along with Middle Eastern servers. The accompanying tweet also showed a screenshot of the game’s main menu with the Arabic language, which should be helpful for players who aren’t fluent in languages other than Arabic. The inclusion of Middle Eastern servers should also ensure that Arabic-speaking players enjoy playing with other players who speak their own language, rather than be paired with those from different parts of the world. Further, it should allow these players to enjoy better speeds. Currently, PUBG Mobile is available across five regions namely, North America, Europe, Asia, South America and Korea/Japan. It should be noted that the developers have not yet given an exact date on when the Arabic client, or the Middle East servers will go live

PUBG Mobile also recently ended the first PUBG Mobile Star Global Challenge, which was held in Dubai. With the popularity of PUBG Mobile on the rise, it makes sense for the developers to cater more people from all across the globe.

You asked for it, we listened. Arabic client of PUBG MOBILE is coming, as well as Middle Eastern servers! pic.twitter.com/HdPCnNDoYw