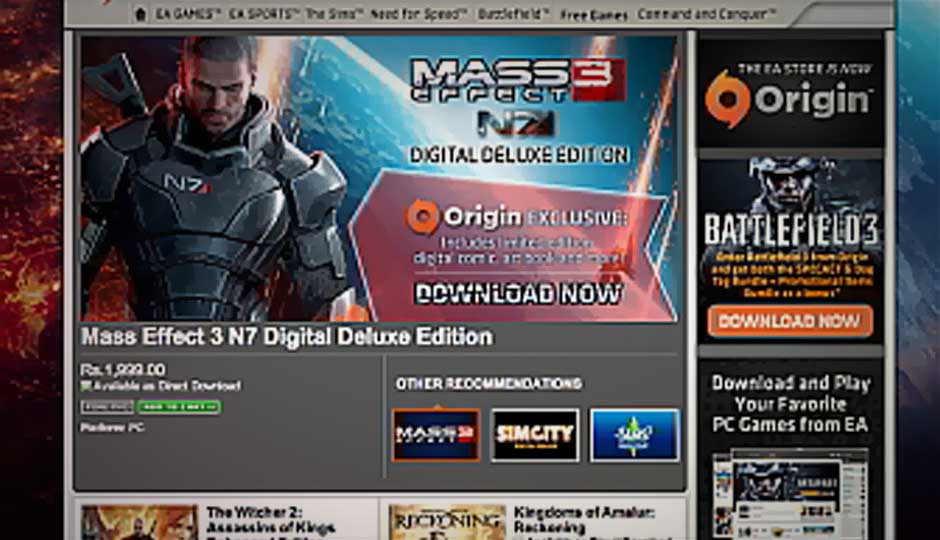 Origin store now packing games from Sega and other studios

Gamers who pick up their games from EA’s online game store, Origin, will now have access to games developed by Sega and other game development studios such as Team 17 Software Limited, Rebellion, Kalypso Media Digital Ltd. and more, which bring the total number of developers and publishers on Origin to 35.

To start things off, SEGA's Total War Shogun 2: Fall of the Samurai is now available for pre-order to PC gamers on Origin.

"By partnering with publishers like SEGA, we're able to bring even more of the industry's best games to players on Origin," said Craig Rechenmacher, Vice President of Business Development and Marketing for Origin at EA. "With 11 million registered users around the world, Origin is fast becoming the destination for consumers looking for fresh new content to play with their friends."

"We're delighted to be partnering with Origin. The PC Market is continuing to grow and the prospect of offering the Total War franchise and the SEGA range of PC titles to the Origin audience is very exciting," commented John Clark, UK Managing Director and PC Digital Distribution Director at SEGA.

EA’s online store, Origin, has some of the most popular gaming titles available for download. Some of them are Mass Effect 3, Battlefield 3, Star Wars: The Old Republic, FIFA 12, Batman: Arkham City and Saints Row: The Third and Rift. Before purchasing a game, gamers have the option to live streaming demos on Origin giving them some hands on before they buy.

Apart from paid games, Origins also houses a plethora of free downloadable games (mostly demos) and some online games that users can play straight from their browser. 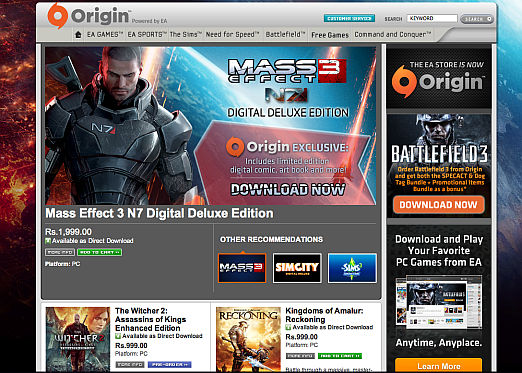