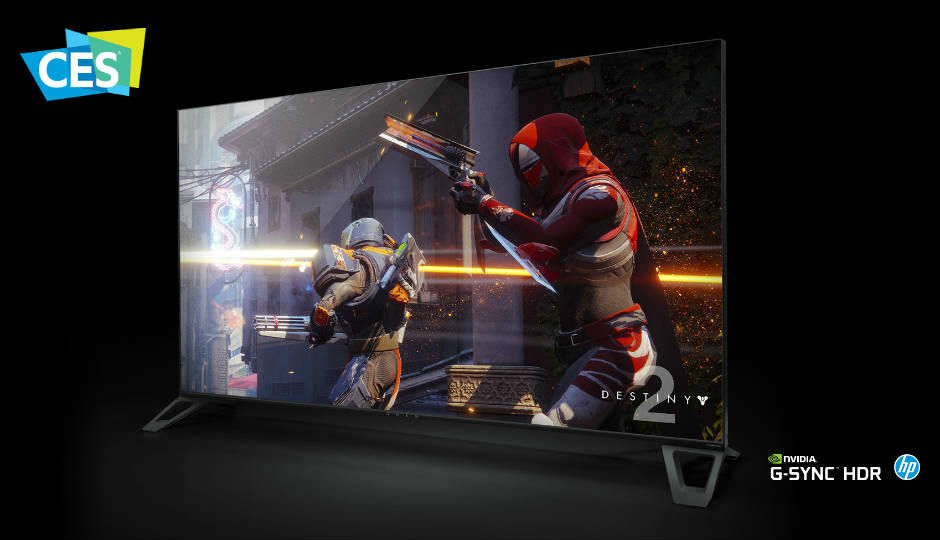 Graphics giant NVIDIA has announced its plans to bring 4K 120Hz HDR displays with built-in NVIDIA Shield in 65-inch form-factors at CES 2018. The company is partnering with Acer, HP, and Asus to bring these products to the market and the general availability of these displays is stated to be in summer of 2018, with the pricing to be revealed accordingly. With this, the company aims to broaden the scope of PC gaming, as high-performance desktop gaming has been limited to traditional desktop displays.

The new 65-inch screen size will enable gamers to experience their favourite games at their best on a much larger display.

Matt Wuebbling, Head of GeForce Marketing at NVIDIA said, “PC gamers expect high performance and instant response times, but, until now, they’ve been largely limited to traditional desktop displays, BFGDs change that. With NVIDIA’s latest technology built into these new displays, PC gamers can now experience their favorite titles in all the low-latency glory they deserve.”

The company says that at the heart of these displays lies NVIDIA’s G-Sync HDR technology which at 120Hz on paper seems like a big improvement over traditional TVs available today. The displays will also support popular HDR formats at a native frame rate of 23.976, 24 and 25 FPS and G-Sync will ensure zero interpolation making the playback as smooth as possible.

NVIDIA claims that the new displays from Acer, HP and Asus will feature full-array of direct backlighting, have a peak luminance of 1000 nits and will feature DCI-P3 colour gamut. Besides that, with NVIDIA Shield built-in, these displays will serve as all-in-one home entertainment units with the availability of all popular streaming services.

At launch, the displays will support Netflix, Amazon Prime Video, YouTube, and Hulu. Since the display is meant for gamers, they will have also have lower response time while gaming.

The question you might ask is when these BFGD (Big Format Gaming Displays) will make their way to India and for that, we might have to wait longer.