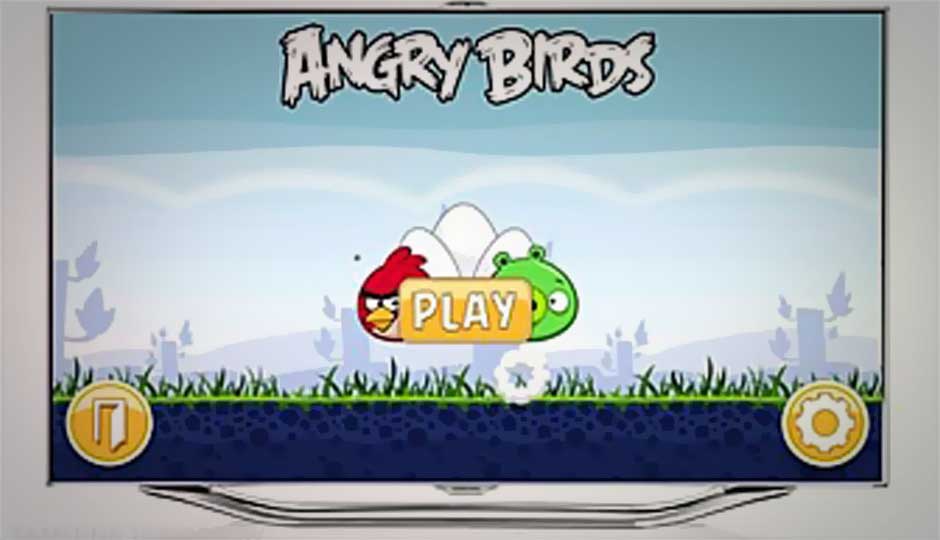 Samsung has announced the global availability of the Angry Birds game on its smart TV.

Samsung has announced the global availability of the Angry Birds game on its Smart TV platform.

Kyungsik Lee, VP Visual Display Business said, “Samsung Smart TV will be the first TV to offer the world's most popular game and set a new standard in the industry by offering a game for Smart TVs controlled by hand gestures. Samsung will continue to develop various content that brings family members together in front of the TV, alloying consumers to enjoy new experiences via Samsung Smart TVs”

The official Samsung Blog “Utilizing Samsung’s Motion Control technology, consumers can play Angry Birds on the large TV screen for the first time ever, and enjoy a maximized, immersive and interactive gaming experience. With just the wave of the hand, fans can control gameplay features including initiating the slingshot and activating the unique skills of each bird.”

Angry Birds was launched in 2009 and has been one of the most successful games on the smartphone and has seen many sequels such including Angry Birds Space, Angry Birds Rio and Angry Birds Seasons.

The game will be available for free on Samsung’s LED 7500 TV model or higher and the Plasma 8000 and higher.

Angry Birds is making its presence felt on all possible devices. It is dominant on the mobile platform making an appearance on all mobile OSes and recently we have seen the announcement that the series will make an appearance on the home consoles as well i.e., on the PS3, Xbox 360 and even the 3DS.

How accurately the motion sensor of the TV will work is something we will believe when we test it, but the fact that the game will be available for free is incentive enough for Smart TV users to give the game a try.

Motorola X40 Pro 5K renders give us a fair idea of what to expect Previous Post
Infinix Hot 20 5G launched in India with "Shuddh 5G": Here are the phone details Next Post