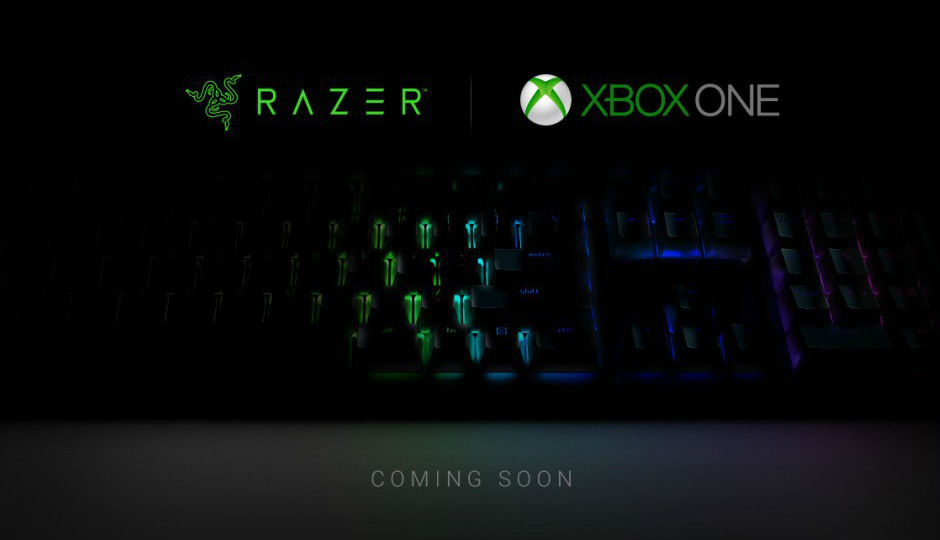 Microsoft has announced that it will be enabling keyboard and mouse support on the Xbox One soon. The company says that the support for the input devices will first be available for Xbox Insiders. However, not all games will be enabled by default for gamers. The onus for this is still on the developers to enable support and functionality for the games. Microsoft notes that Warframe will be one of the first titles testing keyboard and mouse when the feature is made available to Xbox Insiders. Additional details about the new feature will be revealed during the November 10 edition of Inside Xbox where Microsoft will reveal additional titles that support keyboard and mouse as well as more information about the company’s partnership with Razer.

“With this new input support at the platform level, developers can now build mouse and keyboard support in their games if and how they choose. It’s important to note that mouse and keyboard support for games is added on a title-by-title basis, entirely at developers’ discretion. For all other titles, nothing changes. Mouse and keyboard input is not enabled by default for games. Each development team knows their titles best and we support them in creating the right experience for their games as they see fit, to ensure an optimal and fair gaming experience,” Microsoft noted in its post.

Microsoft also noted that while the feature would work with most keyboard and mice, it has partnered with Razer for “the best possible mouse and keyboard experience for this new functionality.” Razer also teased the hardware on Twitter, and it seems like the peripherals will come with RGB support (because that’s the important bit). It’s not yet clear if Razer will create new hardware specifically for the Xbox One, or will bring Xbox support to its existing lineup of keyboards and mice.

Microsoft also noted that it would be working “closely with studios of all sizes” in order to ensure mouse and keyboard experiences on consoles are fair and correctly balanced. Mouse and keyboard controls usually give gamers more precision, and this might give gamers a competitive advantage.

With the initial embracing of crossplay and now keyboard and mouse controls, it looks like Microsoft is trying to create a holistic gaming environment. Only  time will tell if this will work out for the company in the long run. Especially after the fiasco that was the Xbox One launch.