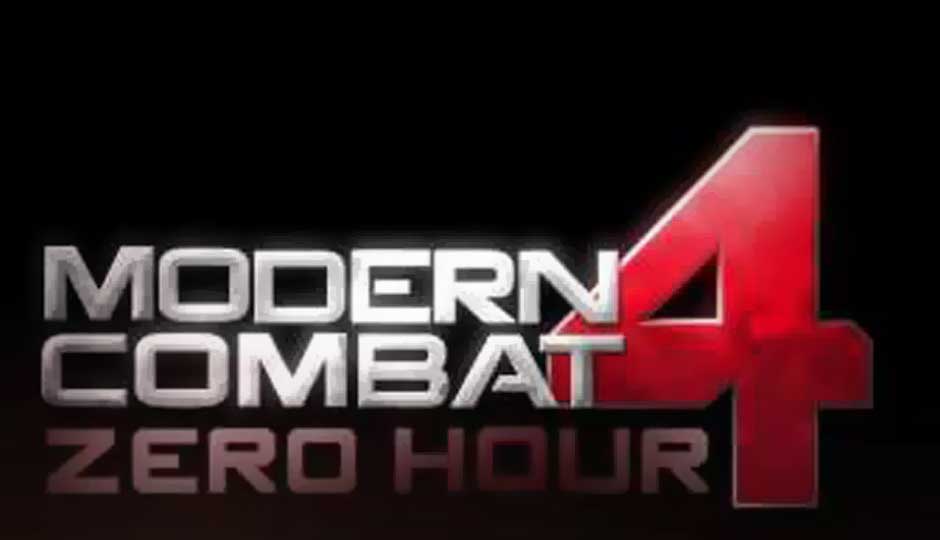 ameloft has released the launch trailer for Modern Combat 4: Zero Day that’s going to be available for iPhone, iPad and Android devices at any moment. Gameloft has become the developer pushing some of the best games into the iOS and Android space, with popular titles such as Asphalt 7, Wild Blood, World at Arms etc. With each game, they have pushed the boundaries of mobile gaming, with Wild Blood utilizing the Unreal Engine to deliver unparalleled graphics.

Now we have Modern Combat 4: Zero Hour releasing for iOS and Android, which going by the first looks at the trailer seems to deliver console-like quality as far as graphics go. The gameplay looks quite generic for a shooter, but the visual prowess of the game does impress. The previous Modern Combat games have had an excellent multiplayer component, which we’re being told has been improved upon in this upcoming game.

Gameloft has maintained its tradition of improving upon every successive game it launches, case in point being Asphalt 7. After the raving success of Asphalt 6, it was hard to imagine what extra Gameloft could do to make the next game in the series better. But when Asphalt 7 did storm into the App Store, it was quick to break records of the previous game. The same trend has been observed for the Modern Combat games, so we would recommend watching out for Modern Combat 4: Zero Hour which drops at anytime today in the Indian App Store and Google Play Store. But till then, enjoy these two trailers: