Final Fantasy XIV is getting a live-action TV series 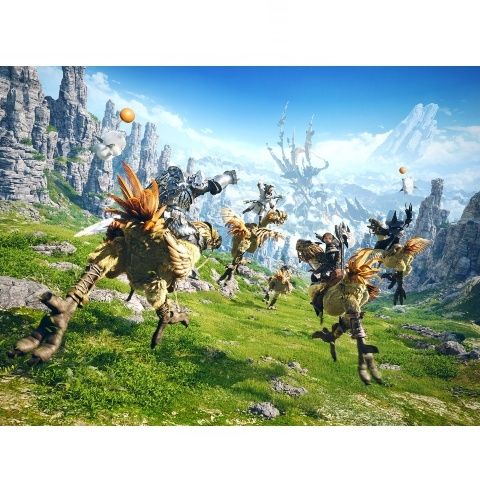 Sony announced that it is collaborating with Hivemind and Square Enix to develop the live action series.

The live action series will tell an original story set in Eorzea.

The central character of the game is certain to make its presence.

Square Enix’s multiplayer role-playing game Final Fantasy XIV is being adapted into a live action TV series. Yesterday, Sony announced that it is collaborating with Square Enix and Hivemind, the production company behind Amazon’s The Expanse and Netflix’s upcoming series The Witcher.

The live action series will tell an original story set up in Eorzea. It is inspired by the world and characters of the title's fourteenth installment. The series explores the struggle between magic and technology in a quest to bring peace to a conflicted land. “Filled with iconic hallmarks of the title's revered mythology – magitek and beastmen, airships and chocobos – the forthcoming series will feature a mixture of new and familiar faces,” says a press release. The central character of the gaming title Cid will make an appearance in the series.

Chris Parnell, Co-President, Sony Pictures Television said, ”This show is about embracing and embodying all of the elements that have made the mythos such an endlessly captivating phenomenon, and it's an immense honour to be bringing all of Eorzea's iconic characters, settings, and concepts – including fan-favourites like Cid and, of course, the Chocobos – to life for a television audience."

Final Fantasy XIV was launched in 2010 and was not well received by the gaming community back then. Square Enix then relaunched the game in 2013 as Fantasy XIV: A Realm Reborn, which fared much better than its predecessor.

It’s worth noting that there’s no word on the show’s arrival or the platform where it’ll be available to watch.