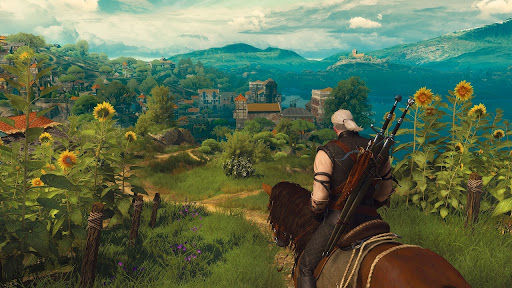 Along with all this, CD Projekt has also confirmed that the next-gen release of The Witcher 3: Wild Hunt is still on track for release this year

CD Projekt Red has announced that the Witcher franchise is expanding with new games in the future. As of now, they have confirmed five new additions to the Witcher series. The entries include a new trilogy codenamed project Polaris, a full-fledged open-world game called Canis Majoris, and Sirius, which brings an online multiplayer to the series. Let’s take a detailed look at all the new Witcher games announced by CD Projekt Red!

Currently, in pre-production, Project Sirius is said to add a multiplayer element to The Witcher franchise. The game will still have a single-player campaign and is being developed by Boston-based The Molasses Flood studio with direct support from the CD Projekt Red team.

Next up, we’ll also be seeing Witcher Polaris which is the beginning of a new saga in the series. Earlier this year, CD Projekt also announced that this saga will ditch the in-house RED Engine and would be using Unreal Engine 5 instead. As of now, the developers have said that the new Witcher trilogy will be released within a six-year period, following the launch of the first in the series.

Last but not least, Witcher Canis Majoris will be another full-fledged, story-driven open-world Witcher title. Unlike the other two projects, CD Projekt has not given many details about this project so it is safe to say that this game will take a long time to come out. It will be created by an unnamed, external team but it will have experienced developers who have worked on earlier Witcher games.

Along with all this, CD Projekt has also confirmed that the next-gen release of The Witcher 3: Wild Hunt is still on track for release this year. Originally intended to be released last year, the release will be a "Complete Edition" of Witcher 3 including all its expansions, with all content enhanced for next-gen consoles.