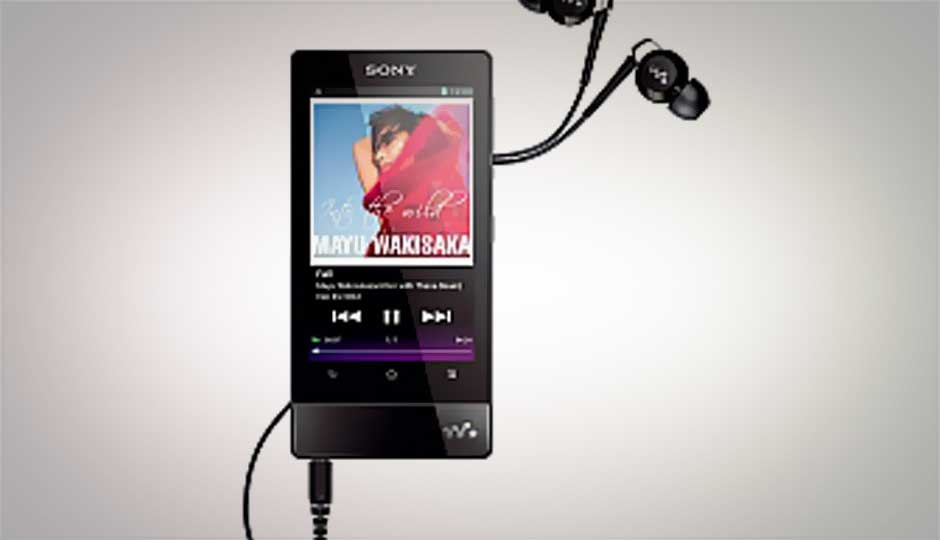 Once upon a time the Portable Music Player (PMP) was associated with the word Walkman. In the past decade however, the title has been stolen by a little device called the iPod.

The top of the line of the new models, the F800 runs on Google’s Android 4.0 ICS OS. The device boasts of 3.5-inch display and it will have full access to the apps available on the Google Play store. The device also boasts of Bluetooth and Wi-Fi connectivity, and comes in 3 storage variants – 8GB, 16GB and 32GB. A good feature of the device is that it supports the FLAC lossless audio format.

The other three – the S770BT, E570 and E470 are smaller PMPs, less advanced and will be more affordable.

The Sony S770BT Walkman sports a 2-inch display that isn’t a touchscreen. The device is very slim measuring at 7mm thickness. The S770BT comes with a Bluetooth headset.

The E750 Walkman also has a 2-inch non-touchscreen display. The USP of the device is that is focuses on noise cancelation technology.

The Sony E470 Walkman is aimed at making a fashion statement, and is available in six different colours, apart from featuring a karaoke mode.

All the new Walkmans are compatible with Sony's Music Unlimited service and support drag-and-drop music transfer.

As of now, the device is set to launch in the US in August 2012 and there is no confirmed India launch date. The pricing of the Walkmans are as follows: