Meet the Audeze Titanium – headphones more expensive than the iPhone itself

The Audeze EL-8 Titanium are a pair of headphones for the Apple devices whose price dwarfs that of the iPhone. The Audeze EL-8 Titanium is priced at $799.95, which is about Rs. 53,500. The price of the 16GB variant of the iPhone 6s is $649 (approx. Rs. 43,400) in the US while the 64GB variant is priced at $749 (approx. Rs. 50,000). The headphones use the Lightning connector to connect to a device instead of the standard 3.5mm headphone jack. The company claims that it is the “first to offer a fully integrated Lightning connector for your iPhone”. The cable of the headphones contain a digital signal processor, digital-to-analog converter, and an amplifier. It also has a planar magnetic driver for better sound quality. Additionally, the headphones come with an in-line microphone and remote control. Those who wish to connect these headphones to a standard 3.5mm audio jack will have to shell out an addition $49 for a cable which would allow them to do so.

A few days ago, rumours began circulating that the Apple may choose to ditch the 3.5mm audio jack from the Apple iPhone 7. This would mean that future iPhones may only be able to connect to a headphone via Bluetooth or the Lightning connector. It has also been suggested that the upcoming phone may not come with a Home button as well.

Apple has also announced a Lightning to SD Card Camera Reader. Apple claims that the reader can support USB 3.0 data transfer speeds on the iPad Pro and USB 2.0 speeds on all other iPad and iPhone models. The reader is priced at $29.99 which is about Rs. 2,000. The company has also launched a battery case for the iPhone 6 and the iPhone 6s for $99 (approx. Rs. 6,600). The case adds an additional 1877mAh to the phones. 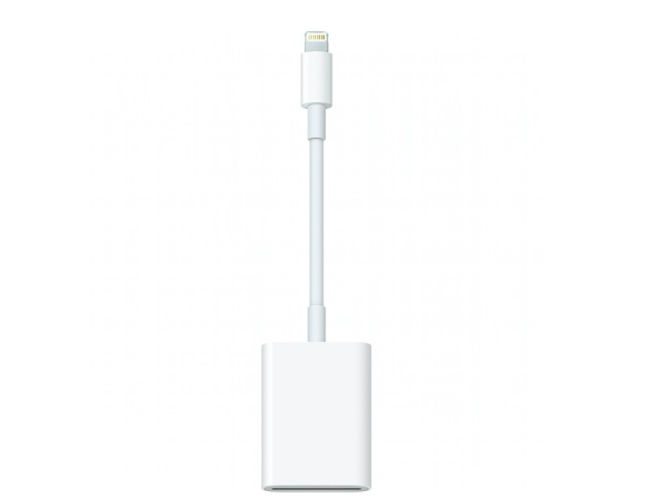