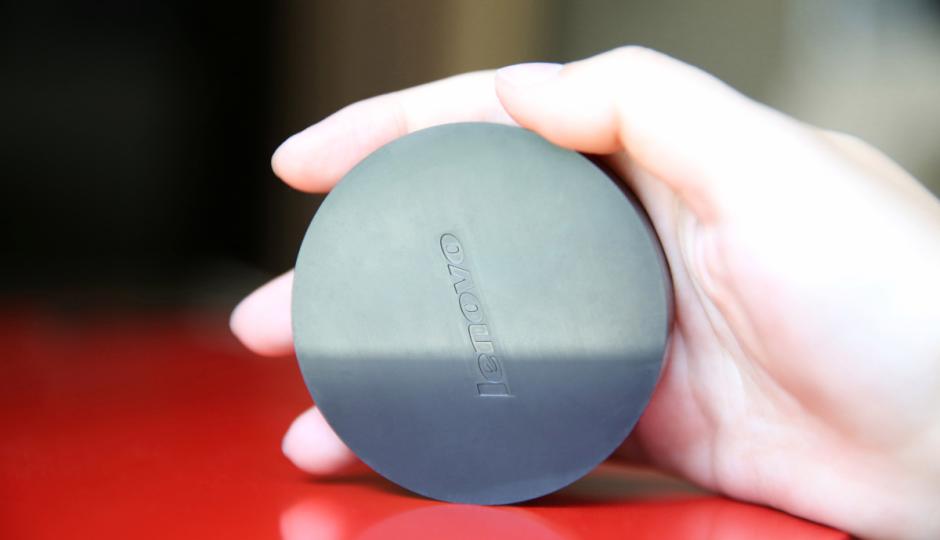 Lenovo has launched a new media streaming video device called Lenovo Cast at the first Lenovo Tech World technology innovation event in Beijing. The Cast is compatible with devices running Android 4.3 or higher, Windows 8.1 device (select gadgets), and iOS devices. Priced at $49 the device will be available from August globally.

The Lenovo Cast streaming hub can deliver content wirelessly from Android, Windows and iOS devices to a big-screen television. The media streamer can be plugged into a High-Definition Multimedia Interface (HDMI) port of a TV and then linked wirelessly to a content source for playback. The Cast is palm-sized and weighs about 50 grams. It can play media from a DLNA or Miracast-enabled tablet or smartphone using dual-frequency WiFi, and can transfer content over distances up to 65 feet, including through walls, according to Lenovo. The Lenovo Cast has a single micro USB port, HDCP 2.0, an HDMI port, 802.11 a/b/g/n dual-band WiFi, a pair of antenna, has 1080p resolution support and can work up to 15 meters when in maximum resolution, according to the company. It comes with a bracket included for those who want to mount the puck on the back of their television rather than place it on the TV stand.

The Lenovo Cast wireless device competes with Google's $35 Chromecast dongle as well as several streaming devices from Roku, Amazon's $40 Fire TV stick, Microsoft's Miracast and other competitors. Although priced a little higher than its competitors Lenovo Cast is more functional as it supports DLNA and Miracast in addition to the Google Cast standard, making it a more versatile device due to multi-format support. "Today people want more from their devices—the freedom technology gives them to accomplish more," Liu Jun, executive vice president and president of Lenovo's mobile business group, said in a statement. "They want to share a variety of content from their smartphones and tablets such as online videos and games with friends and family on a larger screen. The new Lenovo Cast is our latest device created to enable such personalized experiences."