After striking a partnership with Acer, HP and Asus, NVIDIA first announced this particular display back at CES 2018. 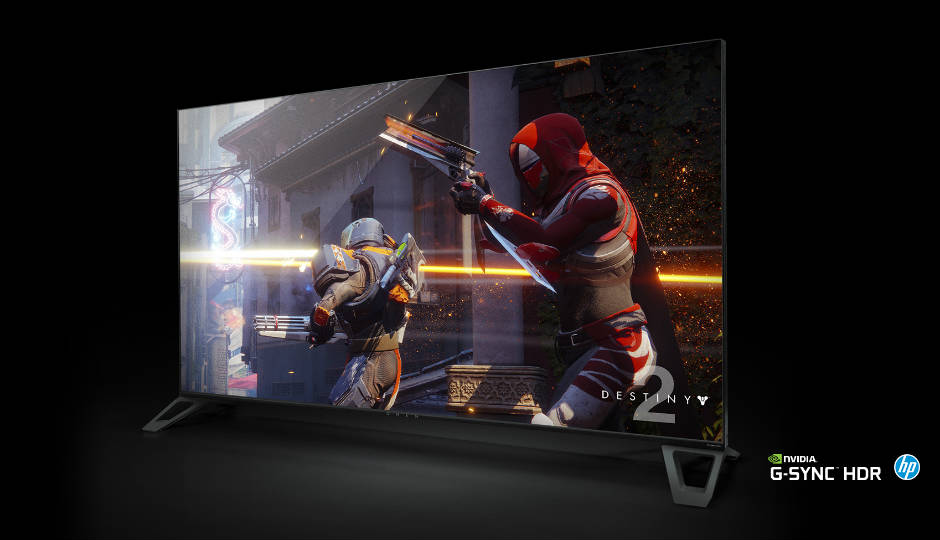 Last year at CES, graphics equipment maker NVIDIA announced a 65-inch 4K HDR gaming display saying that it will hit the market in the summer, however, the display never made it to shelves. Now, at CES 2019, Nvidia has announced that this display will be available for purchase starting February this year. NVIDIA has partnered with Acer, HP, and Asus to bring the display to the market and has priced it at a whopping $4,999 (approx Rs 3,47,000).

Called HP Omen X Emperium, the display includes G-Sync support and a 144Hz refresh rate. The displays will also support popular HDR formats at a native frame rate of 23.976, 24 and 25 FPS and G-Sync will ensure zero interpolation making the playback smooth. The display will have Nvidia’s Shield integrated into it, which will let buyers use the equipment to stream videos from apps such as Netflix and YouTube, and Google Assistant.

Reportedly, the screen has HP’s Quantum Dot technology as well as a DCI-P3, which means that the display has a wide colour spectrum. There is also a soundbar to its display, which includes three stereo amps with modes for both gaming and entertainment. The display includes three HDMI 2.0 ports, one DisplayPort, two USB ports, and two USB ports. There is no information when these BFGD (Big Format Gaming Displays) will make their way to India.

Nvidia 2020 GPU's could be built with Samsung's 7nm process