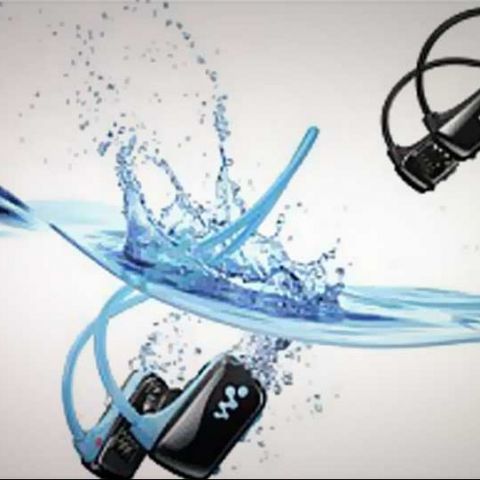 Amongst the various new products launched at this year’s CES, Sony pulled the curtains off its new line of Walkman MP3 Players called the NWZ-W273 W Series Walkman Sports. This is the newer version of Sony’s eye-catching Walkman series of MP3 players which don’t require a separate device for playing music as the complete player only has a set of headphones connected by a neck band for convenience of use and portability.

The new Sony sports Walkman is made by keeping sports and adventure in mind as the major selling-point of the W Series Sports Walkman, as it’s completely waterproof up to the depth of 6.6 feet (2 metres) which makes it ideal to use while swimming, jogging or cycling in the rain.

It also comes with a quick charge functionality thus enabling you to listen music for a long time even if you have charged the MP3 player for just a few minutes (for eg. if you charge its completely drained battery for 3 minutes, you can listen to music on it for 60 minutes). And on a full charge it gives about 8 hours of music playback.

It supports a max storage size of 4GB and will be available from March 2013 at a retail price of about $99.99, in colours like Black, Pink, White and Blue.

The different colours of the Sports Walkman W series.