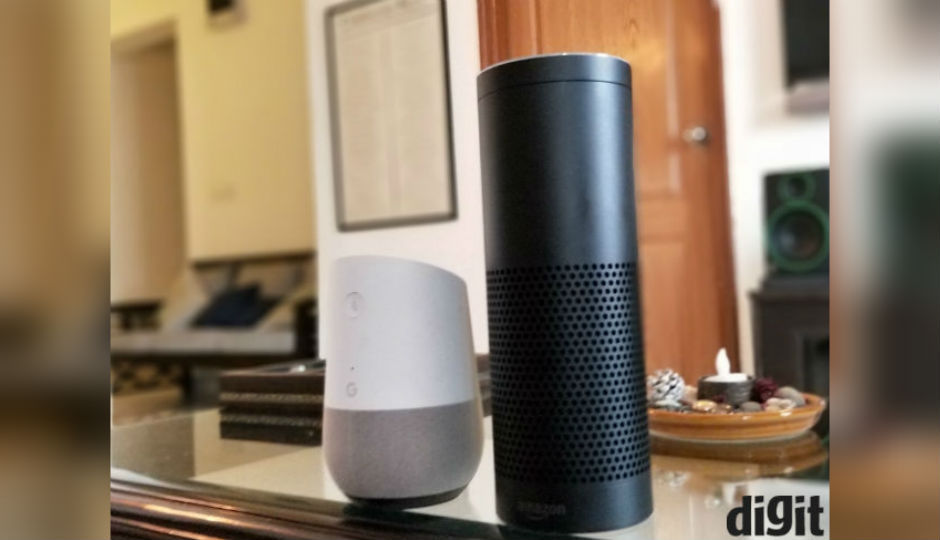 The ongoing feud between Google and Amazon over a ‘lack of reciprocity’ is not hidden from anyone. They have already removed their services from each others’ platforms, but buyers in India are the ones who are benefitting from the clash as Google has followed Amazon’s approach to slash the prices of its Home smart speaker lineup by up to 17 percent.

As of now, the Google Home Mini is available at a special price of Rs 3,699 (instead of Rs 4,499). Google has also introduced no-cost EMIs starting from Rs 411 per month (other EMIs from Rs 123 per month). There is a combo offer as well. If you buy two or more speakers, you will get additional Rs 1000 discount.

As far as bank-specific offers, customers who purchase speakers with HDFC bank credit cards will get 10 percent cashback. There is a 5 percent instant discount on Visa cards for first three online payments, and extra 5 percent off with Axis Bank Buzz Credit Card. As for the partner offer, free 6 months Google Play Music subscription will be given to first-time Google Play Music users.

In the first week of June, Amazon had cut the prices of its Echo lineup of speakers to boost sales in India. Google followed and introduced a price-cut in its Home lineup and is now selling the smart speakers on Flipkart at exactly the same price point at which Amazon Echo devices are listed on the company’s e-commerce platform. 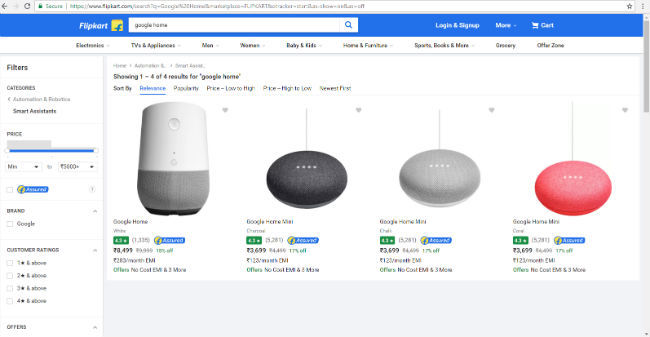 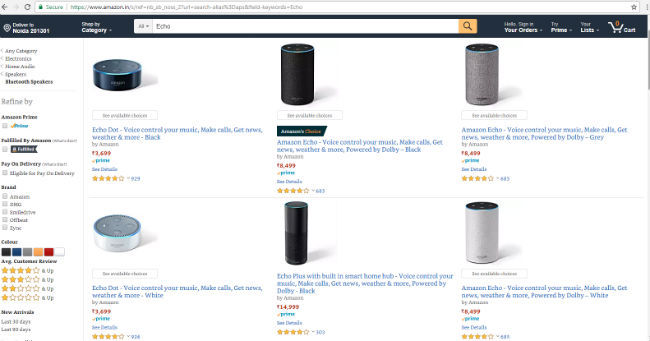