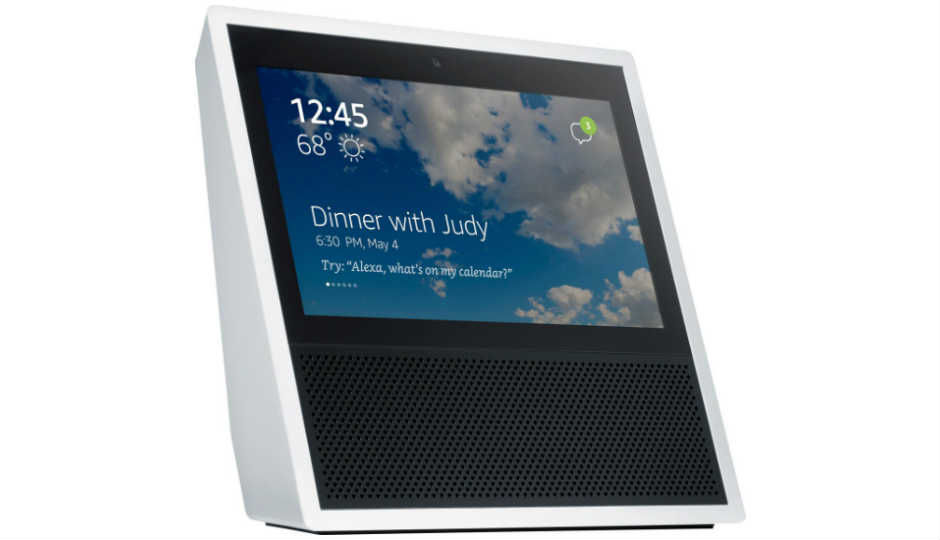 The Wall Street Journal reports that the new device will feature a 7-inch touchscreen display and will be able to visually show answers to user queries. The device is reportedly being tested with few employees and could ship to consumers as early as next month. WSJ adds the device might be priced around $200, making it the premium Echo device in company's lineup. Amazon already sells its Echo speaker for around $150, while the recently introduced Echo Look costs $200.

A recent survey suggested that Amazon is surging ahead of competitors in the connected speakers' segment in the United States. Google has reportedly captured around 23 percent market share with its Home speaker and Microsoft recently introduced its Cortana-powered Invoke speaker in a tie-up with Harman Kardon.

The Wall Street Journal reported about Amazon's Alexa-powered Echo with a touchscreen last year. The device is said to be part of company's Lab126 hardware unit and is primarily aimed at allowing users to bring up web pages, videos or images. Bloomberg reported that the device will have a 7-inch touchscreen.

Amazon announced its Chime video conferencing system early this year and the new Echo device might integrate the service and help push its adoption. It is not clear how Amazon will differentiate from recently introduced Amazon Echo Look and what enhanced functionalities will it offer.