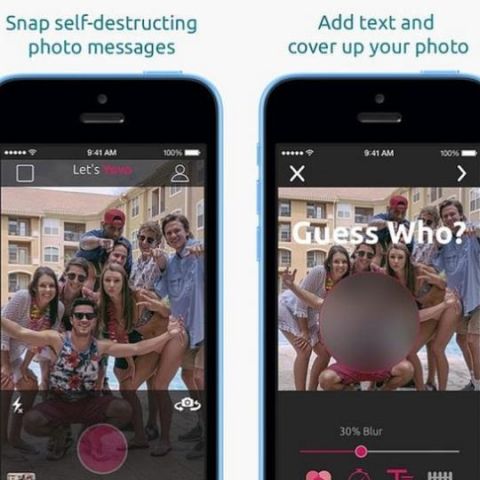 Yovo photo sharing app for iOS makes it harder for the receiver to take screenshot of your sent images and messages. Users can download Yovo for free from the iTunes app store.

Developed by a privacy software company called ContentGuard, Yovo uses the Barrier Grid optical illusion to make your sent snaps a lot harder for the receiver to screenshot. When the receiver opens the image, the grille moves, allowing them to see the picture. If the receiver tries to take a screenshot, it will result in an image with blurred sections.

Yovo allows users to share images from your camera roll and selectively blur portions of the images. The app has a self-destruct timer on messages and photos from one second to up to 24 hours. Read: Snapchat and Whatsapp rule the roost for photo sharing

Developer Scott Richardson was quoted as saying in media reports, "Everyone is becoming more conscious of the digital trail they leave. It seems as though there isn't a day that goes by where we do not see a headline about the consequences of inadvertent or malicious digital publication of our private lives. Let's face it -- not every moment or message is meant to be shared or stay online forever. Yovo represents a new way to create and share photos and messages in a more private, fun and interactive way."

The app's description reads, "Don't change what you post; just change how you post it. Yovo is a new way to create and share photos and messages in a more playful, fun and interactive way, regardless of what service your friends are using... It's "you only view once" with a twist... and the message owner controls the shots." Read: Facebook launches snapchat-clone Slingshot with "disapperaing" messages