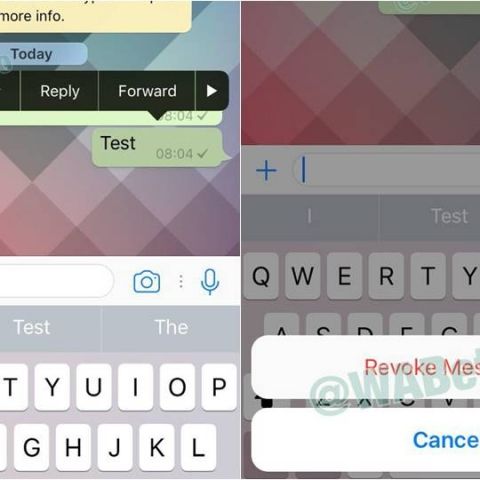 WhatsApp has reportedly been testing an option to recall messages for months now, and the feature is expected to arrive first on iOS followed by Android and Windows Phone

The recall message option was seen to be accessible only by tapping on the message. The message gets deleted immediately after the recall button is pressed, but users will reportedly have only a few seconds to do so. Back in December, WhatsApp's beta builds suggested that there will be an option to delete messages even if the recipient has read them.

The recall feature is said to work with photos and videos as well. Other feature being tested includes an option to edit sent messages. WhatsApp's recall feature seems to be arriving first on iOS, followed by Android and Windows Phone. The company recently introduced version 2.17.30 for Apple's iOS mobile operating system with new features like albums, filters and reply shortcut.