The new privacy setting will enable users to select who can add them to groups. When someone who doesn’t have permission to do so will need to send an invite, which the user needs to accept before being added to a group.

When a user selects the ‘Nobody’ option, they will request for being added to a group and they will need to approve it every time. Choosing ‘My Contacts’ means that the user can be added to groups only by people who are added to their contacts. When you select one of these two options, the person inviting you will be prompted to send a private invite to join their group. The invite will expire in three days if one doesn’t accept it. “With these new features, users will have more control over the group messages they receive. These new privacy settings will begin rolling out to some users starting today and will be available worldwide in the coming weeks to those using the latest version of WhatsApp,” States WhatsApp’s media release. 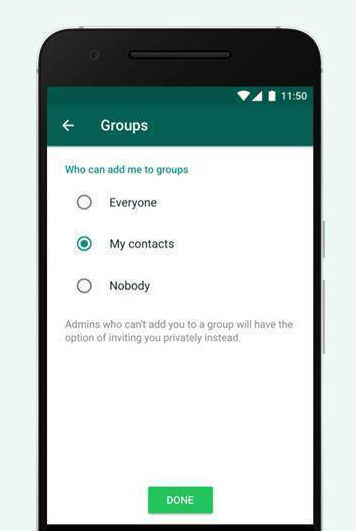 WhatApp also recently launched a tip line to fight misinformation and fake news circulating on the platform during Lok Sabha Elections 2019. The new tip line number is +91-9643-000-888 and can be added to contacts by WhatsApp users and can be used to verify text messages, videos and photos circulating on the platform with regards to the 2019 Lok Sabha elections. The new tip line has been launched in partnership with PROTO, who will use texts, images and videos reported by users to create a database of rumors. It will also study misinformation during elections for Checkpoint - a research project commissioned and technically assisted by WhatsApp. 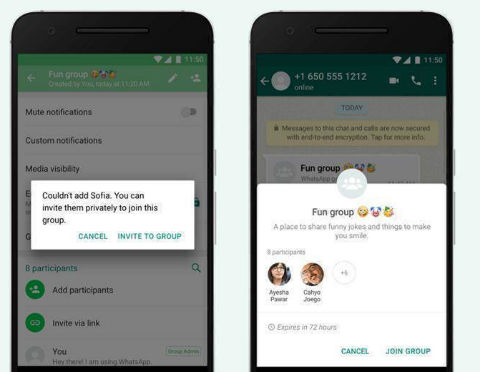