WhatsApp is rolling out two-step verification for Android and Windows 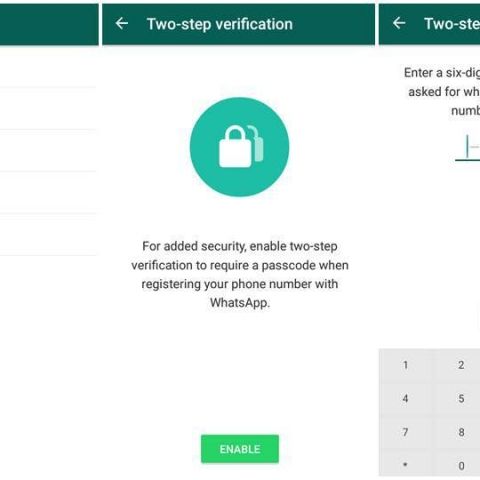 WhatsApp is rolling out two-step verification for its users with the latest beta update. The feature is available in the most recent beta version (2.16.341 and higher) for Android and according to MSPowerUser, the feature is also working on the Windows Phone beta app. Once enabled, the app prompts the user for a static six-digit code everytime a new phone tries to access WhatsApp with the registered number.

WhatsApp has been rumoured to introduce two-factor authentication for many months now and the feature has finally gone live for beta users. The feature can be enabled by heading over to Account Settings, where a new option called Two-step verification has just appeared.

Tapping on Two-step verification asks the user to enable the feature. Once enabled, user will have to enter a 6-digit passcode that will be asked each time he/she tries to register their number with WhatsApp. The setup also asks for an alternate email address, the one needed for resetting user passcode.

These steps will immediately activate two-step verification on your mobile number. The final page confirms that two-step verification is enabled and gives option to disable, change passcode and email address. The need to remember another 6-digit code might seem inconvenient at first but it will turn into a crucial line of defense especially if your are someone who switches devices frequently. The feature is only available in beta but its just a matter of time before it makes the jump to final version.

It's worth noting that two-factor authentication is based on the concept of what you have and what you know. That said, WhatsApp's method isn't the ideal way to implement two-factor logins. The GSMA recently introduced something called Mobile Connect, which enables two-factor authentication for users. WhatsApp's method seems similar. WhatsApp will first send you an OTP and then tell you to enter the passcode, thereby achieving two layers of security.

WhatsApp has been enabling tonnes of new features for its platform. Recently, the service added video calling support then there were rumours indicating addition of new Snapchat-like status feature. On the other hand, WhatsApp has been making it social messaging platform super secure too. First it enabled end-to-end encryption for all messages by default and with two-step verification, it will guard against piracy.