Snapchat and WhatsApp rule the roost for photo sharing 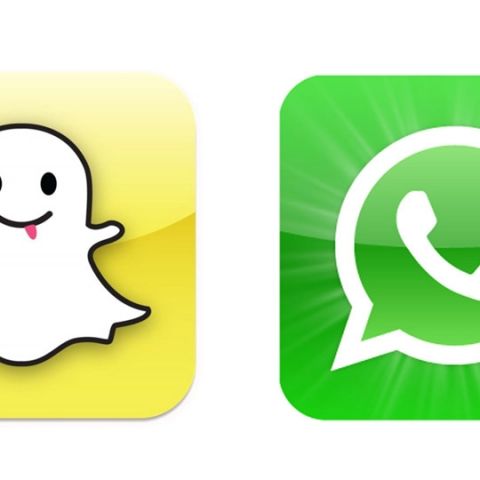 According to the KPCB 2014 Internet Trends report, Snapchat and WhatsApp are now leading in the photo sharing department. The stats have been taken from the period of 2005 to 2014 and considering WhatsApp is just 2 years old, it is a huge hike in the numbers. 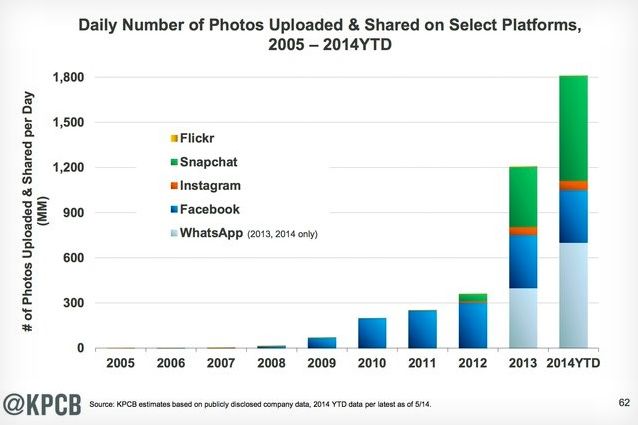 Notably, platforms which started off as web-based services including Flickr and Facebook are not leading the charts. This clearly means that mobile based services are gaining more popularity among the photo buffs. However this won’t be agonizing for Facebook as it recently acquired WhatsApp and Instagram and was recently rumored to give away 4 billion dollars to acquire Snapchat.

Photo sharing has seen a lot of popularity but there is still a large section of people who are wary of sharing their personal pictures online plainly out of security concerns. Sharing of images can be used for a number of benefits including news and social awareness but at the same time, it poses a huge threat for the privacy of the common man.

What is your thought on the photo sharing era? Aye or nay?

Source: KPCB
Via: The Verge