Microsoft has just extended Office suite to users who don't subscribe to Office 365. 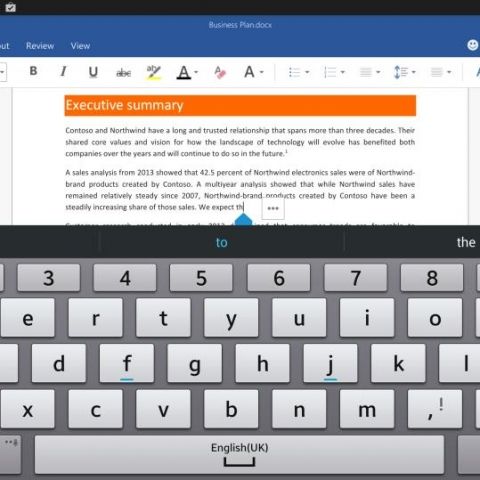 Microsoft has announced releasing its Office apps for iPad, iPhone and Android – a move considered to be a major shift in strategy for the company. This allows users, even those who don't have subscribed to Office 365, to create and edit documents in Word, Excel and Powerpoint for free.

Microsoft has rolled out free version of Office for iPhone and iPad, while a preview version has been launched for Android. Full release of the Android version is expected in 2015. Microsoft, however, is keeping some premium features for Office 365 subscribers such as unlimited OneDrive storage and Dropbox integration.

“Anytime someone has an idea or an inspiration, we want to empower them to take action,” says John Case, corporate vice president, Office, Microsoft. “With over a billion Office customers worldwide, and over 40 million downloads on the iPad, it’s clear that Office applications are what people want to use to get things done.”

As said above, Microsoft's latest move is a major shift in strategy, though not very surprising. The company had already hinted at extending its services on other platforms after launching Office for iPad. It had also allowed users with Office 365 subscription to edit and create new documents.

Microsoft is already bearing the brunt of depleting laptops and desktop computers across the world. Meanwhile, rival Google has been working consistently to improve its productivity suite for mobile phones.

That said, Microsoft is taking a huge risk by making Office free for use. A New York Times report says Office has contributed nearly a third of Microsoft’s revenue during its last fiscal year — approximately $26 billion of $87 billion in total. Microsoft will not heavily depend on adoption of Office on laptops and desktops, and enterprise customers. Moreover, it will have to come up with more new and exclusive features on the apps only accessible to premium customers.