The Notch remover app adds a black bar on top of the wallpaper on the iPhone X, which camouflages the notch 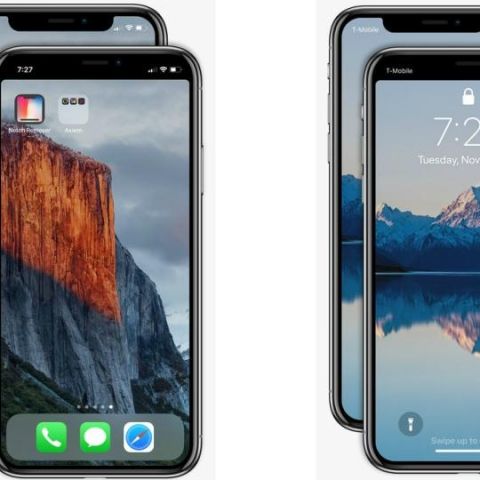 The iPhone X features a near edge-to-edge display, save for a notch on top that houses the hardware required for the functioning of the Face ID. The implementation of the 'notched' design doesn't seem to have done down well with some users as there is now an app that camouflages the notch. Called 'Notch Remover', the app is now available in the App Store and places a black bar on top of the current wallpaper on an iPhone X, which makes the notch nearly invisible. It is priced at $0.99 and has been approved by Apple, even though the company has urged developers to make apps that adapt to the notch.

The iPhone X is Apple's first device to sport an OLED display and the Face ID feature, which enables a user to unlock the smartphone using their phone. The notch on the iPhone X's display houses an infrared camera, a flood illuminator and a dot projector, which are needed for teh technology to work properly.

The Apple iPhone X is reportedly facing an issue where its screen becomes unresponsive in colder temperatures and the Face ID feature also refuses to work. Apple has acknowledged the issue and has said that it will fix the problem with an upcoming software update. According to some rumours, the issue could either be due to a problem with the smartphone's ambient light sensor or because of using the device outside of Apple’s recommended temperature range, which is between 0 to 35 degrees Celsius.

The phone sports a 5.8-inch OLED display and is powered by the company’s A11 Bionic processor. It features a 12MP dual camera setup at the back and a 7MP front-facing camera. The device is priced at Rs 89,000 for the 64GB variant and at Rs 1.02 lakh for the 256GB model.