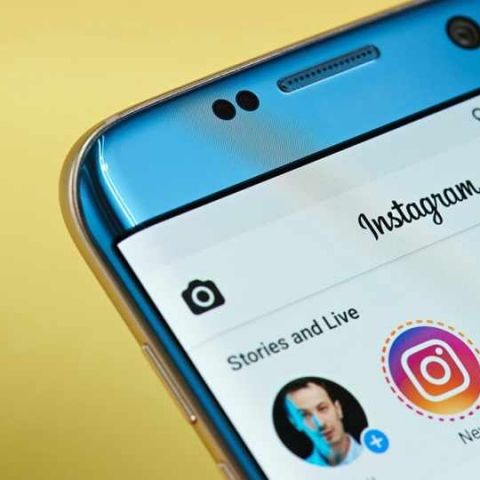 Users can reportedly see who and how many people liked their posts but their followers can't.

With digital well-being in the mind of its users, Instagram might soon remove the ability to see how many likes a post on the platform has. The Facebook-owned social media platform is said to be testing a design change that would shift the focus from the number of likes posts have to the content of the post. The design reform was first spotted by the reverse-engineering expert Jane Machin Wong, who shared some images as well. In one of the screenshots, the app states, “We want your followers to focus on what you share, not how many likes your posts get. During this test, only the person who shares a post will see the total number of likes it gets.”

As you can see from the images below, an Instagram post does now show how many likes it garners. However, Machung says that one who posted it can see how many people have liked it and only their followers won’t be able to see the like count. The new feature could have a major impact on Instagram accounts that bank on their post’s popularity to get more likes and followers. However, it could also enable people to not follow the crowd and bestow likes on posts that have more likes but don’t feature good content. 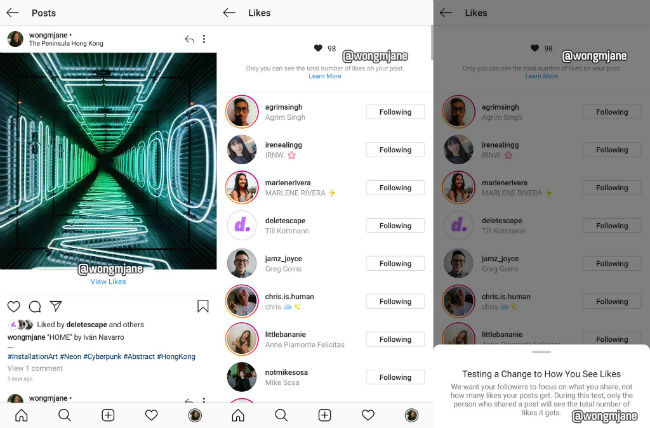 Instagram has confirmed that the new change is being tested as an internal prototype.  A company spokesperson told TechCrunch, “We’re not testing this at the moment, but exploring ways to reduce pressure on Instagram is something we’re always thinking about.” There are said to be some other features under testing like chat thread stickers for Direct messages, simultaneous co-watching of recommended videos through Direct, augmented reality filters for Direct Video calls, emoji reactions to feed posts and more.