Instagram will now allow videos under 60 seconds as Stories: How this will work 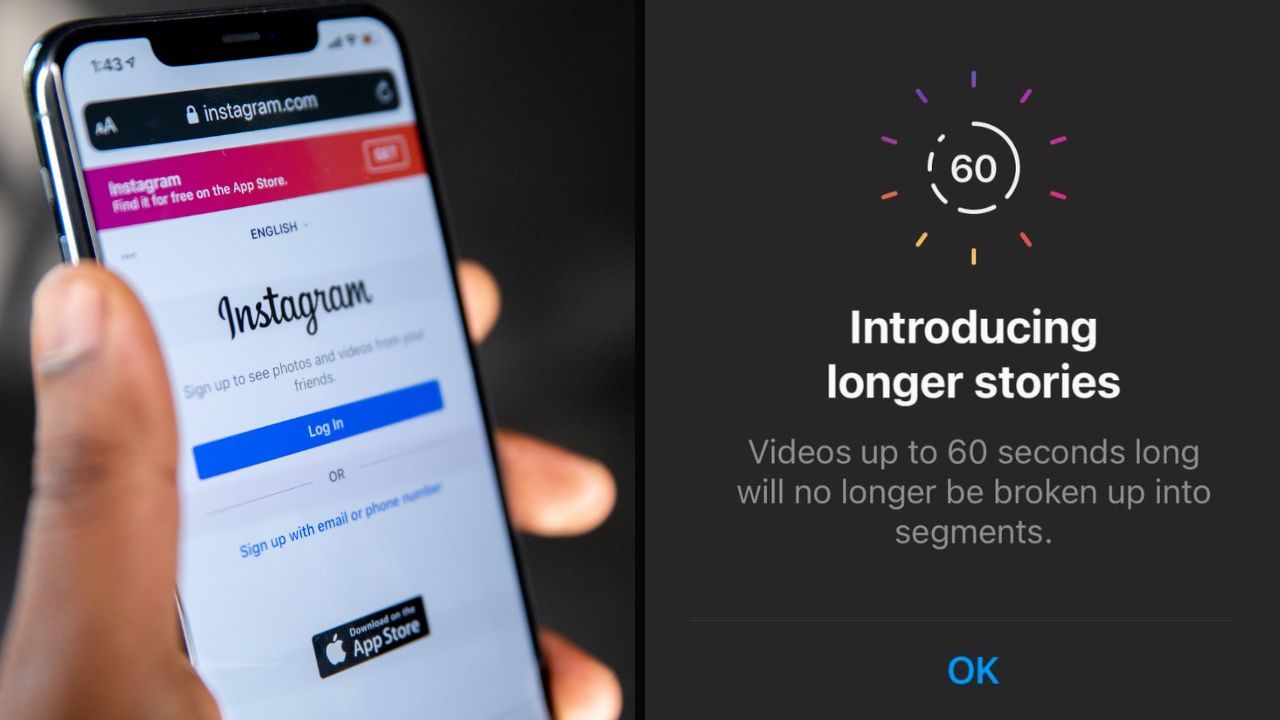 Instagram will now allow videos under 60 seconds as Stories: How this will work

Instagram has upgraded its time limit for videos on its Stories features. In an attempt to beat social media platforms like Snapchat, the social network has increased the maximum length of videos on stories to 60 seconds. Earlier, Instagram used to automatically crop the video length to a maximum duration of 15 seconds or split it into multiple stories. However, this new feature will now allow users to upload 60-second long videos without worrying about the time limit.

Instagram extends the time limit for Stories to 60-seconds

Recently, Instagram has been introducing many major changes to its stories. Earlier, it announced the feature which let users like stories of other users. However, the new changes shouldn't come as a surprise considering the head of Instagram, Adam Mosseri, has already stated that the photos and video sharing app will double down on video.

Instagram has been recently rolling out a lot of video-based content, especially via its Reels platform, which has turned out to be a mega success for the social network. While laying out the platform's 2022 priorities, Adam also mentioned that the app would even further integrate its video content.

Along with the story's time limit, Instagram has also upgraded the time limit for Reels from 60 seconds to 90 seconds. The platform has also been running out tests for posting Stories that will make it easier to mention other accounts or add locations to a post. However, we don't know when these changes will be made available to all users.