Google aims to provide Plus Codes to 1 million households in Kolkata over the next year. 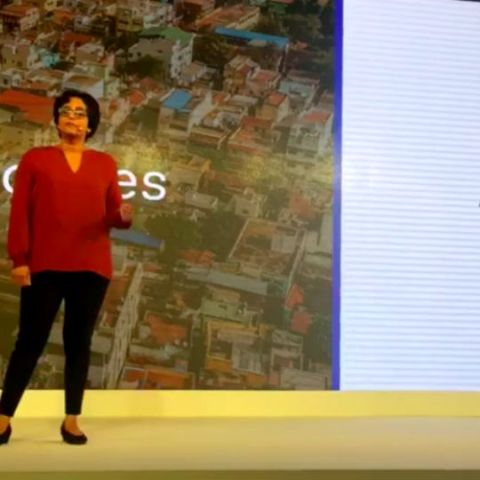 “India is the fastest growing country for Google Maps,” Gayathri Rajan, Vice President of Geo Monetization at Google announced at the Google For India press event held in New Delhi yesterday. At the event, Google introduced new features for its lightweight Maps Go app and also highlighted its ongoing efforts towards the expansion of Plus Codes in India.

Plus codes is an open source solution that works by combining local codes, plus area in a ‘6-character + City’ format. It can be generated and used by anyone with Google Maps on a smartphone or PC, and can also be searched on Google for displaying a location instantly.

India witnessed an important use case scenario for Plus Codes recently when the same were used to accurately locate victims in the flood hit areas of Kerala. Google says that it is expanding the Plus Code initiative in an effort to provide geographical coordinates for every location on Google Maps.

In Kolkata, Google has partnered with NGOs to provide Plus Codes to underserved addresses. There are many localities and areas in the city that lack proper physical addresses. To serve these communities, Google has already helped assign Plus Codes to 100,000 residents across 25,000 households in Kolkata.

“We partnered with an NGO, who together, with the Kolkata Municipal Corporation, are providing Plus Codes to people in these underserved localities,” Rajan announced at the Google For India event.

“When they are opening accounts on the basis of Plus Codes, they are verifying these addresses. So it’s a due course that the bank is following. We are just working with them to provide the solution. They are just not relying on the fact that we are saying this is the address. They are verifying with their due processes and then opening accounts,” a Google spokesperson said answering Digit's question on the reliability of Plus Codes as formal address proofs.

Not only in banks, Google is also helping postal services deliver mail to underserved addresses in Kolkata through Plus Codes. Google, in partnership with NGOs, is training postmen to find addresses on Google Maps using Plus Codes. The company hopes to assign Plus Code addresses to 1 million households in Kolkata over the next year, but said that these digital addresses will, in no way, replace the formal addressing system.

“What you are seeing is very early stages. Think of Google providing this open source coordinating system and partnering with others. Beyond that this is not an address system that is going to supercede the formal address system. Think of this purely as a technology solution,” Rajan clarified.

It will be interesting to see how banks are using Plus Codes to identify unmapped addresses of customers and what processes they follow for a secondary verification to check the authenticity of these addresses and match them to customer. There are a lot of questions that remain unanswered as to how this process works in practice. We may hear more on the same once the initiative picks up steam and gets the necessary regulatory recognition.