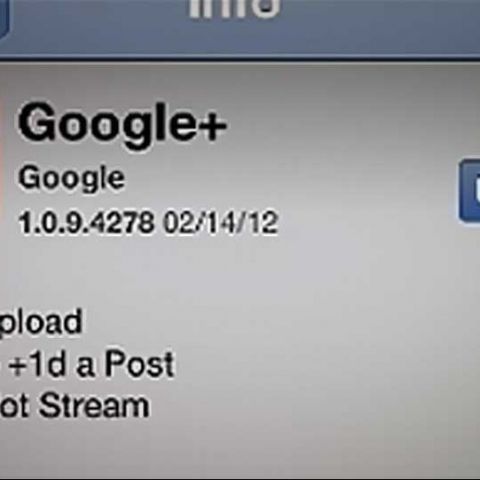 The highly anticipated instant upload feature automatically uploads any photos and videos taken on the iOS camera app into a private album on Google , Anton Lopyrev, a product manager for Google Mobile, wrote in a Tuesday post on the social network. Once uploaded, users can choose whether or not they want to share the photos with their Circles.

During The Grammys on Sunday night, Google premiered a commercial titled "New Dad" that touted the instant upload feature as a way to seamlessly back up all photos so that if a phone is lost, the pictures on it are not.

With the feature, photos and videos will only be automatically uploaded, however, while users have the app open on their device.

"Instant upload is only active while the Google iOS app is open, and for a brief period after you close it," Lopyrev explained in the post. "Re-opening the Google app resumes your photo and video uploads exactly where they left off."

Upon launching the updated app, Google will prompt users to turn on instant upload and ask whether photos should be uploaded over Wi-Fi and 3G or just Wi-Fi. Users will also have the option of disabling the feature.

Tuesday's update also adds the What's Hot stream to the app, which is essentially the Google version of Twitter's trending topics.

Also, with the update, users can shake their device while the app is open and it will pull up a screen where they can send Feedback to Google. The update also includes various bug fixes and performance improvements.

"We look forward to seeing your beautiful pictures on Google ," Lopyrev wrote. "Do keep the feedback coming!"