The app has also been redone with new UI and background colour scheme. 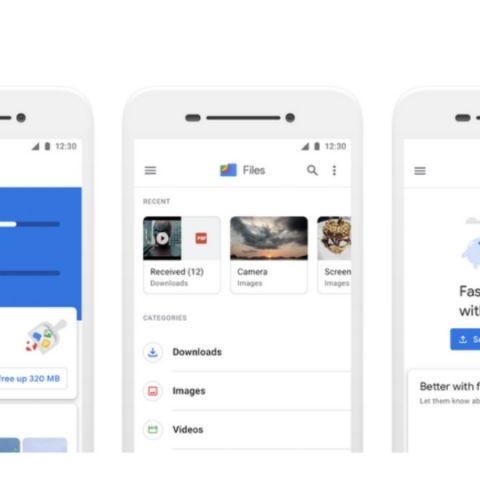 Google has rebranded its file management app Files Go to Files and has announced that it is now being used by over 30 million monthly users. Alongside file management, the app enables users to free space on their devices by managing files and one can also transfer files offline without an active internet connection. The Files app was meant for low-end phones and as a means to share files in offline in areas with patchy internet connectivity like in countries such as India, Brazil and Nigeria. Now, the app is also getting a revamped user experience with a new Material Theme design and the background colour theme has also changed to white. The company has not cited any reason as to why the sudden change in nomenclature but it could be to expand the app's reach.

“In less than a year, Files Go has grown tremendously to serve over 30 million monthly users. We’ve noticed that people across the globe are using it, no matter what type of mobile phone they have or how fast their internet connection is. We often find that products designed for the Next Billion Users work just as well for everyone—including people with a fast 4G connection and a top of the line smartphone who want to organize their files and save on storage as well!” States Googe in a Blog post.

In its last update, Google added a new 'Share' tab to the app to facilitate easier file sharing and considerably increased the speed of offline file transfers. The connection protocol was also improved and said to take an average of five seconds for connecting two devices and some new security measures were added for secure connection establishment and encrypted transfers. The offline file sharing speed can now use 5GHz Wi-Fi Direct for sharing files at speeds of up to 490Mbps.