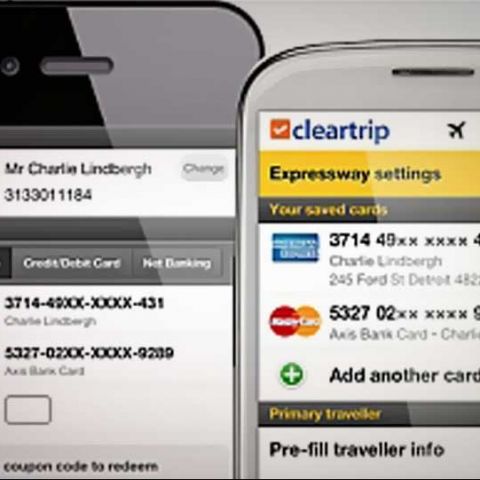 Online travel portal Cleartrip has announced the launch of a new application for iOS platform. The Cleartrip app for iOS features the two-column split-screen search feature, which is said to make the process of selecting flights and checking ticket prices much easier on a mobile device.

The app also has the geo-location feature, which allows one to choose the airport for departure from the current location, or recently searched airports. The search platform of the app also enables to swap the “from” and “to” cities with a tap. The app has the option to sort the results to check the cheapest, fastest or the earliest flight.

Users can make payments using credit cards, debit cards, net banking account or by signining into the Cleartrip account. The app also supports payment via Expressway, a one-click checkout convenience. If you don't have a Expressway account, it can be activated by saving card details through the app. Also, the cards selected on Cleartrip’s desktop site are also available on this app.

It's notable the current version of this app comes with flight bookings within India only. The company, however, promises to release an update to the app very soon. The app is compatible with iPhone 3GS, iPhone 4, iPhone 4S, iPod touch (3rd generation), iPod touch (4th generation) and iPad. And it requires iOS v4.0 or later. Users can free download the Cleartrip app for iOS from here.

Cleartrip app is already available on Windows Marketplace, and the company also offers a mobile site to access a large number of its services.

Cleartrip's iOS app launch comes days after another online travel portal, MakeMyTrip, introduced applications for iOS and Android. The MakeMyTrip app comes with similar set of features and aims to make flight booking and travel scheduling easier on the go. To know more about the app, read our previous coverage.