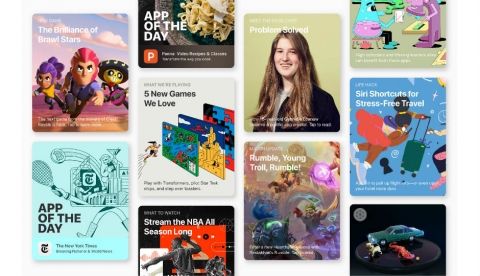 Apple has announced that in a record, its users spent over $322 million on New Year’s Day and it raked in $1.22 billion between Christmas Eve and New Year’s Eve.

Apple says that App Store spending between Christmas Eve and New Year’s Eve topped $1.22 billion. It also adds that in a new single-day record, its customers spent over $322 million on New Year’s Day 2019. As per the company, app downloads and subscriptions during the holidays were most popular in gaming and self-care categories. Multiplayer online battle royale games such as Fortnite and PUBG are said to be among the top downloaded games, along with Brawl Stars, Asphalt 9 and Monster Strike. With the onset of the new year, Productivity, Health & Fitness and Education apps are already doing well with 1Password, Sweat and Lumosity climbing the charts in their respective categories.

“The App Store had a record-breaking holiday week and New Year's Day. The holiday week was our biggest week ever with more than $1.22 billion spent on apps and games, and New Year’s Day set a new single-day record at more than $322 million,” says Phil Schiller, Apple’s senior vice president of Worldwide Marketing. “Thanks to the inspiring work of our talented developers and the support of our incredible customers around the world, the App Store finished off an outstanding 2018 and kicked off 2019 with a bang.”

The increased spending by users on the App Store could also be because around new year, Apple allowed shoppers to gift in-app purchases to friends. Previously, users could only gift paid apps to others but not paid in-app content. A report from Sensor Tower suggests that the App Store earned almost 93 percent more than Google Play in the third quarter of 2018. About 66 percent of the $18.2 billion in mobile app revenue generated in the quarter is said to have come from the App Store. It made $12 billion in the quarter, which is up 23.3 percent from the $9.7 billion year-on-year. In comparison, Google Play earned $6.2 billion in the quarter, up 21.5 percent from $5.1 billion it made during the same period last year.