Hands-on with the Zebronics ZEB-FIT500 Activity trackers!! Everyone is building one and electronics company Zebronics won’t be left behind. After the ZEBFIT-100 launched last year in October 2016, Zebronics recently launched an upgraded version of its basic tracker with the ZEB-FIT500. The new activity tracker contains a lot of standard features that were already there in the Zebfit 100, like a 1.24cm OLED display, 7 Day data storage, 15 Days and above standby time, caller ID, notifications, remote camera shutter, with almost identical dimensions and weight. In addition to that, the new tracker also contains a heart rate monitor and a touch sensitive button. 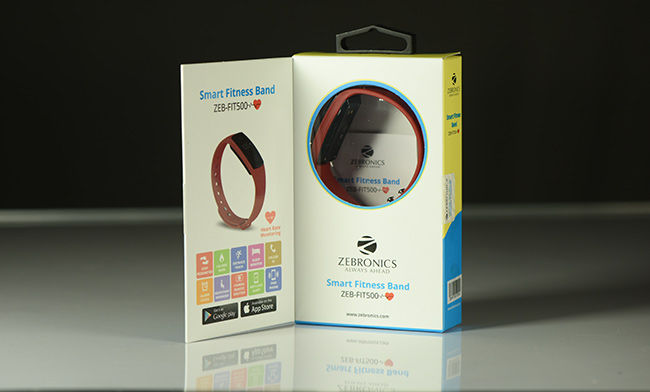 At first look, the ZEB-FIT500 appears to be just another activity tracker. But within a few moments the attention to detail is apparent. Interestingly, we saw a similar design on the Fastrack Reflex launched recently on 13 March 2017. The band is made of standard TPE and sports an interesting etched pattern that makes it look different from many of its competitors. The latch mechanism is also made of a metallic button similar to that of the Reflex. Although smaller in size, it lends an equally appealing look to the band.
The non-removable capsule is appropriately sized and doesn’t feel particularly heavy or big. The OLED screen itself doesn’t have touch capabilities but the device sports a button below the screen that is touch-operable. With a non-removable capsule, we would have preferred a waterproof device, but the ZEB-FIT500 is only water resistant and is not suitable for swimming or diving.

Unlike some basic activity trackers, ZEB-FIT500 boasts of an overall rich feature set. One of the many interesting things about the ZEB-FIT500 is the inclusion of a touch button without removing the physical button present in the base model. Although it’s hard to imagine a common situation where there would be a clear preference for either, the options are a welcome change in this product category.

The activity tracker also features Caller ID and quite a lot of other standard features expected in this category, like a sedentary reminder, time display, alarm and notification functionalities and even throws in a remote camera button. In terms of security, the tracker boasts of features like Anti-lost alert and a ‘Find Phone’ feature which, when activated, will ring your paired smartphone on the long press of the touch button. 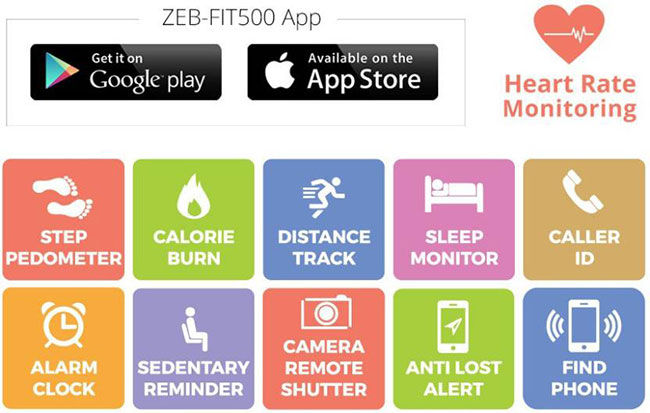 The heart rate monitor is also a welcome addition to this model. It features two modes - manual and automatic. While the default mode is automatic - where the band keeps checking your heart rate regularly and updates the data in the app - the manual mode is unique and highly useful. To enter the manual mode, simply switch to the heart rate sensing mode and perform your activity. The band will keep sensing your heart rate and displaying it dynamically on your screen. This feature is especially useful to monitor your heart rate in the midst of an activity to see how well you’re pushing yourself.

Even with a rich and diverse feature set, as mentioned above, the ZEB-FIT500 mostly fails to perform well on most of them. Some of the features like the Caller ID and the Wrist Sense, which activates the display every time you lift your wrist, worked perfectly well every time. But most other features, like the SMS alert function or even the SNS alerts, which are supposed to push app-specific notifications from apps like Facebook Messenger, did not work even after a couple of tries. 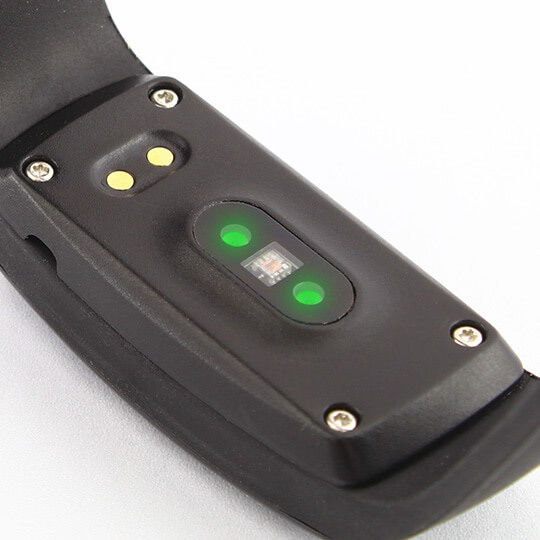 When it comes to actual step tracking, the ZEB-FIT500 isn’t the most accurate step tracker out there. In fact, it appears to be quite lenient towards which motion to consider as a step, and often ended up completing the daily goal even before half a day was over. That is another area where we noticed a disconnect between the app and the device - the app did not sync the daily goal to the device, which seemed to be stuck with a goal of 10,000 steps. As a result, the device ended up showing an incorrect representation of the percentage of the goal completed. In another area, the heart rate sensor worked fairly well, with appropriate changes in the heart rate being detected almost instantaneously. The weeklong data storage is also welcome - something that was surprisingly missing from the competing Fastrack Reflex. 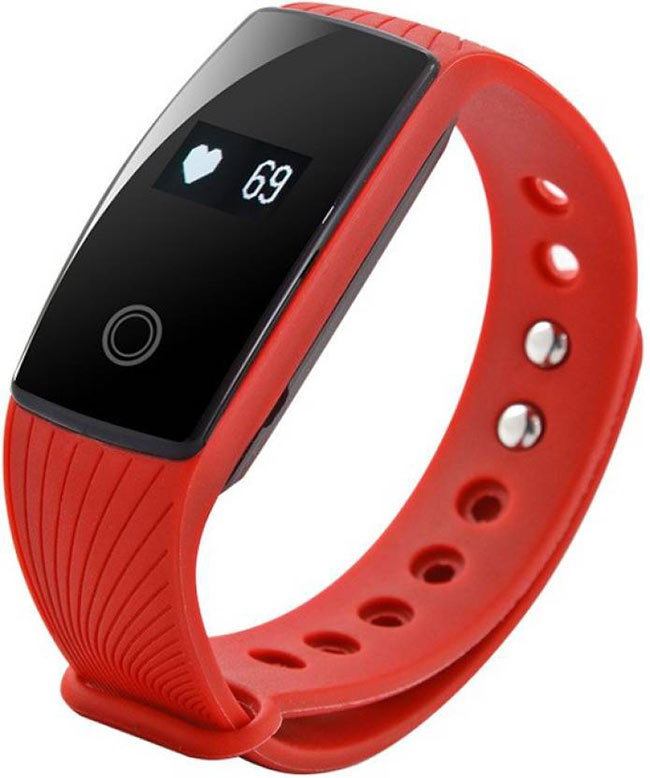 The app itself could use some work. It does feature very useful graphical representations of all your data - segregated and highlighted based on time and the nature of the activity. For instance, you can see around when you entered deep sleep and when you woke up. When it comes to sleep tracking, the device is fairly automatic and accurate, with only a couple of occasions where sleep was missed in the data. Another very useful feature in the app are the averages that it displays - be it average sleep start time, end time or total awake time.

The ZEB-FIT500 is a pricey fitness tracker at Rs. 3,999/-, although at the time of this article being written, it is also available on Flipkart for Rs. 2,440/-. Most of the features available on the device are also available from competitors at lower price points. But what works for the device works really well. Take the perfectly functional Wrist Sense which makes it an excellent watch substitute, along with dynamic heart rate monitoring. And especially if looks matter to your next wearable purchase, the ZEB-FIT500 does not disappoint with its textured band with options in red and blue along with black. Overall, go for it at the discounted price and you won’t be disappointed. On the other hand, at the original MRP of almost 4k, it might be good idea to spend a little bit more for more accuracy from something like the Fitbit Zip.