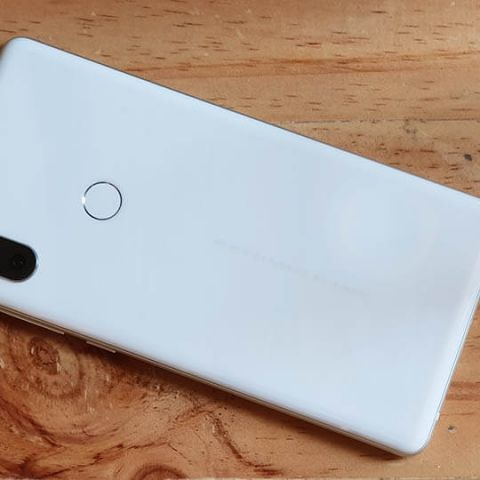 If last year’s Xiaomi Mi Mix 2 got lost in the crowd of bezel-less phones, the Mi Mix 2S restores the novelty factor for Xiaomi. Not for the edge-to-edge display that has mostly remained the same, but for the lack of a display notch. With almost every phone looking like an iPhone X rip-off these days, the Mi Mix 2S is a breath of fresh air. While everyone waits for that fresh air to officially come to India, we managed to spend some quality time with the phone in New Delhi. We walked away feeling impressed, but there is a lot more to the story. However, the biggest question facing the device is, will it make the same impact the OG Mi Mix did? 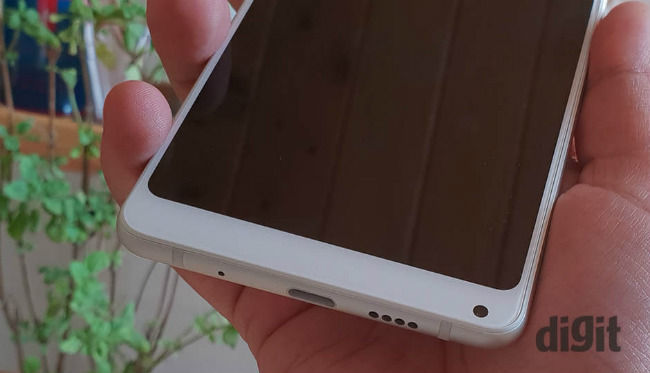 The Mix lineup is essentially Xiaomi saying yes, we can make premium high-end devices. The Xiaomi Mi Mix 2s is once again made out of ceramic encased in an aluminum frame and an edge-to-edge display. Holding the phone, it feels luxurious in the hands probably because I’ve become used to holding a large rectangle. It isn’t to say that the design has lost its sheen (it most definitely has not thanks to the ceramic body which is highly reflective), but it begs for a makeover. The Mi Mix 2S retains the same form factor as its predecessor (almost the same dimensions), with subtle differences that scores high on ergonomics. It’s more curvier for one which makes the hand-feel more fluid. There’s also more heft to it which makes it easier to grip.

Hardly anything has changed on the front fascia of the phone. The Mi Mix 2S retains the 5.99-inch display that isn’t exactly bezel-less, like the Mi Mix 2. There’s a thin border around the edges and a thick lower lip which houses the front-facing camera. What’s worth noting is that while most OEMs have now embraced the notch, the Mi Mix 2S is boldly defying the trend. By relying on delivering the sound to the top using a pipe, Xiaomi has done away with the need of a notch.

But while the Mi Mix 2S is markedly different from the iPhone X from the front, all that is undone when you turn it around. The vertical dual camera placed on the top left corner resembles the iPhone X design entirely. According to the company, the vertical dual camera can be identified more easily globally (no points for guessing why!) and also help save space inside the body. Nevertheless, you have dual cameras on the top corner, the fingerprint sensor bang in the middle and the ‘Mi Mix designed by Xiaomi’ etched right below. The gold rim around the camera and the fingerprint sensor has been retained in the black variant while the white variant has the same thing in silver. All that combined makes the Mi Mix 2S one of the most premium-looking Android flagships out there right now. 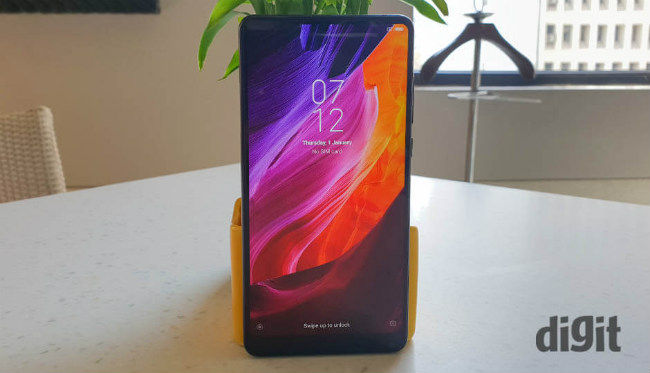 The Mi Mix 2S retains the 5.99-inch IPS LCD panel with a fullHD+ resolution and 18:9 aspect ratio that was introduced in its predecessor. That said, Xiaomi has managed to improve the screen-to-body ratio which makes the panel seem more immersive than ever. The colours are also quite vibrant and even though it’s an LCD panel, the blacks seemed quite deep. The fact that the display isn’t interrupted by a cutout in the middle makes things look more seamless. More apps are also compatible with this one than, say, the new Oppo F7.

The MIUI 9.5 interface powering the phone also offers the option to tweak the colour temperature while the brightness is enough to make things discernible under harsh sunlight.

Performance and UI: Powerful and fluid

The design and build of the Mi Mix 2S is certainly impressive, but what is even more satisfactory is the fact that the phone is powered by top of the line hardware. Having missed out on going to Mobile World Congress that was held earlier this year, this was my first encounter with a phone powered by the Qualcomm Snapdragon 845 chipset. The 10nm manufacturing process makes this phone one of the most power efficient performer out there as Xiaomi claims the power efficiency improves the battery life, but we will have to put that claim to test. Nevertheless, the Mi Mix 2S has an octa-core chipset with a max clock speed of 2.8GHz and an Adreno 540 GPU. That is combined with up to 8GB of RAM and 256GB of storage making this one of the most powerful flagships around. Although, it remains to be seen how much of that raw power can actually be used as there are no apps right now to stress the chipset out completely.

The impressive hardware underneath is combined with the latest MIUI 9.5 but unlike the older Xiaomi phones, the MIUI 9.5 on the Mix 2S is based on Android 8.0 Oreo. That brings iPhone-X like gesture support to the Mi Mix 2S which I felt was quite intuitive. The learning curve wasn’t as steep as I expected and within a minute or two of use, I managed to a hang of it. That apart, there aren’t much new in the interface. If you have used a Xiaomi device, you will feel right at home. 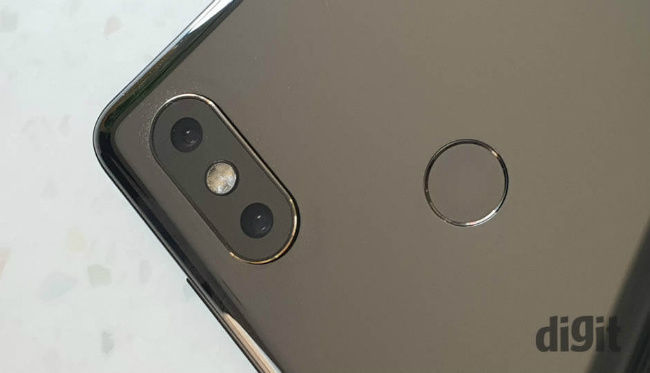 The camera at the back of the Mi Mix 2S not only looks like that on the iPhone X, but apparently, also performs similarly. At least that’s what DxO Mark claims. While it’s too early to take a call, the camera quality is certainly impressive. More importantly, it’s better than its predecessor which received some flak for shoddy imagery. This also happens to be the first phone in the Mix lineup to include a dual camera, and like the Mi A1, Xiaomi has gone for a standard 12-megapixel wide-angle and another 12-megapixel telephoto lens. There is a 1/2.55 inch sensor underneath the wide-angle sensor with 1.4um sized large pixels while and F/1.8 aperture, while the second telephoto lens houses a 1/2.9-inch sensor with an even larger 1.0um sized pixels and F/2.4 aperture.

The camera setup allows for 2X optical zoom for close-up shots and dual pixel phase detection autofocus which should convert to faster focussing speeds. The Mi Mix 2S also retains the 4-axis Optical Image Stabilisation from its older sibling as wells as the dual-LED flash. Xiaomi also claims the camera is enhanced using artificial intelligence which helps recognising objects much faster and tunes the image based on that. We will have to test the camera more intensively to figure whether it is actually making a difference. The portrait mode too seemed okay, but since this was not a commercially-available product, it wasn’t fair to draw conclusions.

On the front, you get a 5-megapixel shooter located, weirdly, at the bottom. The front camera can take portrait shots with the background blurred out, but the odd placement requires some training to get that perfect selfie.

Summing up, the Mi Mix 2S definitely feels like a luxury product, just like its older siblings, but this time around, the phone packs some serious firepower and a much better camera.