Who should buy the Asus Zenfone Max Pro M1 and who should skip it? 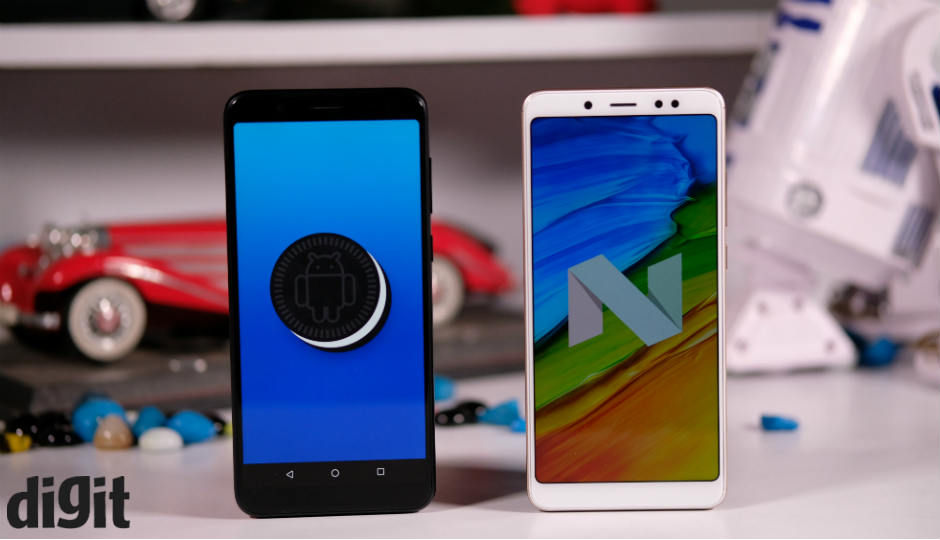 Think of the mid-range smartphone segment and the first brand that comes to mind is Xiaomi. The Chinese company has dominated the segment with one phone for every price point. Particularly popular is the Redmi Note 5 Pro, which used to be the most powerful mid-ranger around with a new Snapdragon 636 chipset and a camera that can give established players a run for their money. But then, the phone has garnered some notoriety for being ‘out of stock’ most of the times, thanks to Xiaomi’s flash sale model. More than that, the recent price hike of the smartphone from Rs 13,999 to Rs 14,999 for the 4GB+64GB variant might just make buyers look for other options. And speaking of other options, Asus’ clone of the Redmi Note 5 Pro running on stock Android will go on sale from Thursday, May 3.

The Zenfone lineup of phones by Asus have always boasted of top-of-the-line specifications for whatever price point they arrived at. The reason why they never became popular is because of their unrealistic, exorbitant prices. The company seems to have paid attention to the feedback and the Zenfone Max Pro M1 is priced starting Rs 10,999 undercutting its biggest rival — The Redmi Note 5 Pro.

In our review we noted that the Asus Zenfone Max Pro is basically a Redmi Note 5 Pro running on stock Android, only cheaper. Asus has deployed the same hardware underneath to power the phone — The new Qualcomm Snapndraong 636 chipset coupled with 3/4GB of RAM and 32/64GB of storage. There’s also a 6GB RAM variant in the pipeline that will come to India soon. But does that make the Zenfone Max Pro M1 as enticing as the Redmi Note 5 Pro? Not really. As much as they are the same, there are certain areas where Xiaomi’s offering beats the phone. As a result, while the Zenfone Max Pro M1 is definitely one of the most attractive offerings to come out of Asus’ stables, it might not be for everyone.

Who is the Zenfone Max Pro M1 for?

The biggest feature in favour of Asus is its decision to go with stock Android. Most Android fanboys will agree that closer to stock, the better is the experience. There are multiple reasons for it — For one, users like to have the freedom to choose the skin and theme they want and not depend on the OEM to force a certain iOS-like theme on them. There’s less duplication and bloatware on stock Android. The Zenfone Max Pro M1 has literally no bloatware save for a payments app that can be uninstalled.  Running stock Android also means security updates can be pushed out more regularly, and Asus has promised to send updates less than two months after Google pushes them out. A custom interface also can extract extra load from the battery and impact performance. Google improves the efficiency of Android with every update and stock Android is where it can be experienced the best.

Xiaomi’s MIUI is no slouch though. The company may have ignored Google’s updates and stuck to its own update cycle, the features and optmisations it offers is not seen often. The fact still remains that the UI is heavily customised and doesn’t even come with an app drawer. As a result, Mi phones have not always been up to everyone’s taste. Having a stock Android alternative with the same powerful hardware, is therefore, a blessing for users.

The display on the Zenfone Max Pro M1 is also brighter and slightly better than the one on the Redmi Note 5 Pro. While both sport an 18:9 5.5-inch IPS LCD panel, Asus has taken the help of Qualcomm’s technologies to peg the contrast ratio and sunlight legibility higher. The colours as a result, are more vibrant on the Max Pro.

Performance, too is at par with the reigning champion of mid-rangers. The Snapdragon 636 may be a mid-range chipset but it uses the same custom Kryo cores that Qualcomm deploys in is 8-series flagship chipsets. While the max clock speed of the processor may have come down to 1.8GHz from 2.2GHz in the Snapdragon 625, the resources are utilised more efficiently with longer sustained peak performance. That helps when you are running apps that tend to stress the processor. The Zenfone also had around 45 percent free RAM available while the Redmi Note 5 Pro had around 36 percent RAM free. This indicates that the Zenfone Max Pro M1 is certainly more reliable when doing something performance-intensive. Furthermore, the Max Pro is powered by a gigantic 5,000mAh battery that easily give a day and a half worth of juice.

Summing up, the Asus Zenfone Max Pro M1 is great for anyone looking for a reliable performer with a familiar interface that’s both simplistic and eats less resource. The phone is also built to take some damage. While there is no Corning Gorilla Glass on top of the display, the body is made out of a single block of aluminium with polycarbonate edges on the top and bottom for network reception. Having more performance for less money is always a good thing, especially since the next best alternative is now Rs 1,000 more expensive. But there’s a reason why Xiaomi phones are a tad bit more expensive than Asus’ offering.

Who should skip the Zenfone Max Pro M1?

The Redmi Note 5 Pro relies on machine learning to improve the imaging prowess. It sports a 12-megapixel sensor with f/2.2 aperture and 1.25um pixel pitch along with a 5-megapixel depth sensor at the back. Asus also sports a similar arrangement, but the results aren’t the same. The Redmi Note 5 Pro proved consistently better during our testing. Both the daytime and low-light performance are top-notch at that price, with good dynamic range and sharpness. The Zenfone Max Pro M1, on the other hand, may be better than most other mid-rangers, but the photos come across as bland and uninspiring when held against the Redmi Note 5 Pro. The bokeh mode is also more consistent and realistic in the Redmi Note 5 Pro, while that on the Zenfone Max Pro M1 comes across as something edited in Snapseed.

The difference in imaging prowess becomes even more stark in the front camera. The Redmi Note 5 Pro sports a 20-megapixel front camera with 1um pixel pitch and a rather large 1/2.8-inch sensor. All that makes selfies and portrait shots stunningly good. Xiaomi claims to have taught the camera to optimise the facial features of Indians better to make them look better in the photos. Furthermore, the Redmi Note 5 Pro is currently the only phone that can take a group portrait shot. The Zenfone Max Pro M1 with its 8-megapixel shooter cannot keep up with it. The front camera often clips the highlights while the facial details aren’t as prominent.

Essentially, if you are a photography enthusiast and plan to get a phone to take good, aesthetic photos, it’s better to try your luck to get the Xiaomi Redmi Note 5 Pro, price hike notwithstanding. That extra money goes to making the camera at the back and the front one of the best in the business and it’s worth paying the premium.

However, if no-nonsense performance is what you’re after, that too at a stringent budget, the Asus Zenfone Max Pro is your best bet right now. The fact that it’s available on open sale with pre-orders starting today is even better news.