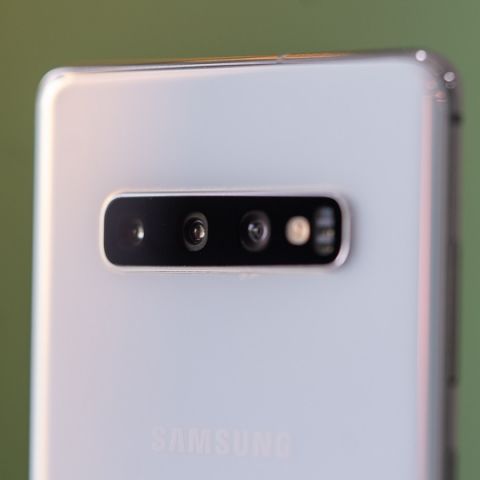 Samsung’s 2019 flagship lineup of smartphones has come to the market with a lot of hype, especially around that triple rear camera and dual front camera setup. We always have a hard time digesting any claims of supremacy when it comes to the camera, so we put each and every one of Samsung’s claims to the test in this detailed analysis.

Disclaimer: All photos in the below article have been resized for web, causing a drop in image quality. You can see the original, straight out of camera JPG files in our Flickr Gallery here.

We’ve had a great experience with Note 9’s camera, so we had high hopes from the Samsung Galaxy S10. The primary camera definitely is still one of the best out there, offering excellent AF speeds in good and low light. In terms of colour reproduction, we see very natural blues, very common for flagship sensors. We also noted some over-saturation in reds and oranges, which is again typical behaviour. The camera’s built-in AI still continues to take photos of food far warmer than they should be, but now, its easier to disable the effect by just typing on the food icon that will pop up on the corner of the screen. The primary camera continues to feature Samsung’s dual aperture system, which automatically switches between f1.5 and f/2.4. While Samsung heralds it as a huge leap for smartphone photography, it really serves no real benefit. If anything, the automatic nature of the dual aperture can be annoying sometimes. If you want to take a photo in bright daylight at f/1.5 in order to get some shallow depth of field, you’ll have to use the Pro mode, which will be an inconvenience for novice users. 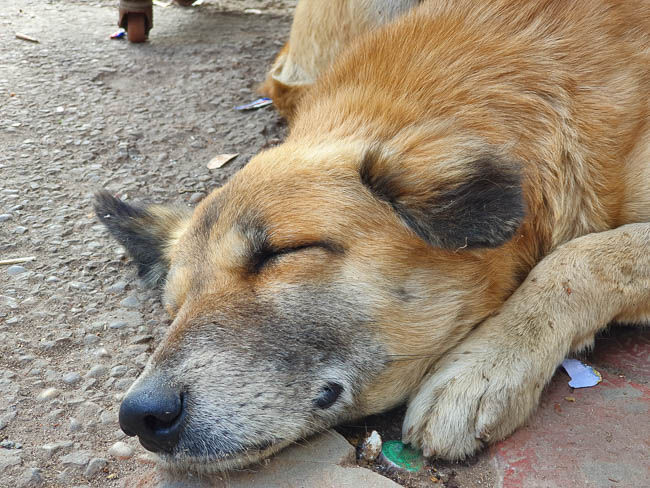 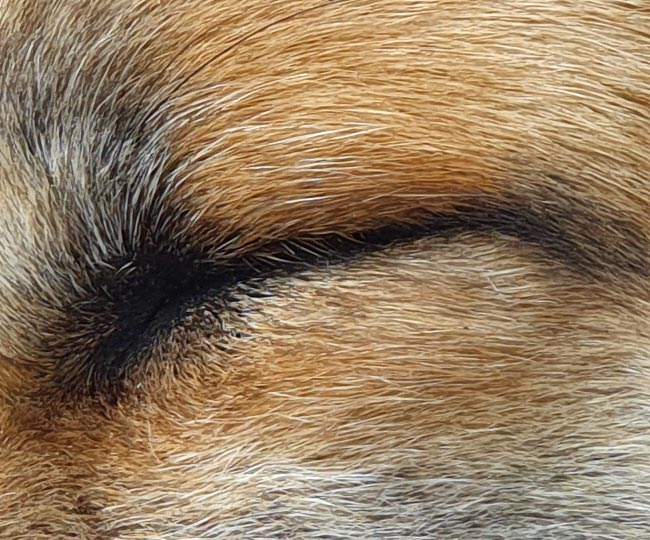 100 percent crop of above photo 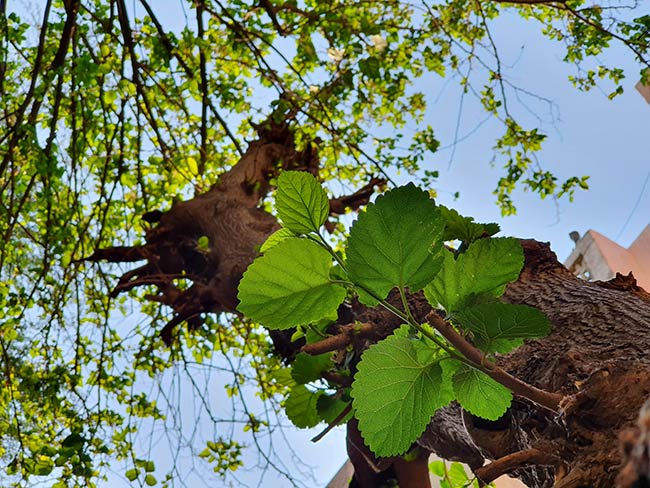 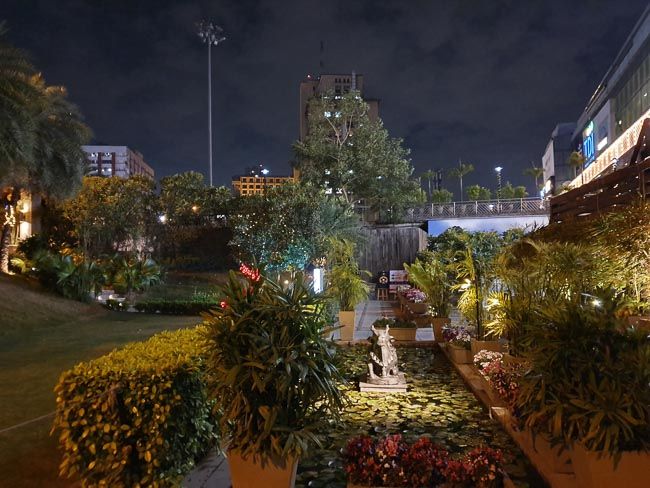 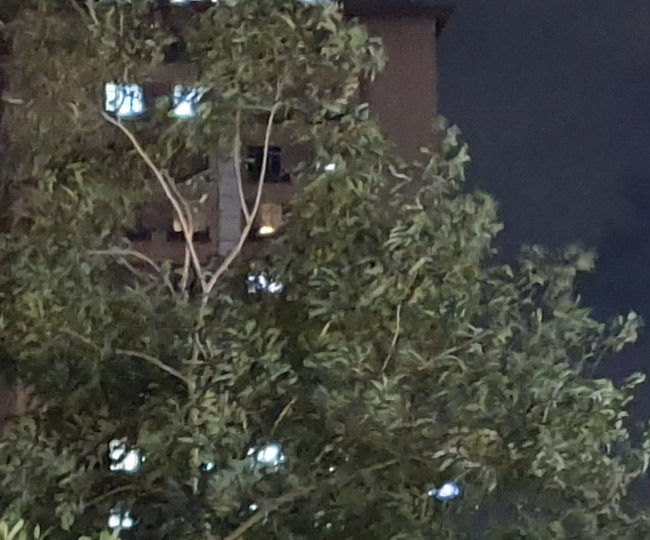 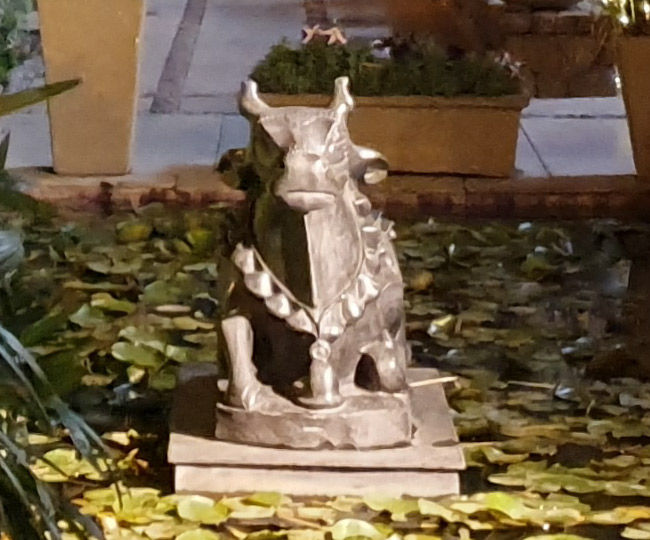 100 percent crop from center of frame 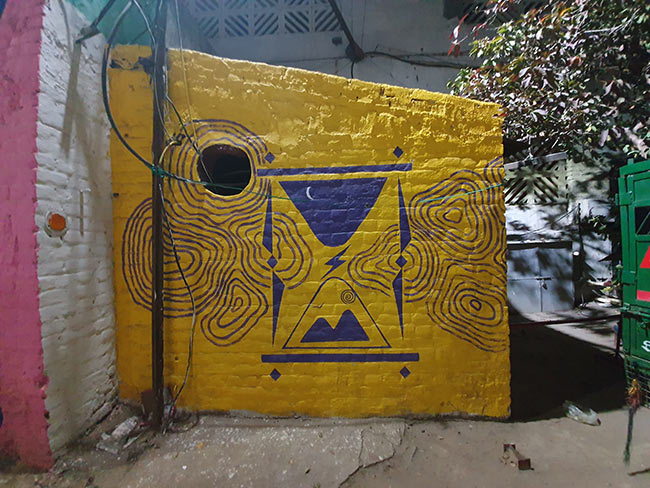 In terms of distortion, the 26mm lens has fairly well-controlled barrel distortion. We do see some chromatic aberration around the edges in some of our sample shots, but only in situations of strong contrast brought on by a strong backlight.

The 12mm ultra-wide camera is the widest on a flagship at the moment, with both LG V40 and the Huawei Mate 20 Pro offering a 16mm camera. Samsung has crafted an aperture of f/2.2 on the ultra-wide lens, the same as the Huawei Mate 20 Pro but LG has managed to get to f/1.9.  For Samsung, this is a first on a flagship smartphone and while it’s a good attempt, it is far from perfect.

The small aperture makes results in low light not that appealing as the camera is quick to develop noise, especially in the corners. The corners, besides noise, also tend to be noticeably soft. Lastly, the lens exhibits abnormally high amounts of barrel distortion, with the curvature being apparent all through the frame. Probably the most saddening part about the ultra-wide lens on the S10 Plus is the lack of autofocus, which makes getting the right shot difficult. However, this isn't the case all the time. 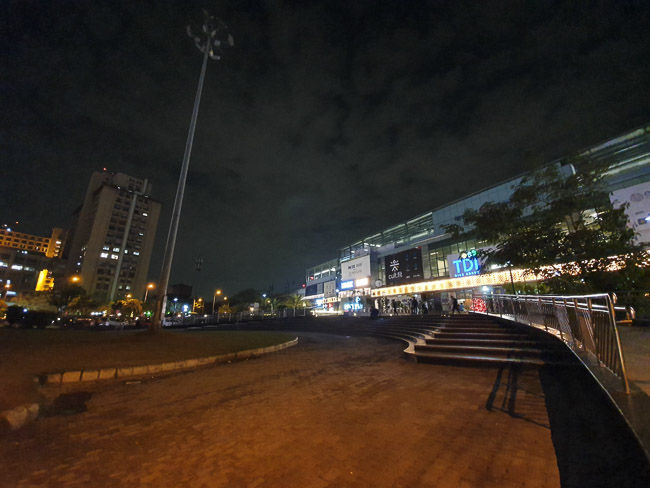 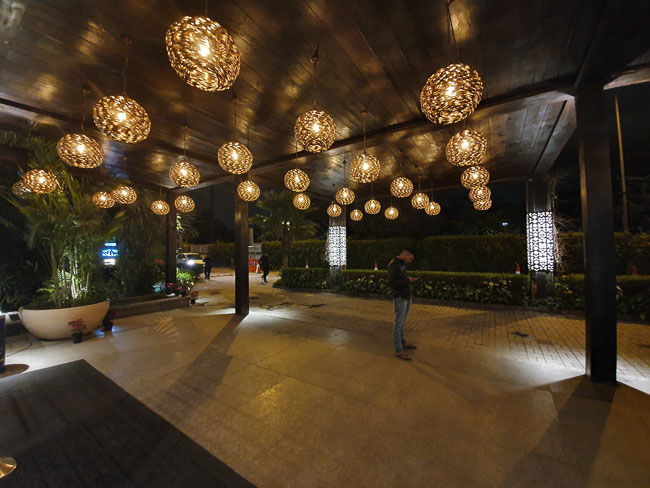 The distortion from the lens can cause some noticeable artefact 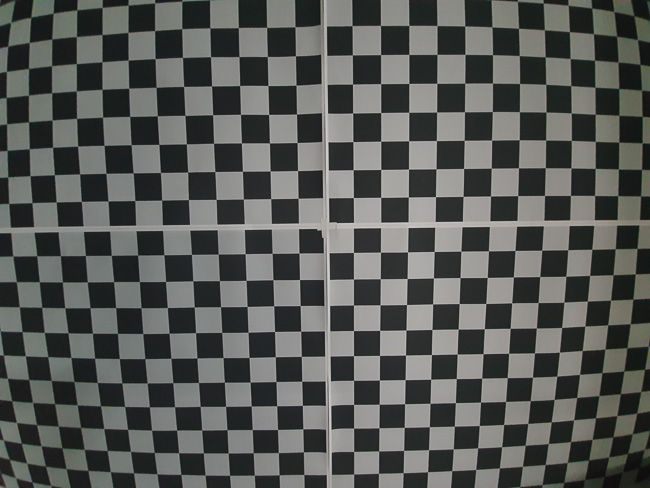 When used in good amounts of light, and with clever composition, you do get very impressive results. Great colours, impressive dynamic range and if the subject is far enough from the lens, then it will be tack sharp. Unfortunately, with the focus of the lens fixed at infinity, you will not be able to get those funky, ultra-distorted close-up portraits. It’s a good first attempt from Samsung, but there is definitely plenty of work to be done, especially since the competition does offer better implementations in some way or the other. 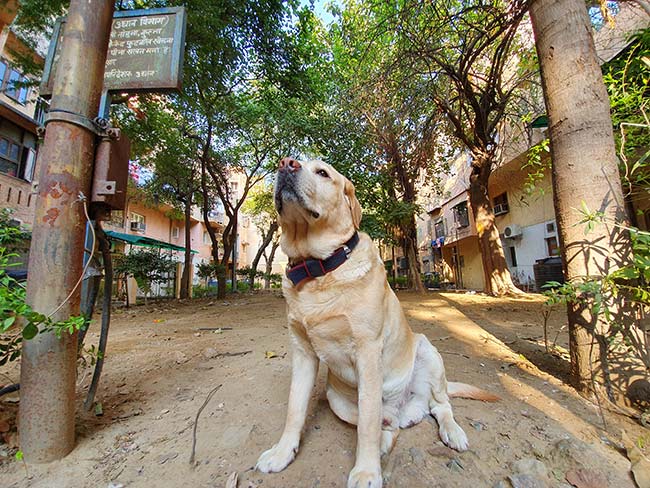 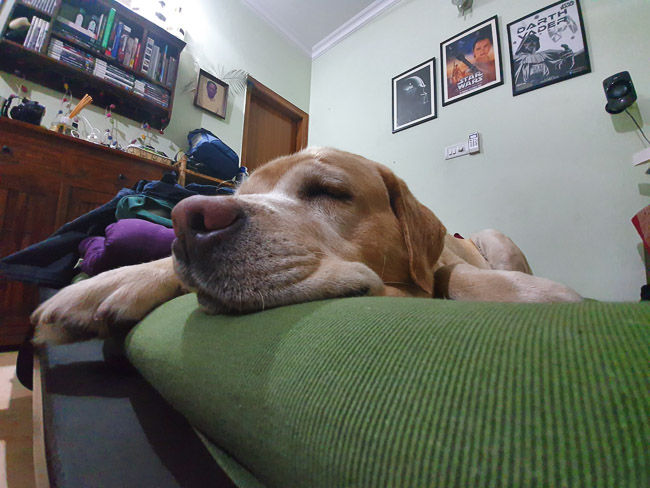 Samsung had introduced the telephoto lens two years ago on the Samsung Galaxy Note 8. This was a 12 megapixel 1/3.6 inch sensor paired with a 52mm lens with an aperture of f/2.4. The lens had OIS and AF back then, a pretty impressive feat. Now in 2019, Samsung’s telephoto comes with the same exact specs on paper. It appears as if nothing has changed in the last two years, but in reality, that is not the case.

The on-paper specs remain identical, but there are various aspects of the camera that have improved. For starters, the autofocus seems to be more reliable than what we’ve seen in the past. The OIS works as advertised, but it would have been really nice to see Samsung break the f/2.4 barrier that smartphone telephoto lenses are currently held back by. Regardless, the photos are once again gorgeous coming out of the telephoto lens, as long as they’re shot in the day time. Dusk onwards, if you try using the telephoto camera, it will actually default to the wide-angle lens (not the ultra-wide). When this occurs, there is noticeable upscaling-artefact, evident in the loss of texture. 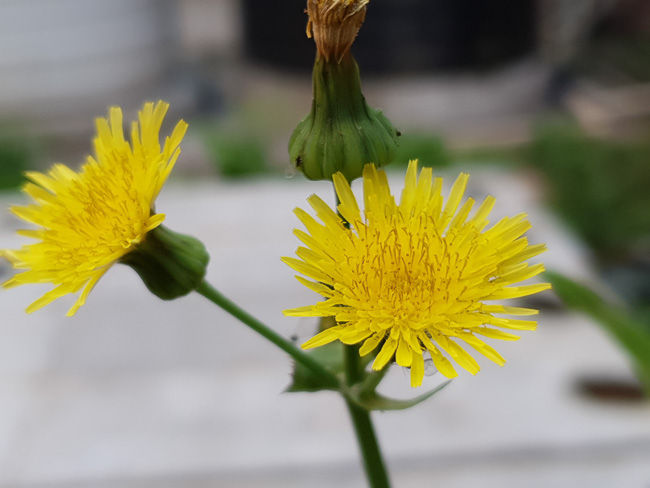 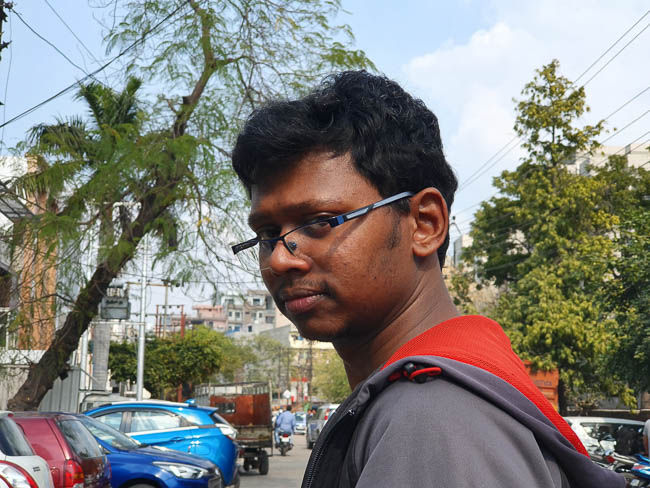 This one deserves a special mention because Samsung has implemented stylized bokeh for the first time on a flagship. In addition to the usual blurring of the background, Samsung now offers three additional styles. There’s a radial blur effect, a selective colour effect and an effect which adds a zoom effect for the bokeh. The features work as advertised, but instead of giving you a 2x view, it gives you the same 26mm field of view that you’d get when shooting from the primary lens. This look is going to completely end up as a personal preference. We found the bokeh to be fairly consistent in most shots, but there were times when it wasn’t applied perfectly. This is not really a big deal since all smartphones in the market today that sport a Portrait mode, do exhibit some error or the other while taking such photos. 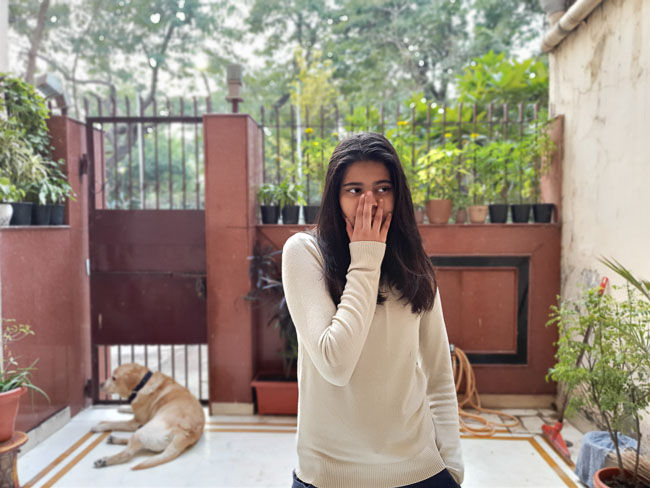 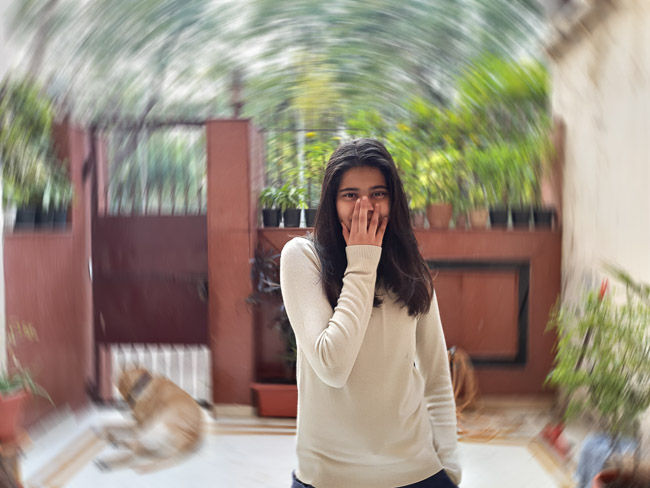 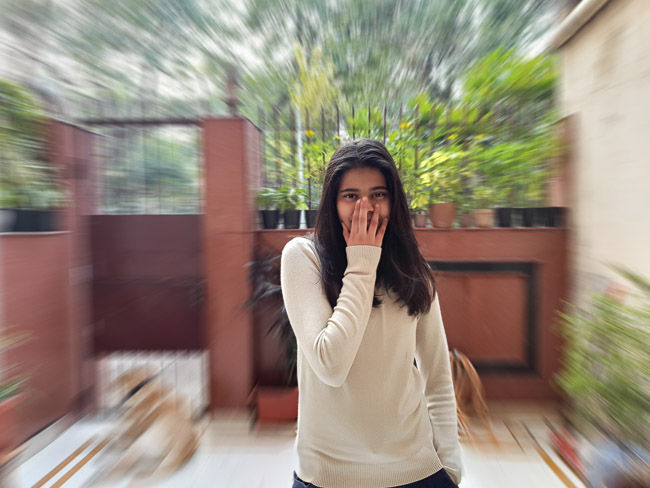 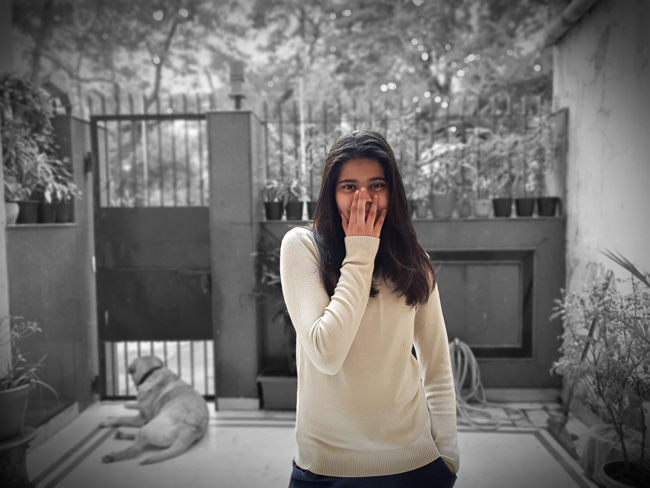 Given that the Samsung Galaxy S10 Plus is using the wide-angle camera in portrait mode for the mainframe, the advantage is that you do end up with ever so slightly better portraits in low light in comparison to other smartphones which rely on the telephoto lens. Whether you like the wider view or the close-up frame will be purely up to you, the one downside to the Samsung implementation is that you cannot zoom in or out of the frame while in Live Focus mode.

The Pro mode on the Samsung Galaxy S10 Plus is supposed to unlock the full potential of the camera stack on the smartphone, at least that is what it's supposed to do. When in Pro mode, you will be able to enable RAW capture. You also get access to all the camera settings like White Balance, shutter speed, aperture, ISO and the focusing distance.

We tested the Pro mode and found some serious issues with it. When in Pro mode, the only camera available to the user is the 12-megapixel primary camera. There is no way to use the Pro mode with the ultra-wide camera or the 2x telephoto lens. You can pinch to zoom, but in doing so, you do not get RAW output for the perspective you shoot. Besides, even the 2X is a digital crop from the primary 12-megapixel sensor. This is by far the most disappointing aspect of the Samsung Galaxy S10 Plus’s camera. Hopefully, Samsung can issue a software update to enable the use of all three lenses in pro-mode.

Ever since Google introduced Night Sight on the Pixel 3 XL, many manufacturers have started to particularly focus on low light performance. We saw LG and Huawei implement similar modes on their phones, which seem to have worked well as we learned from our testing of those devices. Samsung too has implemented a low light mode on the S10 Plus’, but they’ve chosen to do it very differently.

The Super Night Shot mode shoots 7 photos in 2-3 seconds and fuses them together for better low light photos. If the camera detects that it's on a tripod, then it takes 17 photos for even better results. There’s just one problem, you can’t use this feature when you want to. Samsung built Super Night Shot into the Scene Optimiser, which in our experience, will detect other things before it picks up the fact that you’re shooting in low light. Secondly, the activation threshold for Super Night Shot is quite low, meaning that you’ll only be able to use this mode in near darkness. There is no manual way to put the camera in the Super Night Shot mode, which is a real bummer. Samsung really needs to make this an actual, usable mode rather than have it be an afterthought in the scene optimizer. When it does work, however, the images have good exposure, they are bright but slightly low in saturation. They, of course, lack most detail retention, due to the significant noise reduction being applied, but we have seen this kind of behaviour from all smartphones that offer this feature. Again, this is a great feature to have but needs a lot of work before it will “wow” anyone. 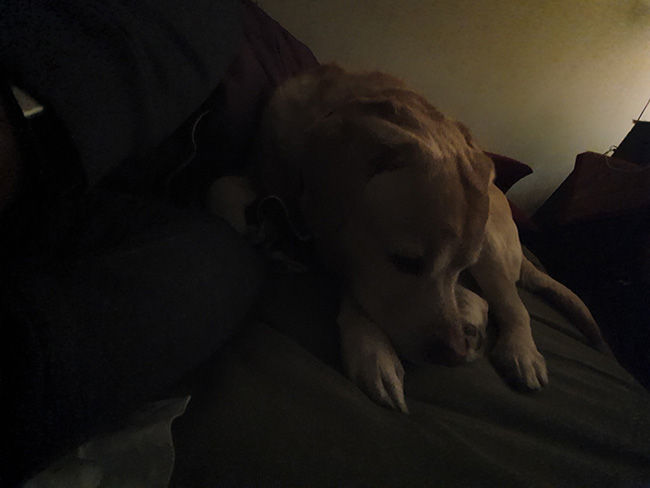 Scene optimiser refused to kick into Super Night Shot, and instead, kept going into "Dog" mode 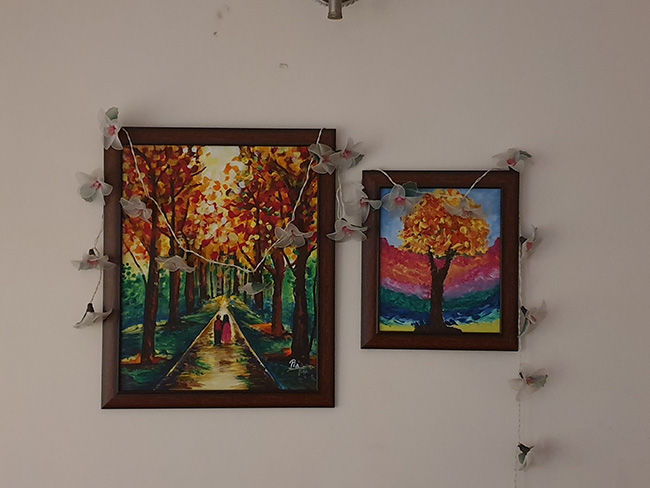 The Samsung Galaxy S10 Plus comes with 2 front facing cameras, one with a 10-megapixel sensor and the other an 8-megapixel depth-sensing camera. When shooting using the front-facing camera, you will see an option to get a wider view, so as to be able to incorporate more people in the frame. Earlier, Samsung had implemented a ‘selfie panorama’ mode for the same thing, but now, there’s a wide-angle view built in. The 10MP sensor is where the primary output comes from, so the wide and close-up views are cropped from here only and can be verified by examining the EXIF data of the files. The depth sensor with its 8 million pixels is purely there to supplement their image with depth information for portrait selfies. Portrait selfies work best with one or two people in the frame at most, but when three people are standing, it tends to make a lot of mistakes in blending the image data with the depth data. The result, when shooting in close up mode, you lose resolution. Even so, the selfie camera is definitely a strong suit of the Samsung Galaxy S10 Plus, especially thanks to the dual pixel AF which means no more out of focus selfies. 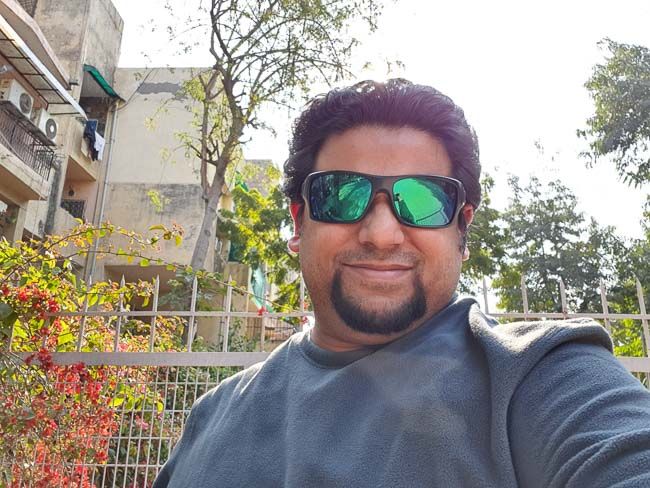 10MP Selfie with the sun shining into the camera 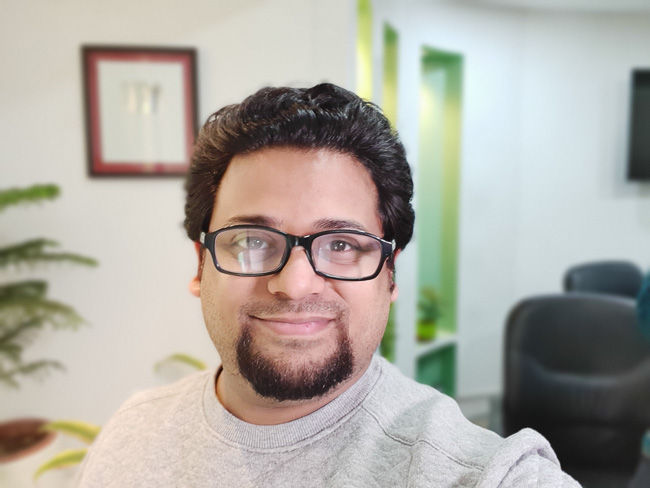 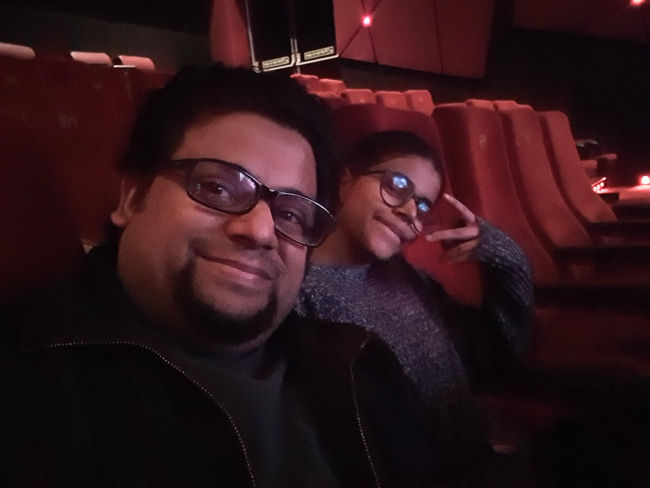 This year, Samsung took a lot of pride in introducing the Instagram mode that’s been integrated into the camera app. What it allows is for you to shoot an image using the stock camera app and post directly to your story on Instagram. As of now, you can only post to your Story, which is fine if you’re more of a story person than a post person. Thankfully, the Instagram Mode allows you to shoot from any of the three lenses. Hopefully, Samsung will upgrade the feature to also allow posting to your collection of photos.

Samsung has introduced a basket full of new features, both software and hardware on the Samsung Galaxy S10 Plus. The camera stack in of itself has delivered good, solid performance, just like last year’s Galaxy Note 9. Samsung talked big about many new features that are a part of the S10 Plus and while they don’t live up to the hype yet, they can through simple software updates. Overall, the Samsung Galaxy S10 Plus continues the tradition of Samsung flagship smartphones being great imaging devices. 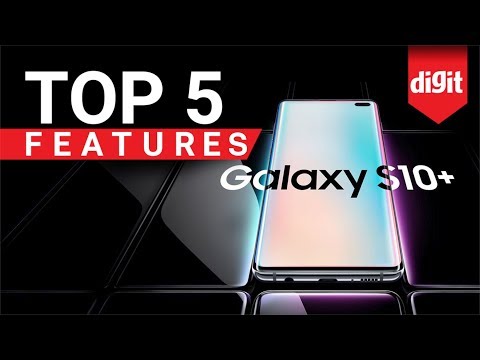