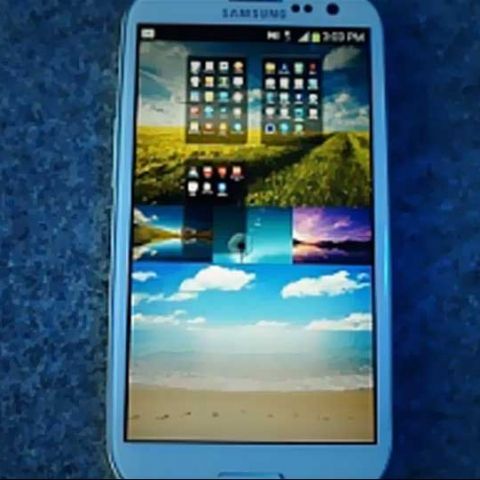 The Galaxy S III, as Samsung's flagship, is the first phone from the Korean giant's stables to be powered by the quad-core Exynos 1.4GHz processor, coupled with 1GB of RAM. The 4.8-inch HD Super AMOLED display comes with a resolution of 1280 x 720 pixels.

The S III model launched in India is the 16GB version, with the card slot allowing you to expand that by 64GB more. The 8MP camera has burst mode, and offers the suggestion of what it thinks is the “Best Picture”. Samsung say it has zero shutter lag, but we will believe it when we test it.

Amidst all the excitement, we managed to spend some time with the phone, and here is what we feel:

What we need to use and test in detail are the features like S-Voice, the burst mode of the camera as well as Smart Stay. With S-Voice, Samsung has an Apple’s Siri-esque voice assistant on the phone. The company says that it works well with Indian accents as well. The demos indicated that it did, but we will test that in greater detail. Smart Stay is the feature that allows you to use the phone and not worry about the display turning off in the middle of reading something important.

Samsung has priced the Galaxy S III at Rs. 43,180. It should be available in stores from today, but that is only for the Marble White version. The Pebble Blue version will be hitting stores in India sometime next week.

Do check out images of the Galaxy S III, with our observations, below:

Smart Stay feature can be enabled or disabled.
Some say it is plasticky, but the finish and feel is premium
The apps menu
How it looks from the front
The S-Suggest widget
The touch sensitive keys have a classy white backlight
Touchwiz has been slightly tweaked- 1
Touchwiz has been slightly tweaked -2
Unlocking the display
Very sleek and slim form factor
Even the app list menu can do the multiple home screen jig!
How widgets react on the home screen
More details about the S III
Motion control settings menu