Samsung Galaxy A9: A closer look at the world's first quad camera smartphone 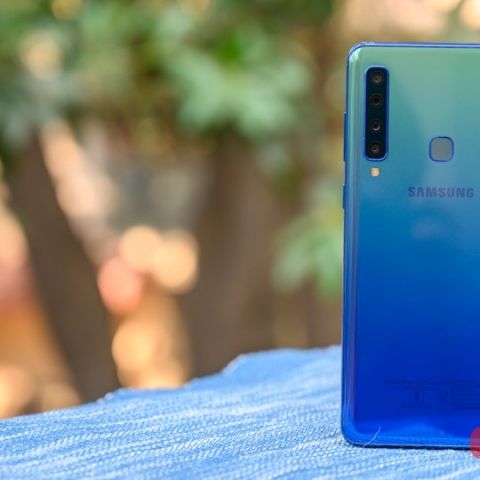 Samsung released the Galaxy A9 some time ago to much pomp and aplomb, bragging about the world’s first smartphone with four cameras. The unit we got has a gorgeous dual-tone blue-green finish which Samsung calls Lemonade Blue. The finish is definitely very unique and is bound to please the eyes of many around, but what is going to really catch people’s eye is the 4-camera setup on the back. First, it was dual cameras and then Huawei upped the ante with its three-camera setup on the Huawei P20 Pro. More camera units are definitely becoming popular, but where does one draw the line between quality and quantity? We noted our scepticism about Samsung’s quad-camera approach in our first impressions of the Galaxy A9, and after shooting some test images with it, here’s our verdict:

The Samsung Galaxy A9’s main attraction is its imaging stack, which includes four sensors. The primary sensor is a 24-megapixel unit with an aperture of f/1.7 with PDAF. The secondary camera is an 8-megapixel sensor complemented by a 12mm f/2.4 ultrawide lens. The ultrawide lens does not have autofocus and instead, has its focus fixed at infinity. The third sensor in the array offers 10 megapixels of resolution and is accompanied by a 54mm f/2.4 telephoto lens. The fourth camera is a 5-megapixel sensor whose duties are limited to collecting depth information in the scene.

At first glance, all this looks impressive until you start to use the phone to take photos. Right off the bat, the depth sensor here makes no sense, since the ultra-wide and telephoto lenses are more than adequate to provide the depth information needed. That’s how Samsung’s own Note 9 and S9+ achieve portrait mode, so adding the depth sensor here feels entirely like an unnecessary gimmick. Regardless, we pushed ahead to see how each of the lenses performs. If you would like, you could straight away jump to our Flickr Gallery for all the camera samples and draw your own conclusions. All images embedded in the article are low-resolution images, however, our Flickr gallery has all the original images with EXIF data intact. 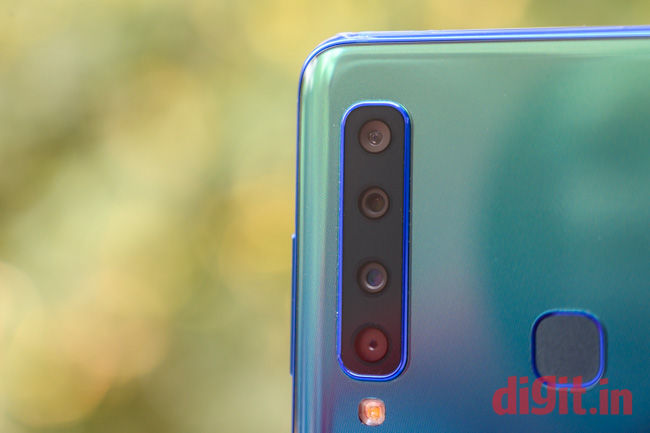 The 24-megapixel wide-angle camera on the Samsung Galaxy A9 sports an aperture of f/1.7, but does not have any optical image stabilisation. This is okay for the most part, but imaging does take a hit in low light. While shooting indoors in a restaurant, I noticed that all the food shots I had taken had some degree of blurring, and the ones that weren’t had significant noise reduction applied to them. Outdoors in good light, the camera manages to produce fairly good images. While the colours and contrast are up to the mark, the camera has a tendency to expose for highlights, causing the shadows to get darker than normal. While this isn’t such a huge issue, it just means you’re going to have to tap on an appropriate area to make the camera expose right. The final dynamic range in the JPG file from the wide-angle camera barely managed to hold it together, but if you want the most out of the sensor, you will have to resort to some editing to boost the shadows. 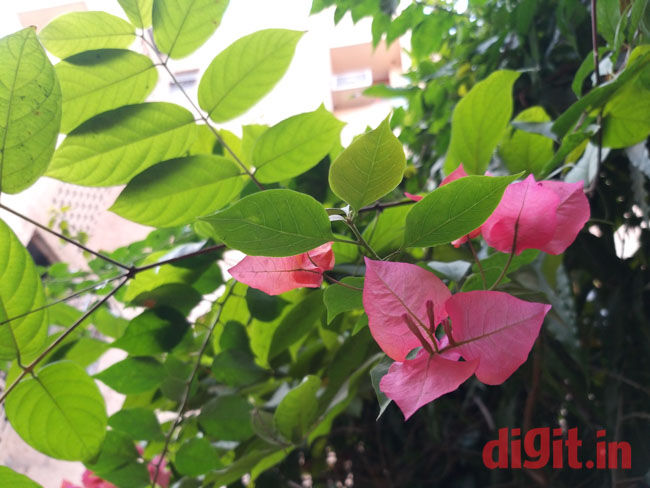 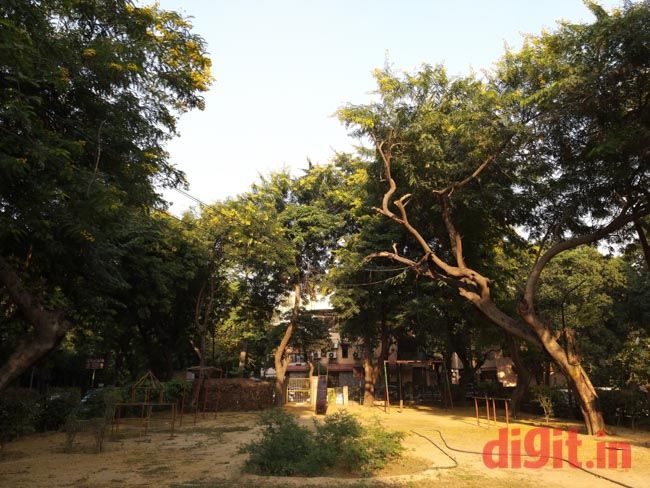 The 8-megapixel ultra-wide camera offers a 12mm view of the world, and while the lack of OIS is absolutely okay in the case of such a lens, what is not okay is the lack of auto-focus. The focus is fixed at infinity, meaning that if you want to selectively focus on something, you won’t be able to. The other thing about shooting with ultra-wide lenses is that when shooting in bright daylight or daytime in general, the light will overpower the shadows in general and getting a balanced exposure will be difficult. Ultra-wide cameras are generally very tricky to work with unless you shoot in manual mode. Unfortunately, the Pro mode on the A9’s camera does not offer access to the ultra-wide lens. With no auto-focus and no ability to control the shutter speed, the ultra-wide camera can be difficult to work with. 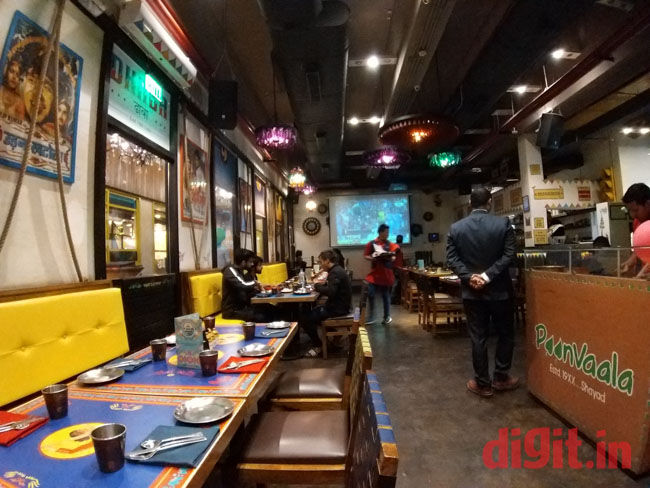 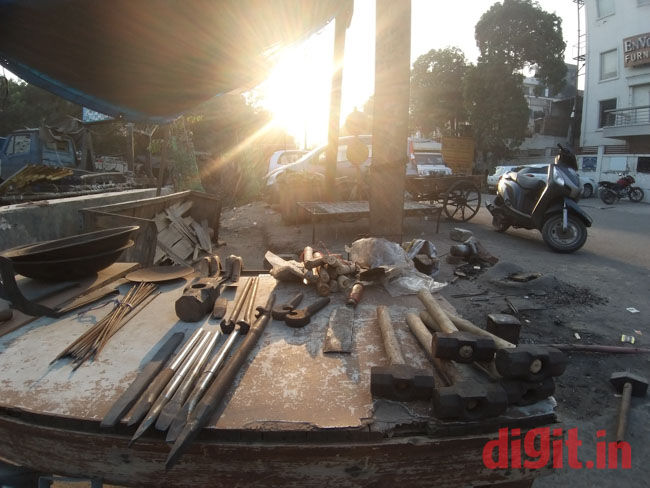 The 54mm f/2.4 lens on the 10-megapixel sensor manages to hold up rather well. The focusing speed is satisfactorily fast and accurate. The images from the lens are slightly low on contrast, but that’s an easy fix for both the user and Samsung. You can always tweak the contrast and colours from the Google Photos app or Samsung’s own gallery app, so it's not that big of a deal. Samsung could roll out software updates as well to tune the picture profile a little bit more. The telephoto camera is pretty good in day time and just like every other telephoto lens on smartphones, falters only in low light. There’s very little room to complain here and that’s not surprising seeing how Samsung does have a very impressive optical design for telephoto lenses, given what we’ve already seen on the Note 9. 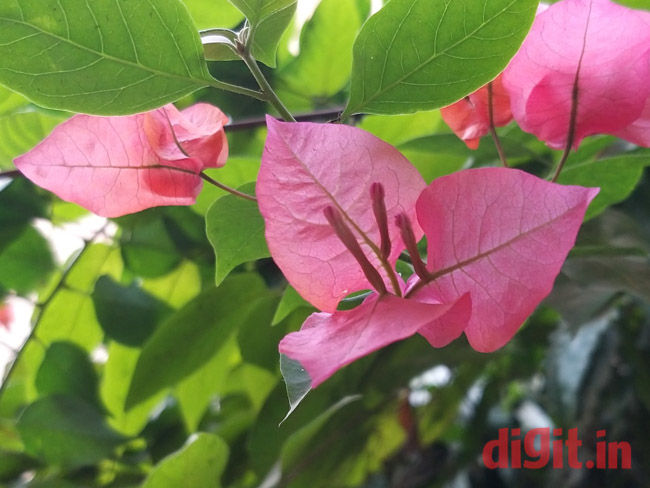 Now, this is where things get interesting. Given that the Samsung Galaxy A9 has both a telephoto and an ultra-wide-angle lens, the ISP should theoretically be getting plenty of depth data anyway. Regardless, there is a 5-megapixel sensor dedicated to depth analysis and the result is surprisingly good images. The separation is pretty consistent, only messing up a little around the hair, and the ability to tweak the bokeh after the image has been shot is pretty handy. This feature works as well as on Samsung’s flagships, and you won’t be finding a lot of people criticising the portrait mode photos. 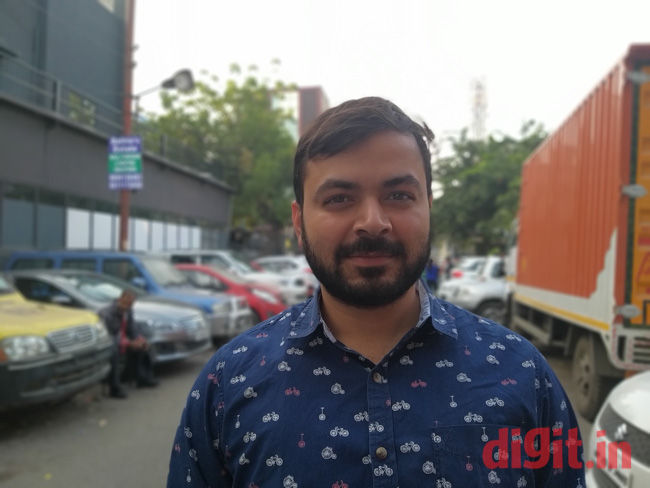 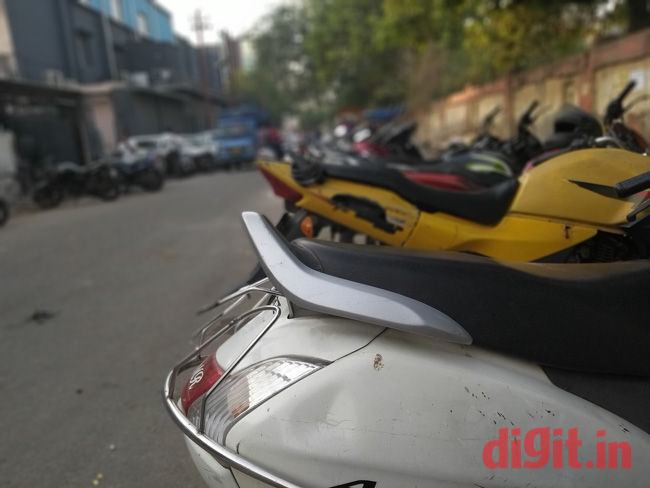 Samsung’s quad-camera smartphone feels like an attempt at leveraging an emerging marketing trend, rather than keeping it simple and effective. The main camera does a decent job of taking photos, but the fact that even at ISO 320, the sensor develops enough noise to apply an aggressive noise reduction algorithm is very surprising. The lack of manual controls for the ultra-wide angle lens does feel like a bother, but the lack of AF is the most notable thing here. The telephoto lens and portrait mode actually work well and for that, the Samsung Galaxy A9 is impressive. Unfortunately, the quad-camera setup feels like a wasteful endeavour as the same results could have been achieved with just three cameras, but even then, the Samsung Galaxy A9 does offer a strong imaging tool, provided you are able to work around some of its quirks.