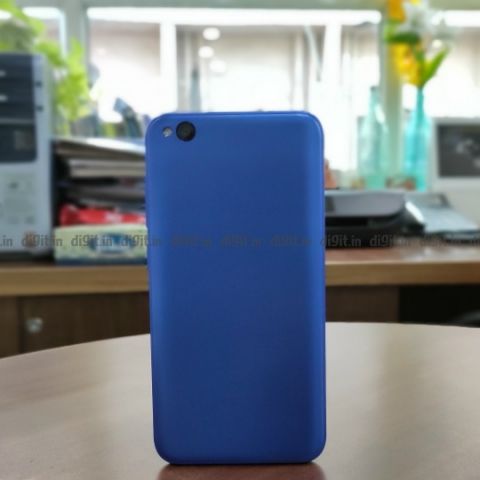 Who is the Xiaomi Redmi Go for? We donned the hat of a feature phone user to see if this cheap Android Go phone is worth upgrading to.

Knowing that as veteran reviewers, nobody in the newsroom would have been the rightful user of the new Xiaomi Redmi Go. So we gave the phone to our office peon, Bijender Ji to use the phone for a few hours. This is what he experienced.

While there was no dearth of entry-level phones in India, the experience has always been average at best. The sub-par experience, and a relatively steep entry-price have been listed as the primary reasons for feature phone users to stay away from upgrading to a smartphone, according to analysts. That’s when Google announced its light-weight Android Go OS, meant for phones running on basic hardware. The Android Go program was announced early last year and we have seen quite a few phones running on Android Go come to India, including ones from Samsung and Nokia. However, Xiaomi had so far stayed away from that genre, till it announced the Redmi Go earlier this month. 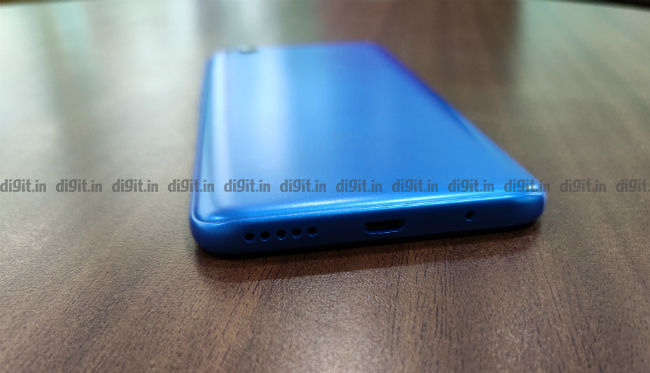 The Redmi Go feels and looks completely basic, with no big frills to talk about. But that’s not surprising considering Xiaomi managed to beat its rivals to make the Redmi Go one of the most affordable Android Go phones. But here’s the thing about cheap phones. They usually disappoint in terms of the experience they promise, and the one they deliver. Is the Xiaomi Redmi Go(₹ 4499 at flipkart) any different? I used the device for a week to see if it’s a viable option for feature phones users to upgrade —

How is the setup process?

The first thing I noted while setting up the device was the multi-step setup process a user has to go through to start using the phone. Feature phones are ready-to-use. You install the SIM, turn on the phone and you’re ready to go. Android Go phones, on the other hand, require the same level of digital literacy that a regular Android phone user will require. Google’s assumption that a feature phone user will know how to go about things from the get-go, might be where the whole initiative is going wrong. I gave the Redmi Go to our office peon to use, and the first thing he did was ask me to set it up for him. There’s an option to use indigenous languages which might help ease the migration from a feature phone to a smartphone.

Once I was in, the Redmi Go felt like a stark departure from other Xiaomi phones for just how bland everything looked. This is not MIUI that the Redmi Go runs on. It’s a custom interface based on Android Oreo (Go Edition) called the Mint launcher that offers an app drawer. There’s no eye-catching wallpaper either to welcome you, just a plan blue screen with default Android icons. Considering the aim here is to use as little of the limited resource as possible, the presence of a custom launcher on top of the stock Android Go build was confusing, to say the least.

Does the phone perform without a hitch?

Despite a custom launcher the Redmi Go rarely felt slow or underpowered. While a typical smartphone user will find the Redmi Go an outright downgrade, it’s Google’s optimised OS that keeps things smooth. The whole thing is quite barebones and there’s hardly anything that can really stress the device. The Redmi Go wouldn’t run most of the benchmarks we use to test phones at Digit Labs, so it’s not like the OS dramatically increases the performance of the device. Google’s optimisations are centered more around prevention than cure. The Redmi Go simply won’t run the apps and games it cannot run. Instead, you will have to depend on a suite of lightweight apps to get around doing the same. 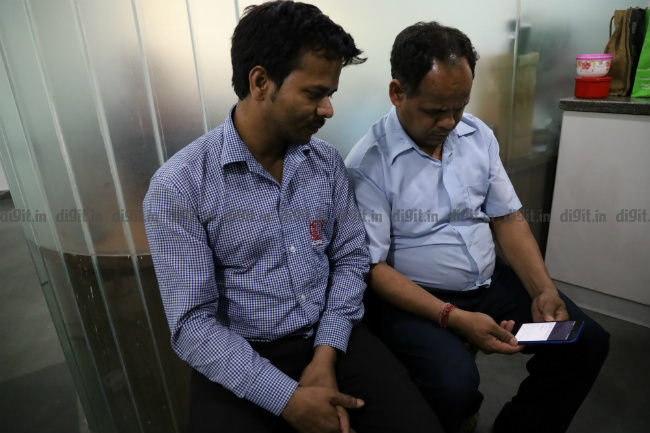 During my weeks using the Redmi Go, I gave the device to feature phone and entry-level phone users like my neighbourhood kirana store owner and my housemaid, urging them to use the phone for a while to see if this is something they’d buy. Among observations put forth by them, the most common was the fact that the touch-screen interface is a technological barrier in their mind. However, once I explained how everything worked on the device, they were quick to adapt and even asked about things like watching videos on YouTube. Speaking of YouTube, my kirana store owner took to the YouTube video app. He uses an Intex Android smartphone, very basic but without Android Go which can’t run YouTube smoothly and often hangs while playing a video. The Redmi Go didn’t give much of a problem while streaming content on YouTube. He’s also apprehensive of data consumption and was glad when he saw the video he just watched on YouTube took up less than 5mb.

My housemaid was more interested in Google Assistant. The fact that she could simply talk to the phone in Hindi and get answers bowled her over. The Google Assistant Go app on the Redmi Go, however, is set to English by default. I had to manually set the language to Hindi for her to start interacting with the digital assistant. Then again, she was quick to fire all sorts of commands, not knowing what works and what doesn’t, and the experience, from the perspective of a feature-phone user might not be all that useful. The same commands could be executed just as quickly using the fingers, sometimes even faster.

There are other Go apps like Gmail and Maps Go which have features stripped down and take up less space to install. All the people I gave the phone to didn’t have much use of those apps. However, it’s not like the Redmi Go wouldn’t be preferred by someone younger. The phone was able to run Temple Run and Subway Surfer just fine, albeit with a rather long waiting time to load.

The camera on the Redmi Go is especially good for the price the phone is offered at. Among other features like instant messaging and social media, it’s the camera that’s the biggest draw towards a smartphone for a feature phone user. And in that regard, the Redmi Go doesn’t disappoint. The 8MP camera on the back of the phone takes surprisingly good pictures when the light is optimum. You can’t expect precise details, however, the pictures come out fairly sharp and usable. All the people I gave the phone to appreciated the photos the Redmi Go managed to take. 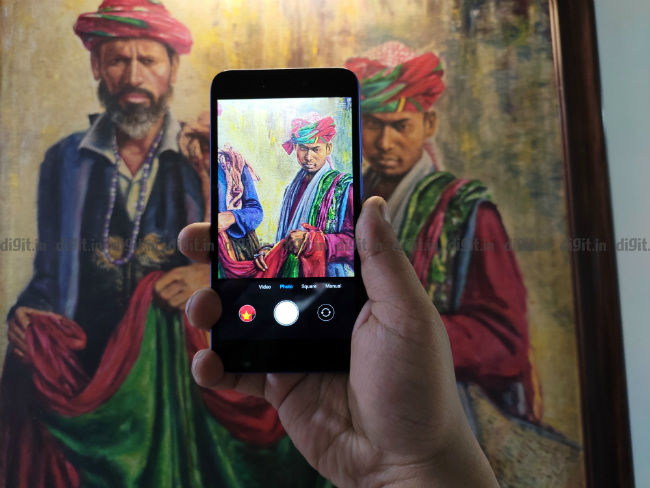 The 8MP camera comes with 11 scenes that need to be manually chosen. While it’s understandable that a Snapdragon 425 SoC can’t be expected to power AI scene recognition in the camera, none of the people I gave the phone to used the manual scene selection. It’s an option that seems to be disregarded by the potential user base, not that it’s bad to have a feature like that. 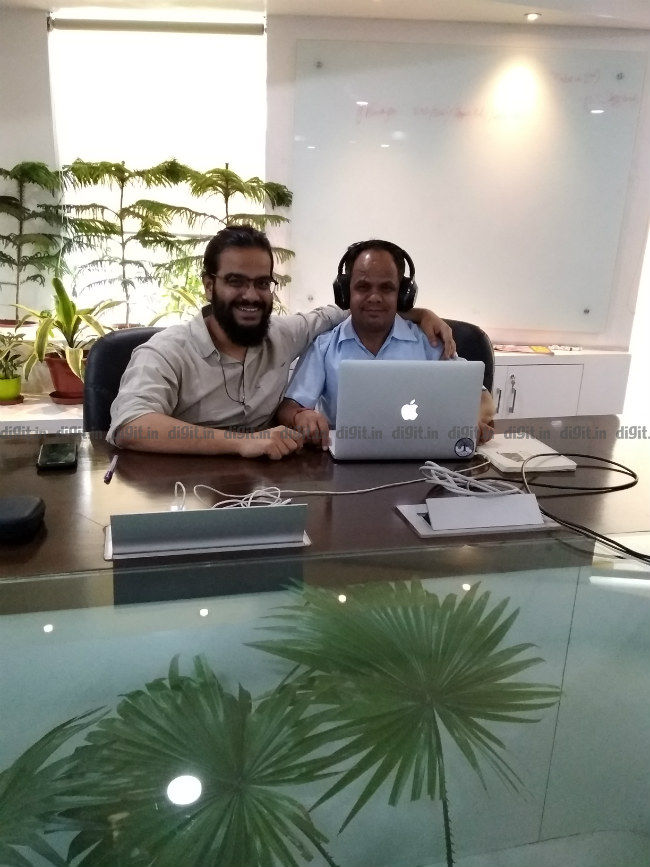 The front camera on the Redmi Go is also more or less decent. It takes selfies that are legible and there’s auto-HDR that comes into play when the background light is harsh. It doesn’t help much, and selfies taken against a direct source of light will come out like a silhouette.

Is the display too small for this day and age?

A typical Xiaomi user will demand the best components to be used (without impacting the price all that much), a Redmi Go user will have to live with sub-par components that would otherwise offer a sub-par experience. Take the screen for example. It’s strictly bad with little dynamic contrast and barely average colour reproduction. It’s also quite dull and under direct sunlight, the 5-inch panel is barely visible. Xiaomi has used a 720p IPS LCD display. In my interaction with feature phone users, a big reason for them to upgrade to a smartphone is a bigger screen and while a 5-inch panel is relatively much bigger than an average feature phone display, it might not be enough in front of big-screen rivals like the Redmi 6A for example. An 18:9 display in this case could have ensured the buyer won’t be envious of larger displays on other phones.

Should you buy the Xiaomi Redmi Go?

The Xiaomi Redmi Go is not for everyone. It won’t please a discerning smartphone enthusiast, for instance. The hardware under the hood is extremely barebones with 1GB RAM and a Qualcomm Snapdragon 425 SoC ensuring the functioning of the phone. There’s also 8GB of storage for your apps. Anyone remotely educated about the hardware 2019 phones are coming with will find the Redmi Go’s hardware cheap. But the phone is not for them. Where most discerning buyers will skip on this phone (or any other Android Go phones for that matter), the Rs 4,499 price-tag is a sweet deal for a feature-phone user to upgrade.

The Redmi Go has all the ingredient that should warrant a feature phone to want to upgrade. There’s even something for an entry-level phone user who is facing the brunt of a lagging, slow device. Thanks to the optimised OS, the Redmi Go barely slowed down and over my week’s usage, the Redmi Go seems to have all the ingredients of making Android Go popular among Indians.

Redmi Note 8 Pro to go on sale at 12 noon in India today: Price, specs and more