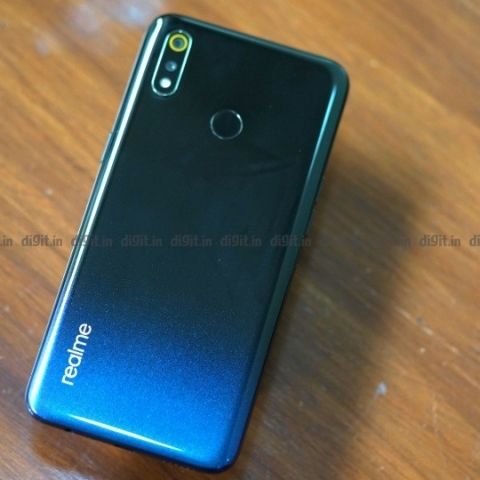 Realme may be a relatively new brand, but the way the former sub-brand from Oppo has expanded its presence in just a year is something most new brands would want to emulate. The company’s products have centred around offering the best bang for the buck, and for the most part, Realme phones have managed to stay ahead of the game.  With the Realme 3, the nascent company aims to undercut its rivals again, at least on paper, and based on the few hours of usage, the budget smartphone did manage to leave us impressed. Here’s our first take of the phone — 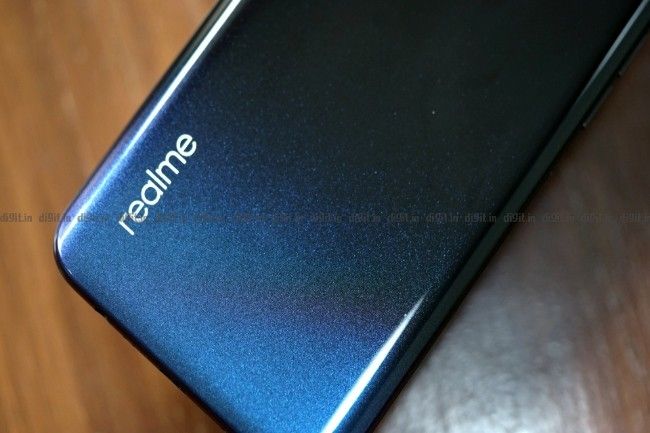 Even when the Realme 1 launched, it stood out for the distinctly different design it offered among its peers. This time too, the Realme 3 does the same with a Dynamic Black variant which is essentially the company’s take on gradient colours. The rear panel changes colours from a dark shade of blue to black with a streak of purple when held against the light. The panel is also sprinkled with white pearl-like material that makes the phone looks like a starry night from the back. It’s not the design that hasn't been offered before. In fact, the Vivo V11 Pro had a similar starry night colour finish, based on glass. The Realme 3’s material of construction is plastic however, and the company claimed a six-layer spraying process is implemented to get the finish. It does look good, if not a bit tacky.

On the back, the phone houses a dual-camera setup arranged vertically in the top right corner. The primary sensor has a yellow-coloured ring around it, which is Realme’s brand colour, with the Realme branding placed below. There’s also a rear-mounted fingerprint sensor. In-display sensors aren’t coming to the budget segment just yet. 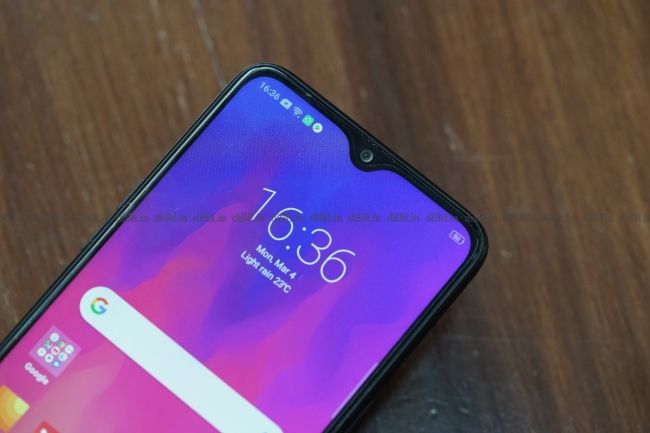 On the front however, the Realme 3 comes with a similar water-drop notch as the Realme U1 which houses the front camera. It has a 6.2-inch display but the resolution is capped to HD+. The front is almost all screen with minimal bezels around the display, except for the bottom where there’s a rather large chin. It’s good to hold owing to the curved corners that give a good grip. It also felt quite light for a phone housing a 4,230mAh battery. 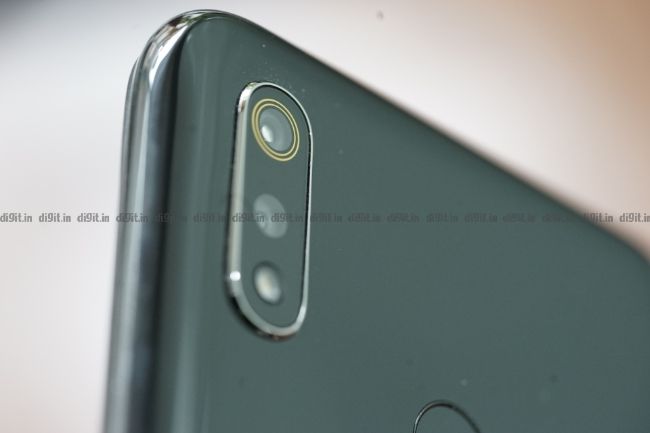 The Realme 3 doesn’t really offer a big upgrade in terms of the camera, but there are some nifty features that should make using the Realme 3’s camera quite fun. It’s infused with AI scene recognition that uses the MediaTek Helio P70’s AI core to recognise and optimise photos based on the scene. There’s also AI Portrait 2.0 which Realme claims improves the portrait mode in terms of the quality of bokeh and subject separation. Furthermore, the AI core works to improve low-light shots by stabilising the camera.

On the back is a 13MP primary sensor coupled with a depth sensor, which is standard in most budget Android phones. Realme claimed the camera is better than the recently launched Samsung Galaxy M20 and the China variant of the Redmi Note 7 that uses the 48MP Samsung GM-1 sensor. We did take a few initial camera samples to see how the camera fares. While these are early test shots that’s not enough to give a full verdict, you may draw your own conclusions from them — 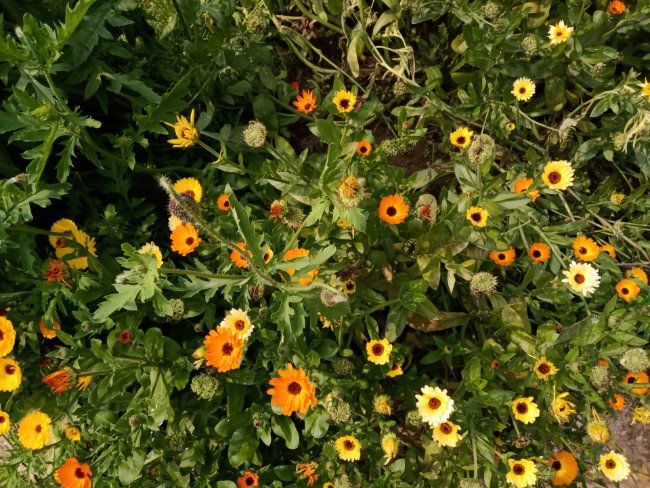 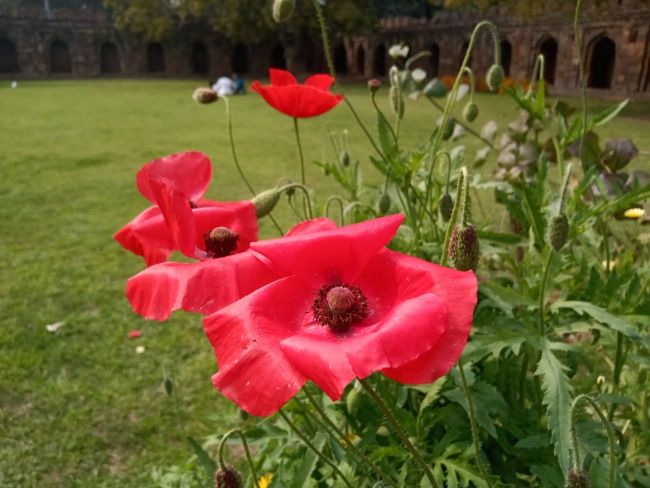 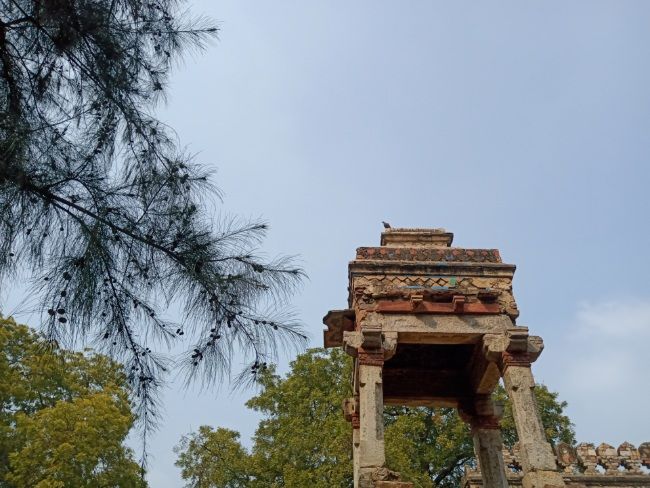 The waterdrop notch on the front houses a 13MP selfie shooter with f/2.0 which offers an array of beauty modes and portrait mode as well.

Some nifty UI improvements along with a new processor 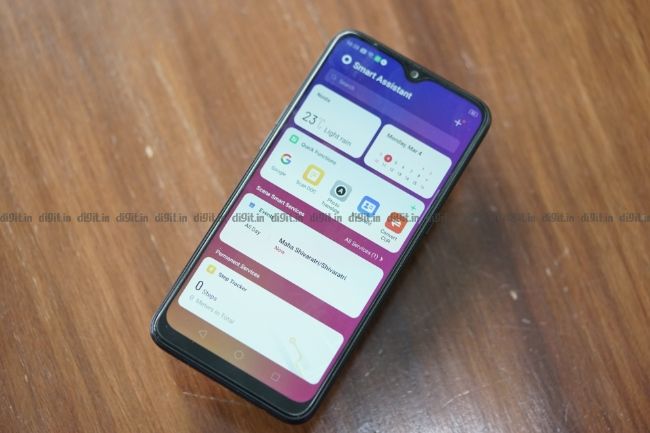 The Realme 3 seems like the true successor to the Realme 1 for it comes powered by MediaTek Helio P70, the successor to the Helio P60 used for the Realme 1. There are expected improvements in performance as compared to the Realme 1 for instance, but we aren’t sure whether that’s because of the more powerful SoC or an improved UI. The Realme 3 uses ColorOS 6 which is based on Android 9 Pie, but it’s not the same ColorOS that’s there on other Oppo phones. For one, there’s an app drawer which Realme claimed was introduced after popular demand. The icons are more refined and look more mature than before. There’s a smart information section when you swipe right from the home screen which is arranged accessibly and might be useful in the long run.

Under the hood, the MediaTek Helio P70 is coupled with 3GB or 4GB of RAM and 32 or 64GB of storage. There’s no 6GB RAM variant like last time though. The phone felt quite responsive for the little time we used it for. We didn’t register any slowdown or lags after setting up. Realme also claimed superior gaming performance with high frame-rates for popular games like PUBG Mobile and Asphalt 9.

For Rs 8,990, the Realme 3 does seem to offer a good value with a new design that stands out and a UI that’s far more usable than before. The 4GB RAM variant’s price clashes with the Redmi Note 7 and it would be interesting to see how the Realme 1’s performance fares against the Snapdragon 660 used on the Redmi Note 7. On its own, the Realme 3 offers the usual, expected features and tops it off with a shiny new design.