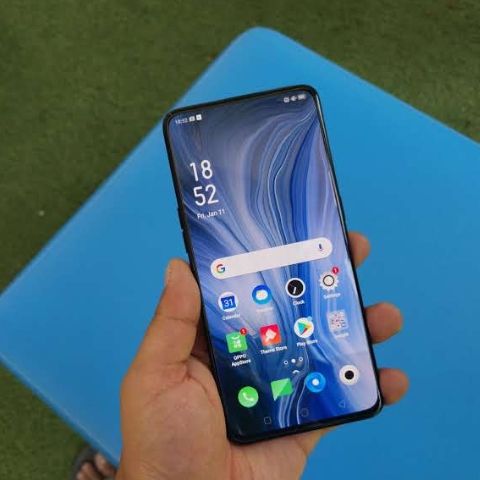 The Oppo Reno 10X Zoom features a triple-camera setup on the back and a shark-fin pop-up module on the front.

It's powered by the Snapdragon 855 and features a massive 6.6-inch AMOLED display with in-screen fingerprint sensor.

Today’s a good day to think about buying a flagship. As of today, there are now three new flagship smartphones powered by the Snapdragon 855 and none of them feel overpriced, really. After the OnePlus 7 Pro and the Black Shark 2, the Oppo Reno 10x zoom(₹ 38990 at flipkart) is the third flagship to launch in India this year, and we smell a fierce fight between the three to be in your hands. The Oppo Reno is part of a new flagship series by the company that involves a dedicated branding campaign to bring out a feeling that this is something new and cutting-edge we’re witnessing. 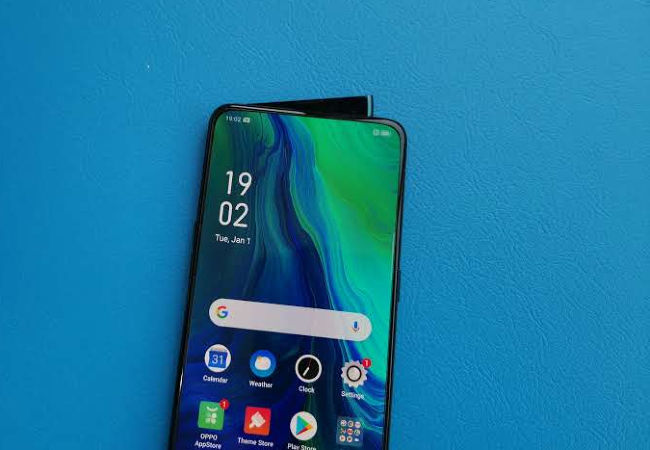 The Oppo Reno’s claim to fame is a triple-camera setup that works in tandem to deliver 10X zoom. Not optical, lossless zoom. The camera system uses a prism-based periscope setup that might be the closest we’ve come to getting usable zoom in smartphone imagery, but it’s still far from the quality you get from an actual zoom lens. The expectations, as a result, needs to be adjusted down from the marketing speak the company is presently disseminating. It’s part of the phone’s name, for that matter. But once that bubble bursts, what remains is still an impressive looking device that’s powerful and elegant in equal parts.

The first thing I noticed about the phone is how bulky it is. And then I factored in the reasons for it and it didn’t feel much of a drawback. It’s all glass. AMOLED display under a Gorilla Glass 6 sheet on the front and frosted gradient finish on the back. For kicks, there’s now a strip of text praising Oppo and a dot. There’s a reason for it to be there. You see the camera module is flushed to the body and even though they’re kept under seemingly strong glass protection, the glass keeps the module away from the surface when the phone is resting on say, a table. The whole thing, especially in the Ocean Green colour variant, look quite exquisite. 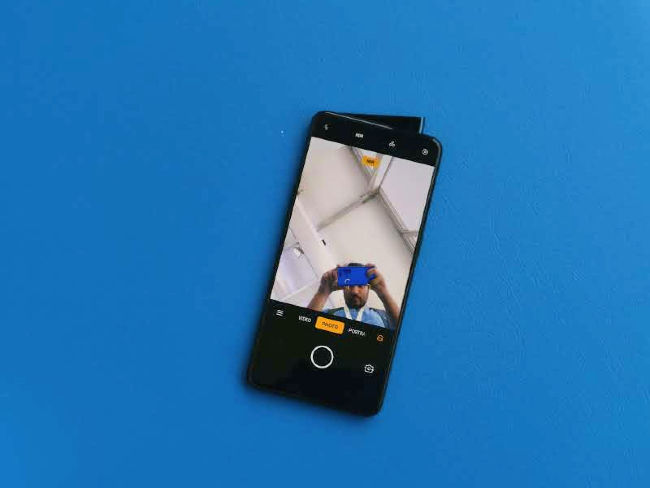 The finishing touch to the design is the shark-fin camera module. It’s open shark season for the Indian smartphone market. After a shark that’s capable of delivering high performance, comes a shark fin that takes photos. That’s what Oppo is calling the Reno’s pop-up module. It rises at an angle of 11 degrees, to fit the golden ratio. After a slider design, this is the company’s next cutting-edge offering, and it does make the phone stand out amidst section that’s being swiftly populated.

The camera system on the back has the Sony IMX586 48MP sensor along with a periscope 13MP telephoto lens and an 8MP wide-angle lens. The camera system is assisted by a prism-based OIS which stabilises the prism inside the module instead of the lenses to attain higher accuracy while zooming in. There’s also OIS and laser autofocus. Effectively, the camera system offers a focal length of 16-160mm. 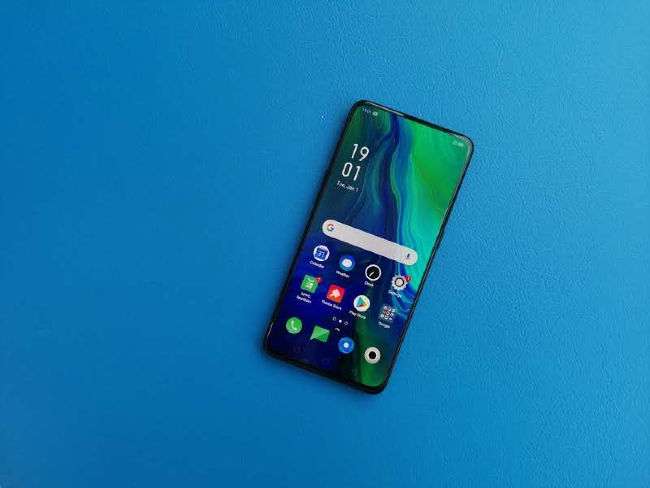 The Oppo Reno’s display also looks quite good. It’s a massive 6.6-inch AMOLED panel with FHD+ resolution and 100 percent DCI-P3 colour gamut support. There’s an also an optical in-display fingerprint under the glass that worked pretty fast for the time I had the phone with me. Furthermore, while gaming, the touch latency of the display is enhanced to deliver better response.  There’s also an anti-strobe feature that’s helpful at low display brightness. Oppo has  put a linear vibrating motor that makes the tactile feedback feel sturdy and subtle.

There’s a 4,065mAh battery that can be topped up with the bundled 20W VOOC 2.0 charging adapter. Inside is the Snapdragon 855 that’s kept cool with a dedicated cooling pipe and graphite layerings. There’s a 6GB and 8GB RAM variant with up to 256GB storage. There’s also a dual-frequency GPS for faster and accurate location lock.

All in all, the Oppo Reno 10x zoom looks pretty impressive, both from the inside and outside. It seems like a well-rounded package with everything taken care of. The durability of the phone what with the motorised pop-up might be a big question, especially water damage.

With three Snapdragon 855-powered phones in the market, it warrants a performance comparison to see which is the fastest flagship available right now. As for the pricing, there’s a Rs 10,000 difference between the 6GB RAM variant and the 8GB RAM variant, topping off at Rs 49,990. That’s near to the starting price of the OnePlus 7 Pro while the Black Shark 2’s top-end variant is available at the same price.  Exciting times are ahead of us.

Oppo Reno 3A tipped to feature quad-cameras and Snapdragon 665