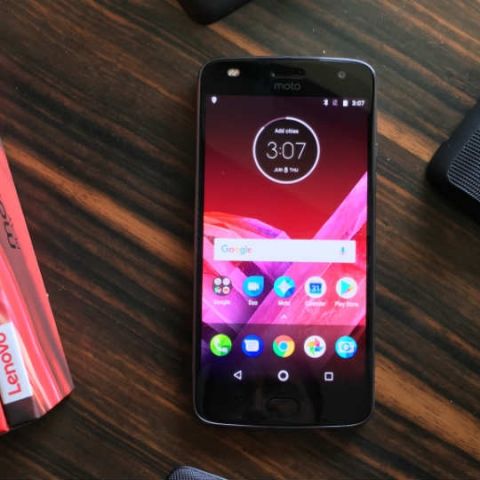 Moto Z2 Play is an interesting upgrade to its predecessor, the Moto Z Play that was launched last year. Moto has pushed up the overall quality aspect of the device by a couple of notches, while perhaps holding back on the pure performance aspect

The launch of the Moto Z Play last year along with the flagship Moto Z turned quite a few heads, thanks to the distinct styling and edgy design. On the popularity charts, the Moto Z Play managed to creep marginally ahead of the flagship Moto Z, thanks to its stupendous battery life. Which could be extended even further with a battery mod (Moto Mod), to achieve the best possible battery life scenario ever. With the Moto Z2 Play, Motorola has slightly tweaked the proposition in favor of an improved design, which can be largely attributed to the slimmed down waistline (5.99mm thickness) and the measly 145gm weight profile. And yes, this one’s traded the glass back on the Moto Z Play for a high-quality metal body. We like!

Quick specs of the Moto Z2 Play (for the uninitiated)

Slimmer and lighter than its predecessor, but with a lower capacity battery 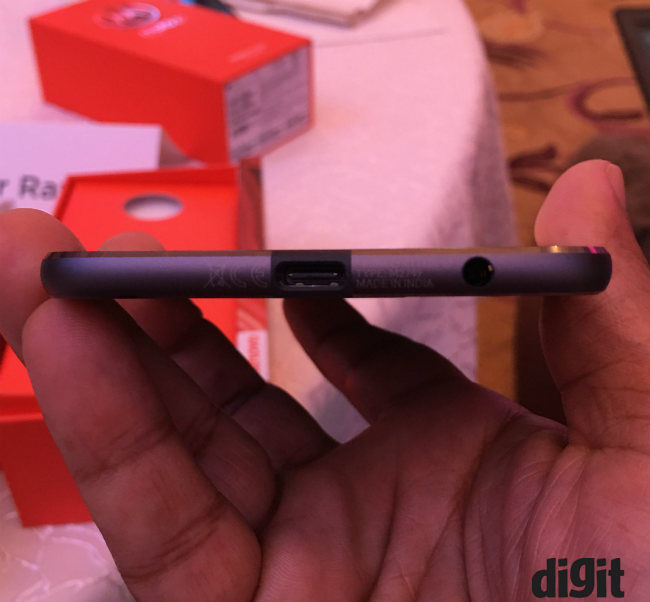 The Moto Z2 Play has acquired the “slimmer, lighter” tag line by chopping down 15% of its battery capacity. From 3500 mAh in the Moto Z Play, the Z2 Play sports a reduced 3000mAh battery. And, no amount of software wizardry can help the Moto Z2 Play catchup with previous gen phone with a 15% loss in battery capacity. Especially when the Snapdragon 626 SoC powering the device is essentially the same as the Snapdragon 625, albeit with a 10% bump in max clock speeds (which can end up consuming a wee bit more battery, when running at peak performance). Having said that, the Moto Z2 Play should hold good for a full day of regular usage. We shall reserve our final judgement along with numbers for our in-depth review. 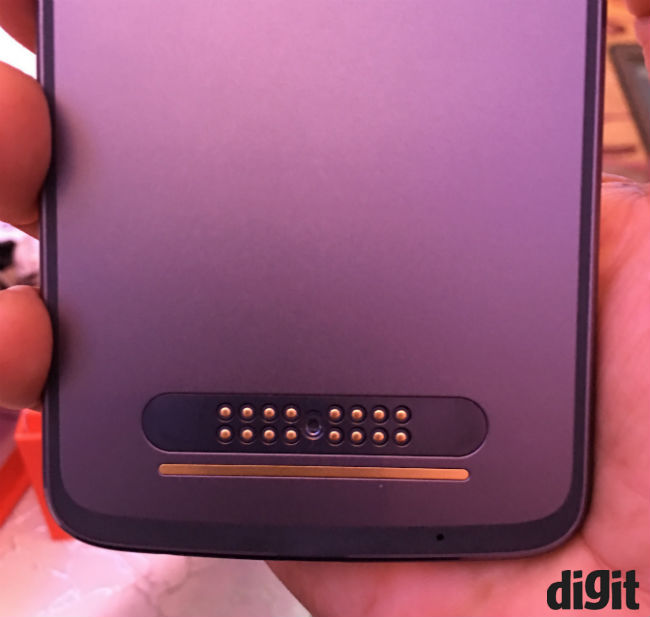 This is where the Moto Z2 Play scores, especially in the quality of finish and build. The all metal unibody comes across as a device that is very well put together. And it looks awesome in the “Lunar Gray” color option. When it comes to design, it’s very likely that the opinions will be quite polarizing. The slim form factor and the prominent camera lens at the back along with the neatly laid-out antenna lines along the edges makes the phone appear very stylish. Combine that with the high-quality finish and premium feel in the hand, and you start building a very positive perception on the device. But, before you conclude, the front profile comes into play. The front is comparatively quite standard and all glass, with a fingerprint scanner at the bottom. A dual-led (and dual tone) flash at the front sort of sticks out like a sore thumb in what is otherwise a uniform theme. And, then you turn on the screen to discover fat bezels, all around. At this juncture, the Moto Z2 starts feeling a little dated in design. Especially in the current Android world where even a sub 10K phone is busy shaving off the bezels to arrive at a very likeable screen to body ratio. While we are kinda cool with the top and bottom bezels, given that this is still a premium midrange phone, the side bezels are just too jarring in today’s scenario. And, it’s not just the aesthetics that take a beating here, the Moto Z2 Play also comes across as a rather wide device, making it not-so-comfortable from reachability POV, irrespective of the size of your hands.

The Moto Z2 Play might just get away from being overly criticized for its bezel profile at the moment, thanks to the otherwise solid build and premium finish. But, six months down the line, with more devices sporting slimmer bezels and compact builds, the Z2 Play might start appearing dated well before its time.

The 5.5-inch Super AMOLED screen is almost the same as the Moto Z Play. Its bright, vivid and fairly sharp, you won’t have any major complaints on the screen quality.

Camera: Has the goods on paper, but can it deliver? 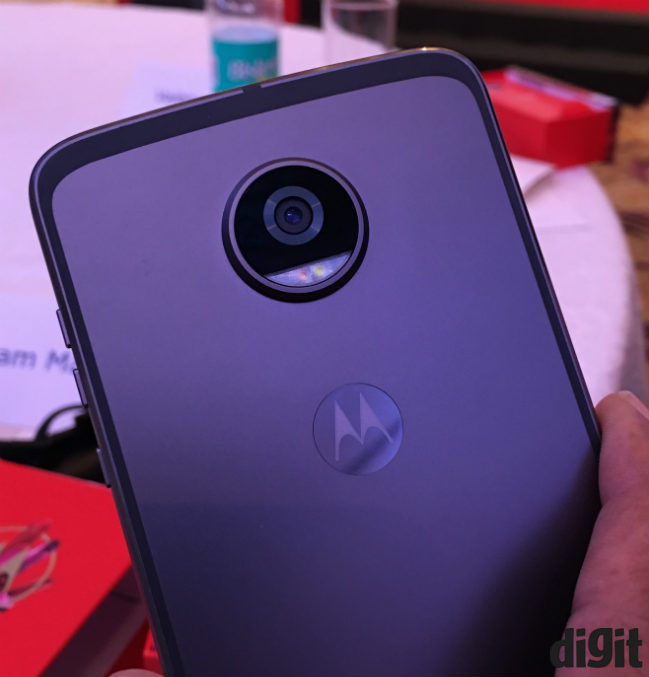 The 12MP Sony IMX362 sensor doing the duties inside the Moto Z2 Play is the same as the Moto G5 Plus. Moto has even kept the lens credentials intact, with a f/1.7 lens. We’ve seen what this combination can do with the Moto G5 Plus and a lot depends on how the software optimization and scene evaluation algorithms make best use of this combination. The Moto G5 Plus does a good job with the same hardware, and the Moto Z2 Play does seem to offer slightly improved results. While these observations are based on our first impressions, we shall be bringing you a detailed analysis and comparison soon. Check-out the camera samples below to get a preliminary idea on how good (or bad) the Z2 Play seems to perform on the rear camera front. The front camera is a respectable 5MP shooter with an f2.0 lens and a healthy 1.4 µm pixel size. The few selfies that we managed to capture during our initial time with the device hinted at good low-light performance and fast captures.

(Note: Images have been resized to fit) 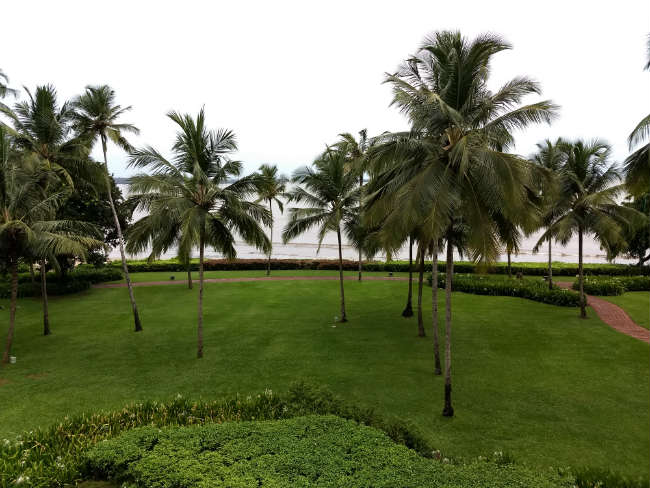 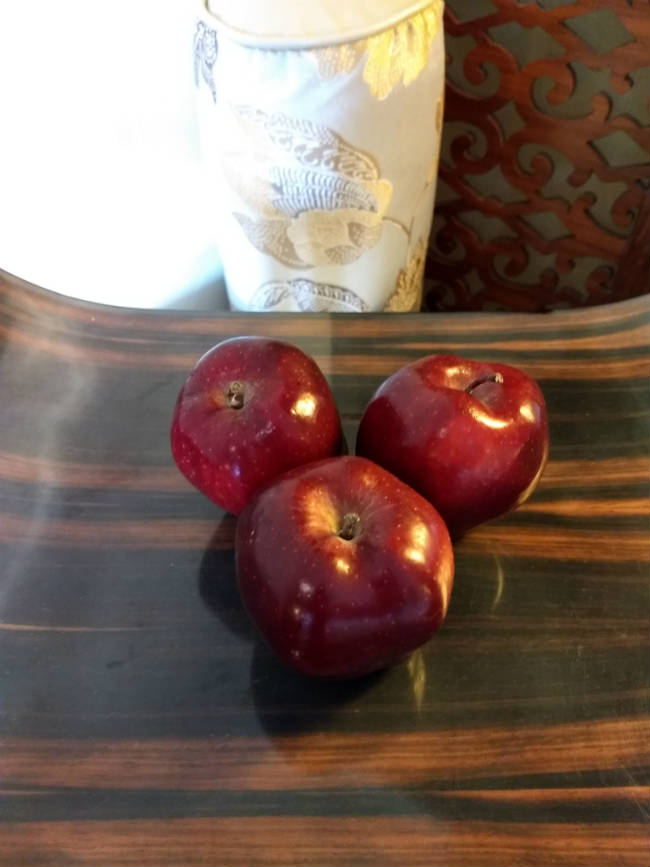 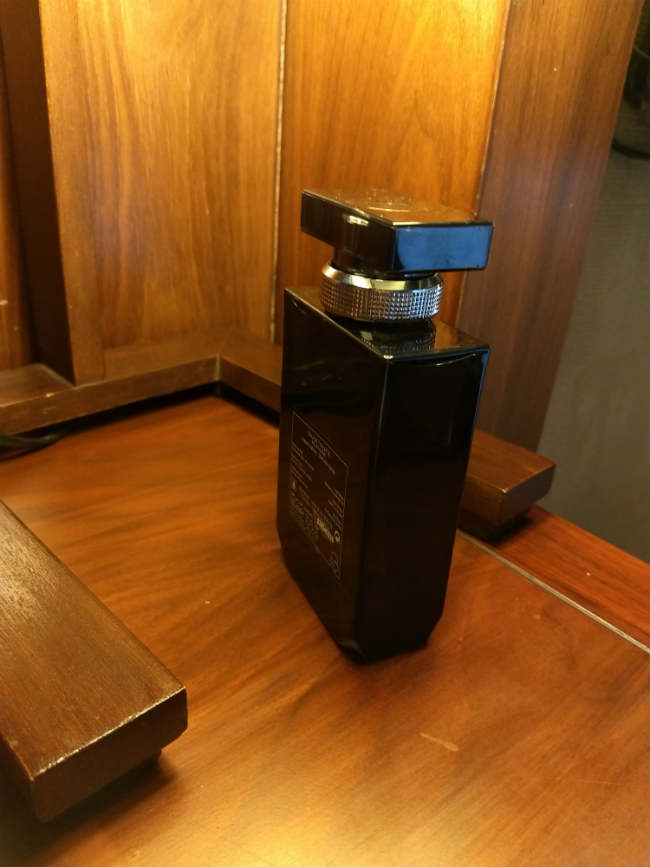 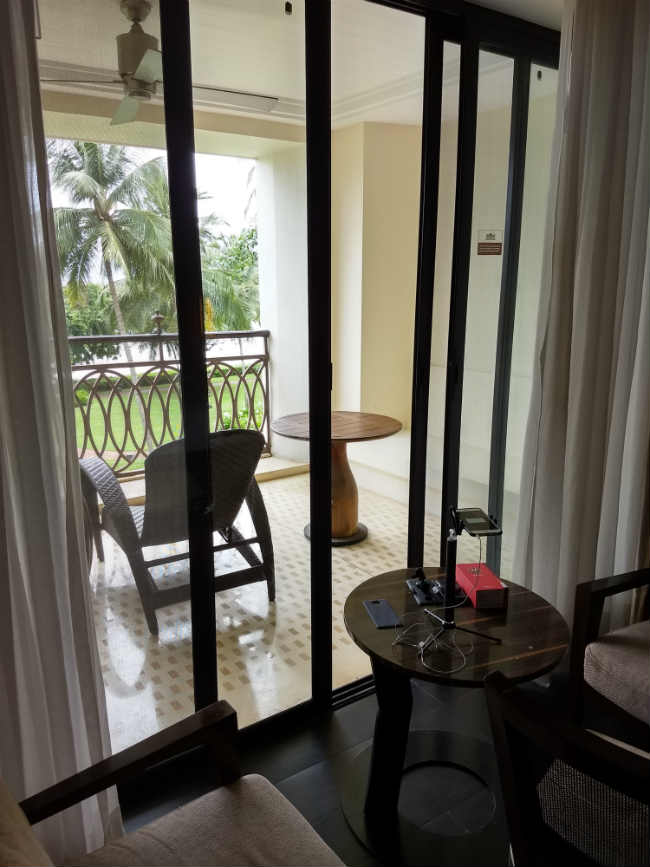 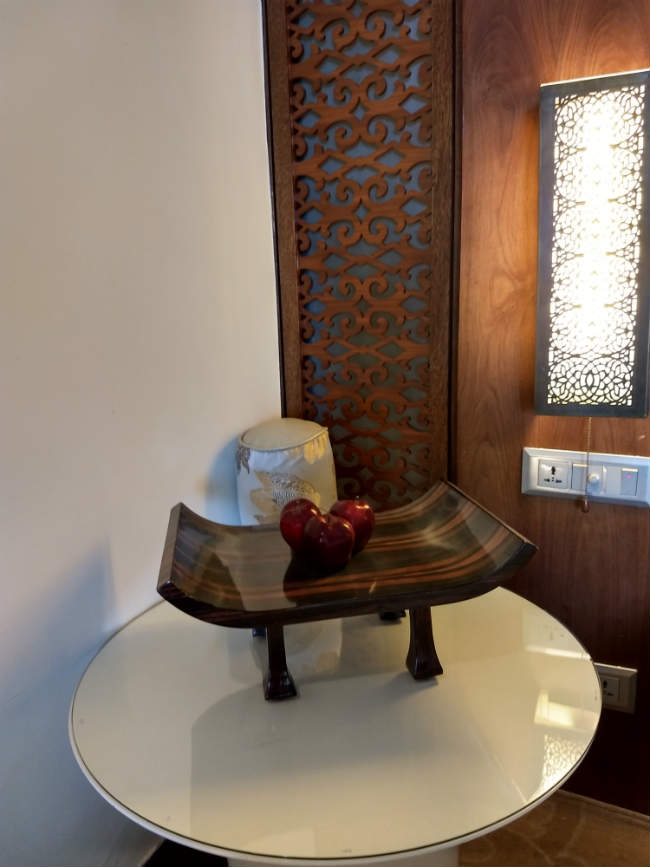 Before we wind-up with the camera department, we must mention the slightly delayed capture performance of the main camera. After firing the shutter, the Moto Z2 Play occasionally took slightly longer than expected to capture the image. And, we reckon this behavior might have its roots in the scene evaluation algorithm that perhaps is too complex (and hence takes time) to decide on what parameters best suit the light conditions. Wait for our review to get our conclusion on this aspect.

Software: This is where Moto has the edge, a healthy one

Clean stock-like Android experience, zippy UI and a consistent interface makes the Moto Z2 Play a flag bearer of what an Android device should feel like. Pity not many OEMs manage to follow the simple path of “Pure Android”, that is backed by timely updates. The Moto software can take a lot of credit for the success of Moto phones in the recent past. With the Z2 Play, it just got better with a brand new “Show Me” voice command. For now, the “Show Me” command works with most commonly used Google apps. But, we expect it to improve with updates. The gestures (called Moto Actions) are also a big play here, you can fire up the camera with a twist of the wrist (without hurting it), a couple of chops (shake), will light-up the LED flash and a sway of your hand will wake up the Moto display. All cool and potentially addictive features. Motorola has also added swipe gestures to the fingerprint scanner on the front, which we’ve seen in quite a few phones. On the Moto Z2 Play, a swipe to the left will take you back to the last screen and a right swipe will open stack of last used apps. And, it is not a very natural or easy to master and is a solution to the absence of any dedicated touch sensitive (haptic) buttons at the bottom of the screen. We ended up using the onscreen buttons and disabling the feature. 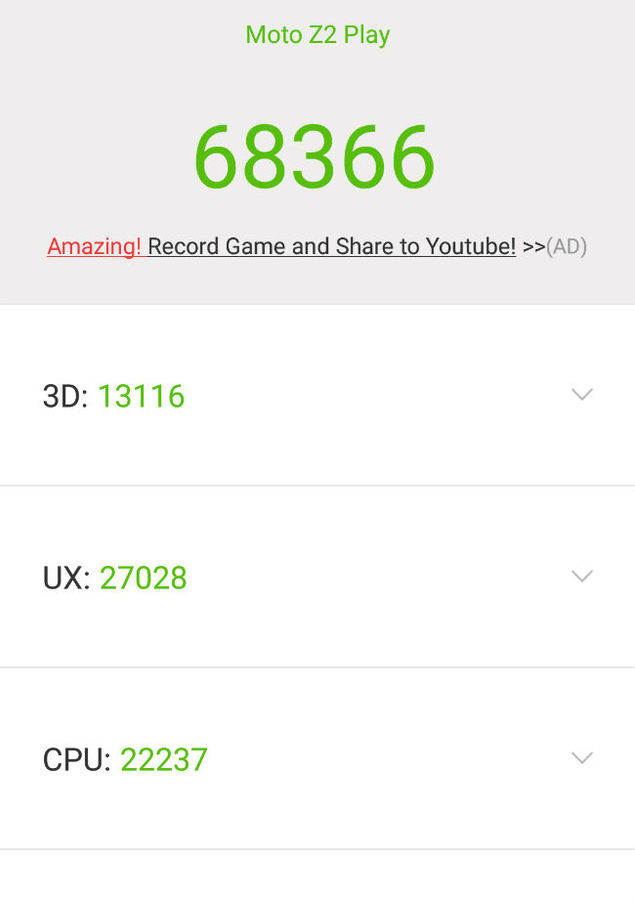 How does it all stack up?

Well, for starters this is a starter, we mean a “first impression,” and not a final review. So far, we’d lean towards the premium feel and slick software as the two big positives of the device. We’ve left feeling that if Moto used a Snapdragon 660 instead of the Snapdragon 626, this device would have been a real force to reckon with. That added layer or buffer of raw performance is akin to owning a hot hatch car, while you might not need that performance on a daily basis, that occasional flooring of the pedal brings a wide smile on your face.