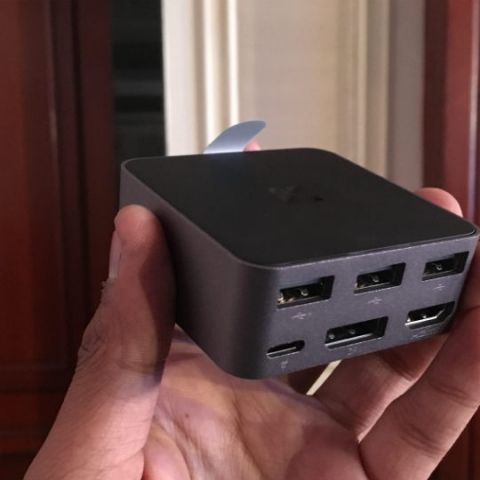 Microsoft's Display Dock can convert your Lumia 950 and 950 XL into PCs. Here's a list of all you can do with the Display Dock and Continuum.

Today, Microsoft launched the Lumia 950 and 950XL in India. Along with the phones, Microsoft has also launched the Display Dock, which allows for Continuum support at a price of Rs 5,999. With the Continuum feature, users can mount their Lumia 950 and 950XL on the Mirosoft Display Dock, which connects to any monitor, keyboard and mouse, allowing users to have a Windows 10 PC like experience. The Dock comes with three USB ports, a USB Type-C port and a HDMI and DisplayPort. Here's all you can do with the Microsoft Display dock and Continuum.

From a phone to a PC
When plugged into the Display Dock, the display of the Lumia 950 and 950 XL can be viewed on a larger screen. Users can see a Windows 10 PC like start menu along with apps displayed on the large screen as tiles, and can choose to work on Windows 10 apps such as Microsoft Office. Attaching a keyboard and mouse to the Display Dock gives users ease of typing, browsing and creating documents just like they would on a Windows 10 PC.

Take calls and work on the PC simultaneously
You would think that if your Lumia 950 or 950 XL are connected to the Display Dock they wouldn't be able to function independently. Well, you'd be wrong. While connected to the Display Dock, the phones can be used independently, without interrupting any work that is in progress on the larger screen. Users can take calls, send text messages, play videos and also use other apps on their Lumia smartphones while simultaneously working on the larger screen without any interruptions or lag.

Use your Lumia phone as a Track Pad
If you don't have a mouse, your Lumia 950 and 950 XL can also work as a trackpad for the larger screen. One can use their Lumia smartphones to open apps and work on documents on the full-size monitor incase a keyboard and mouse are not available. 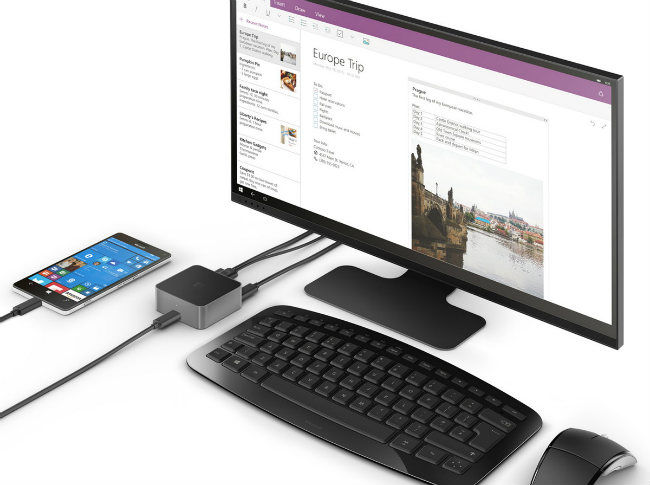 Universal Apps
Apps developed for Windows 10 can scale up on a larger screen and will work identically on the phone as well as the large screen. The app content will be formatted to fit any screen size and users will also have the ability to switch between running apps using the task view button.

Play videos on full screen
Another great feature of Continuum is that you get to view all your movies, trailers and other videos on the full-screen monitor, while your phone is free to perform other tasks.

Connect USB drives
Most USB flash drives can also be connected to the Display Dock. Although, if the USB drive requires some special drivers, you may not be able to connect it, as it needs to be compatible with your phone.

Charge Your phone
While you play videos, work on documents, answer your mails and take calls, the Display Dock will keep charging your Lumia 950 or 950 XL. That ways, you will not be compromising your battery life while working your Lumia device like a PC.

So, these were all things cool you can do, using Microsoft's Continuum feature. Stay tuned to our website and YouTube page, for the complete review of Continuum and the Lumia 950, 950XL.