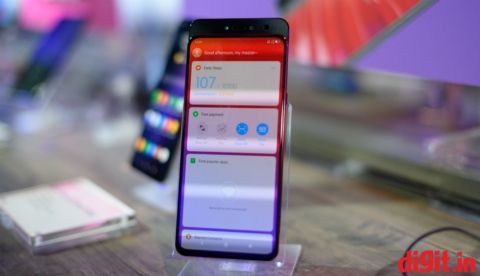 If there’s anything about Consumer Electronics Show, it is that you get to see some of the most amazing things in the world here. While walking through Lenovo’s booth, we chanced upon the recently announced Lenovo Z5 Pro GT sporting the Qualcomm Snapdragon 855 chipset and 8GB of RAM. This phone is slated to be the first phone to hit the market with a Snapdragon 855 chip, but there are a few other reasons to be excited about it.  We managed to spend some time with a Chinese variant of the phone and here’s what we thought. 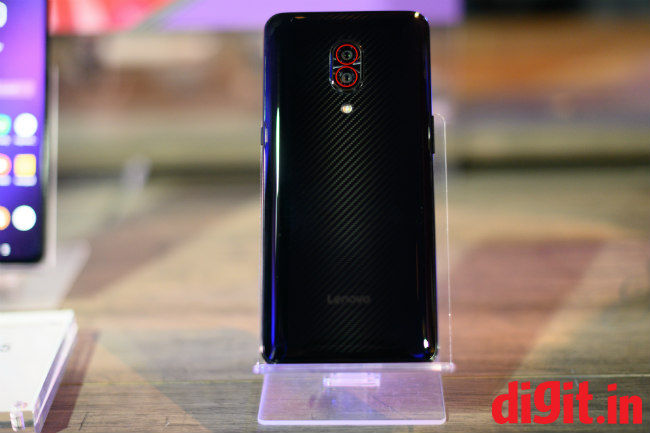 The Lenovo Z5 Pro GT is a flagship smartphone out of Lenovo’s stables after a very long time. It’s a phone with 95 percent screen to body ratio giving it an all display front. The 6.29 inch Super AMOLED display sure is gorgeous on this phone. The phone ditches the notch and gets around the camera housing issue by using a rather clever design trick. The front actually slides down to reveal the selfie camera and thankfully, this is not an automated process. The slider is held together using what felt like very strong springs that had a “snap” to them. Unlike the “self-rising” mechanisms we have seen in the last year, Lenovo’s design choice actually makes a lot of sense. Plus, it does look really cool.

The back has a carbon fiber weave below the glass panel, so you can see it, but cannot feel it. The dual camera setup has red rings around the lenses, which immediately draws your attention, followed by making you wonder “who else has this same design?”

The Lenovo Z5 Pro GT is spec’d out to the hilt. Sporting a Snapdragon 855 chip, there’s 8GB of RAM to boot. The 12GB RAM variant was not available at the demo zone so we couldn’t get a look at that. Additionally, the unit was a China variant onto which we were not allowed to install any applications, especially benchmarking apps. In using the phone for a short time at the demo zone to see how basic apps function when they’ve all been opened once, the performance did not show a single glitch, and we don’t expect it to. Only when we run benchmarks on the phone will we know just how well Lenovo’s software is leveraging the hardware on the phone. 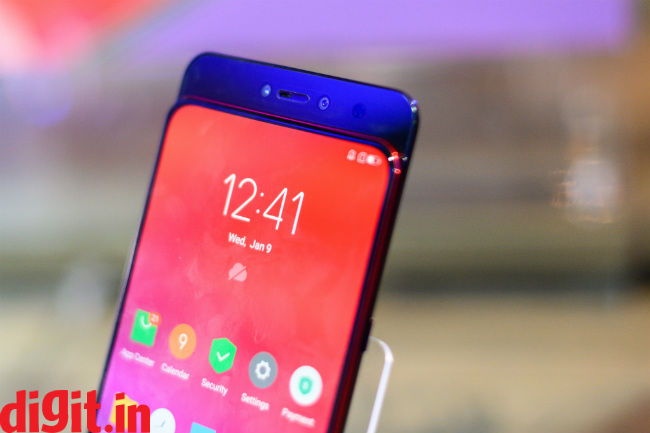 The Lenovo Z5 Pro GT comes with a quad-camera setup; two in the front and two at the back. With a 16 megapixel primary camera and an aperture of f/1.8 accompanied by a secondary 24 megapixel camera, we found that the smartphone could take decent looking photos, at least at the Lenovo booth. We were again asked not to copy any of the photos we took, but there seemed to be no shutter lag or any lag in the UI in general. The photos looked good on the phone’s display, but do require a far more in-depth analysis, something that we would get into if and when the phone launches in India.

After the Lenovo Z2 Plus which launched in 2016, the company has not released any flagship smartphones. Many wondered if Lenovo was going to really make a return to a smartphone space that is dominated by Apple and Samsung. Well, the Z5 Pro GT is one impressive smartphone to mark the return of the brand to the flagship smartphone space. It is an incredibly promising device, not only because of the specs, but also because of the novel, but functional design and the overall aesthetic. This is not a phone to be ignored and we cannot wait for the Lenovo Z5 Pro GT to come to India just so we can evaluate thoroughly what the phone can do. 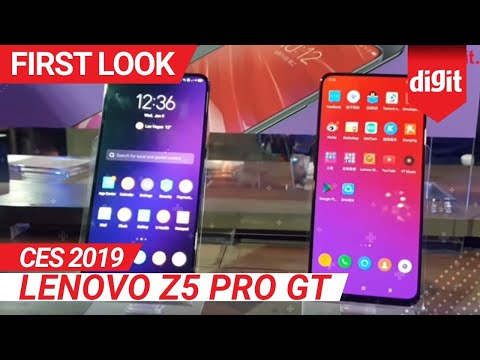