First Impressions of the Huawei Mate 8 and Honor 7i 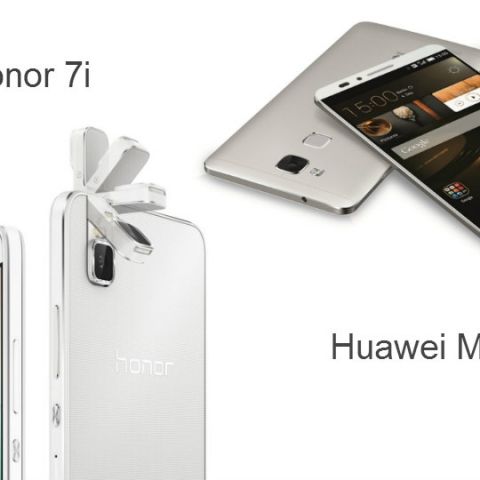 Huawei showcased the Mate 8 and Honor 7i at an anniversary event in China. These phones are expected to come to India sometime next year, but, we checked them out at the event and here is what we thought of the two devices.

Huawei's sister brand Honor, recently celebrated its Two year anniversary at the Universiade Sports Centre in Shenzhen, China. This is where we got to see and experience the Huawei Mate 8 and Honor 7i. Although the phones have not been launched or announced in India, they are currently available in China and some parts of Europe. The Honor 7i was first released in August this year, while the Huawei Mate 8, was launched in November. Huawei also plans to offically launch the Mate 8 at CES 2016 for the western markets, suggesting that it will be available in the U.S. post CES 2016. At the event, we had some time to check out both the devices and here are our first impressions. 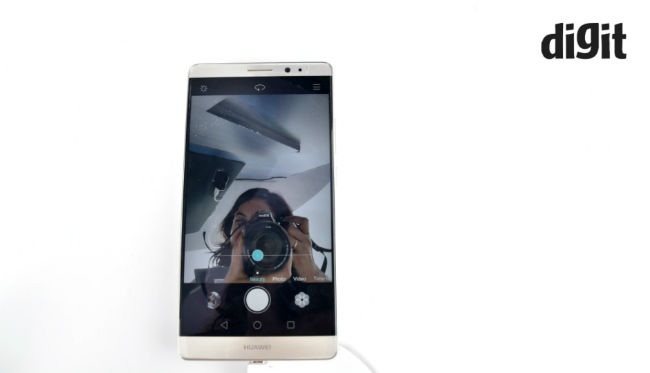 Let's kick things off with Huawei's 6-inch, large display phone - the Mate 8. On first look, the Mate 8 is a gorgeous device and the colour we got to play with was Champagne Gold. The device has a sleek metal uni-body with a shinnier metal frame tapering the curved edges of the smartphone. Weighing in at about 183 grams, it is lighter that the iPhone 6s Plus, while it has a larger display. The Mate 8 has a very premium feel to it, and holding the device with one hand is not uncomfortable, as one would expect from a 6-inch device. 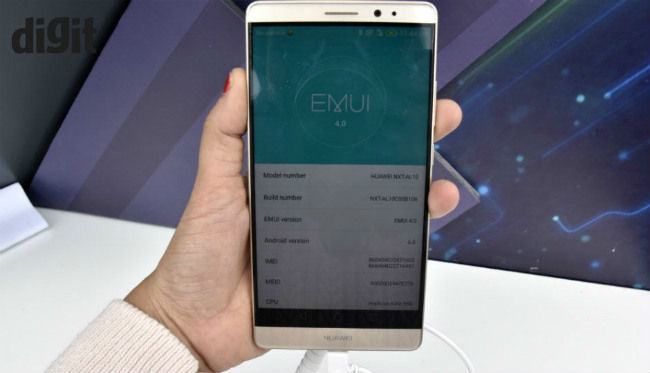 The Huawei Mate 8 has a full HD 1080p display which Huawei is known to use in most of its devices like the Huawei G7 Plus and Honor Play 5X. The display was vibrant and Emotion UI 4.0 was a smooth experience while navigating the device. Unlike conventional IPS displays, the Mate 8's IPS-NEO LCD panel gives a true-black experience while reducing the light leak. Viewing angles on the Mate 8 are great, again, thanks to the IPS-NEO panel and there is almost no quality loss while viewing images from various the corners. Corning Gorilla Glass 4 adds to the sturdiness of the display. The only problem seemed to be the reflective nature of the screen. Viewing it in direct sunlight reduced visibility to a large extent, even though the phone's brightness was set on full. 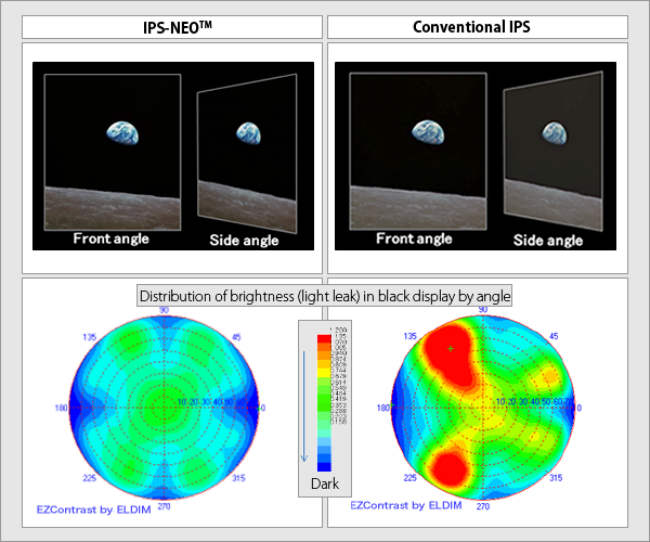 Performance
Inside, the Huawei Mate 8 houses a Kirin 950 processor which makes for very powerful performance. According to leaked Geekbench scores Huawei's Kirin 950 SoC beat the Exynos 7420, with a score of 1710 points on single-core performance and 6245 on multi-core performance. The Kirin 950 SoC was announced by Huawei's subsidiary HiSilicon back in November and on the CPU front it has a big.LITTLE setup with four Cortex A72 and four A53 cores. Although we did not get to play any games on the device, multitasking was a breeze, without any noticeable lags. The device comes in 32GB, 64GB and 128GB configurations, with an option between 3GB and 4GB of RAM. The Mate 8 also come with Android's latest 6.0 operation system Marshmallow, right out of the box. The Mate 8 sports a fingerprint sensor on the back of the device, just like the Mate 7, with the difference of a circular design this time around. Although there was no time to test out the battery performance of the Mate 8, the smartphone is powered by a 4000 mAh battery, which seems just about right for a device with these specs. 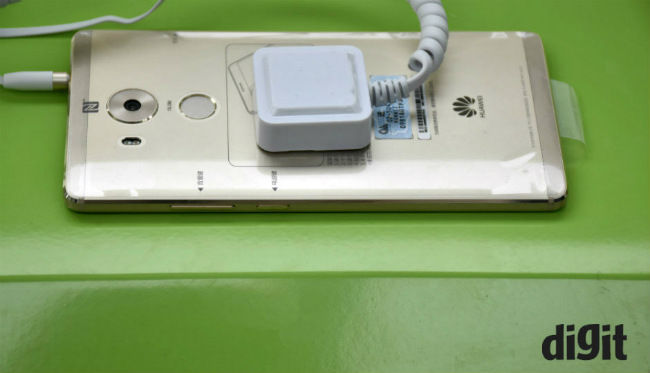 The primary camera on the Huawei Mate 8 has a16MP sensor with optical image stabilisation and a dual-tone flash. It can record video in 1080p and 720p. The front facing camera has an 8MP sensor and can also record videos in 1080p. The 16MP primary camera gets a new sensor module fron Sony - The IMX298, with phase detection auto-focus. The camera module offers a F/2.0 apperture, with a 1.5 degree angle of movement, making for sharp and shake-free images. The image quality produced is quite good and colours pop out generously. Quality of selfies is also decent and since I use an iPhone 6, the quality was comparable, if not a tad bit better.

Conclusion
On first impression, the Huawei Mate 8 seems like a robust and well-built flagship device with some very good specs. At the given prices, these phones may just be a big hit in India, but if the prices increase due to import structures, it might pose a problem for Huawei. 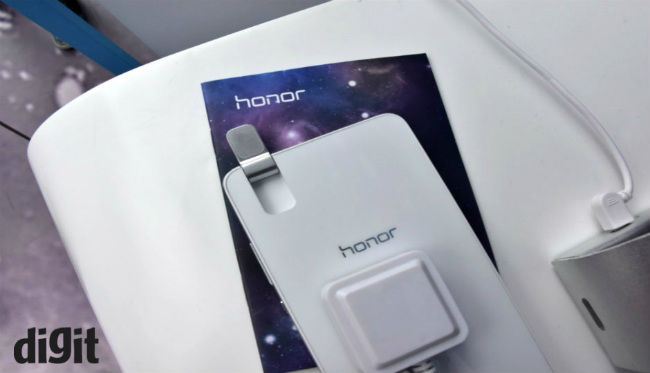 First things first, the world is confused when it comes to the availability of the Honor 7i. Although the device is available in China, it has yet not been announced for the western markets or India for that matter. For some reason, the Honor 7i has been making appearances all over Europe, but the funny thing is that the mid-range smartphone is sold by various German retailers as the Huawei ShotX. 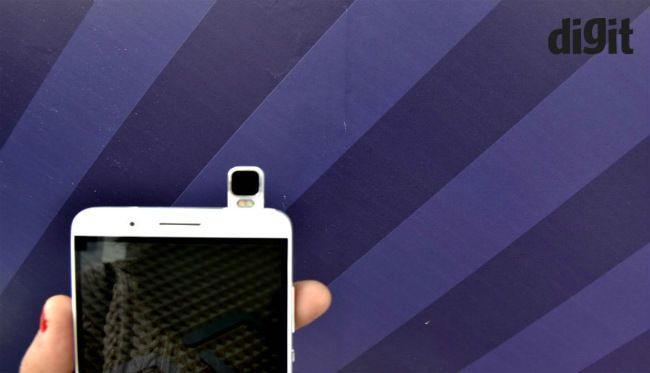 Camera on the Honor 7i

The camera of the Honor 7i is its most interesting feature. The camera unit is embedded in a rectangular cavity at the back and flips up to conveniently become a front facing camera. Accompanied with a dual tone flash, a 13MP Sony sensor and a 28mm wide-angle lens, the camera of the Honor 7i produces very good quality images. It also has an auto smile detection feature and the phone clicks a picture automatically when the subject is smiling. One can use the phone's fingerprint sensor to make the click. Since the camera is rotatable, one can get some great angles to click pictures. Something users might find annoying is that everytime one wants to click a selfie, the camera needs to be popped out of its resting cavity, which is not as simple as it looks. 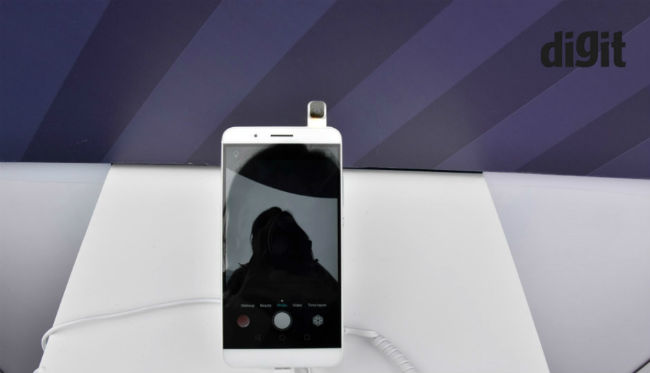 Moving on, the Honor 7i has a 5.2-inch display with good screen to body ratio. It has an IPS LCD display which makes for average viewing angles. Again, the screen is pretty reflective under direct sunlight and it was almost impossible to read text on the phone, even on full brightness setting. Emotion UI 3.1 runs smoothly on the device and under normal light conditions, the 1080p X 1920p resolution screen looks pretty decent. 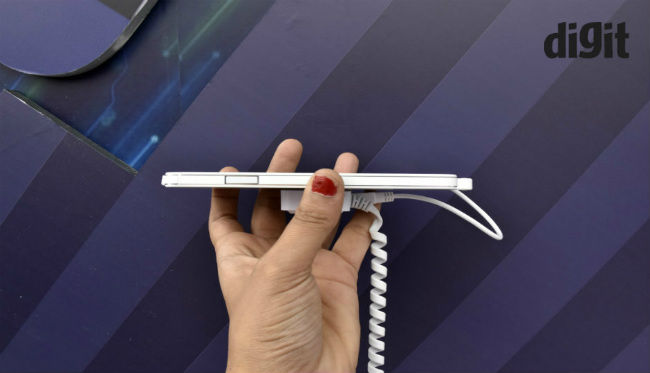 Fingerprint sensor on Honor 7i

Honor 7i comes with a Qualcomm Snapdragon 616 chipset with Quad-core 1.7 GHz Cortex-A53 & quad-core 1.2 GHz Cortex-A53 CPU. Snapdragon 616 first debued on the Huawei Maimang 4 which also had a 1080p display, although, the display size was bigger at 5.5-inches. The little that we used the Honor 7i, it seemed like a pretty powerful performer. The phone comes in two variants - 32GB built-in storage and 3GB of RAM and 16GB built-in storage with 2GB of RAM. Storage is expandable to 128GB, using a micro-SD card. The only downside here is that even though the phone is dual-SIM capable, both the micro-SD card and second SIM slot cannot be used at the same time. A 3100 mAh Li-Po battery powers the whole package, which should be sufficient to get a good 15-17 hours of usage, with everything up and running. The phone also supports LTE/4G along with other standard connectivity options. Beyond the ability to click pictures, the fingerprint sensor on the Honor 7i also has the ability to log in multiple users to the device. Out of the box, the Honor 7i runs Android v5.1.1 with an update to Android 6.0 expected shortly. 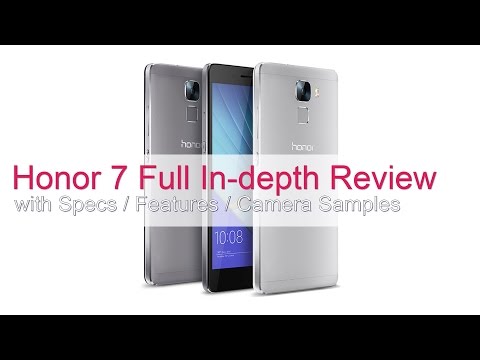