Exclusive: First Look at the Vivo X9s Plus ahead of July 6 launch 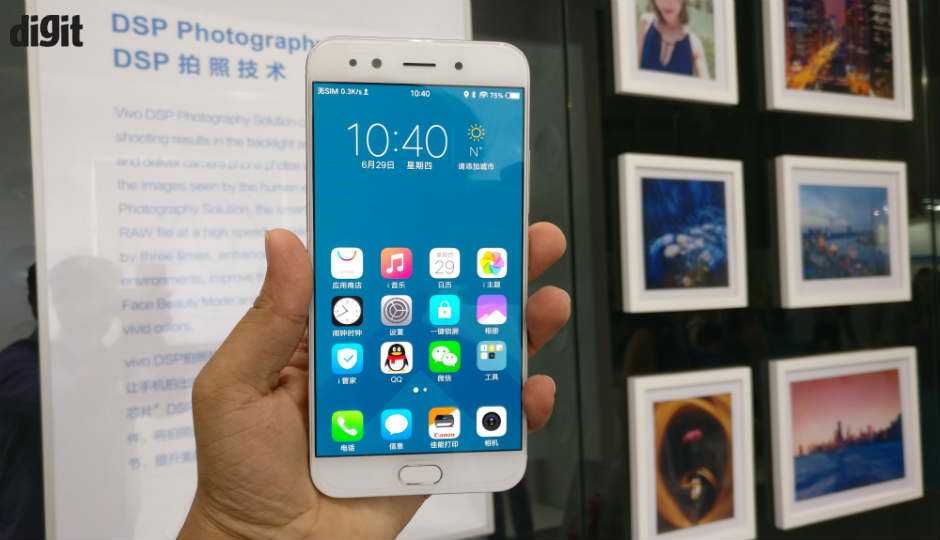 Vivo has been all over the news this past week with its embedded fingerprint sensor, but we got our hands on the upcoming Vivo X9s Plus at MWC Shanghai as well. The phone looked exactly like the press renders which have been leaking for quite some time. The front of the device looks quite familiar, with dual cameras at the top and a fingerprint scanner at the bottom, resembling the Vivo V5 Plus. However, the phone felt a little bigger in size than the V5 Plus or a 5.5-inch smartphone in general. 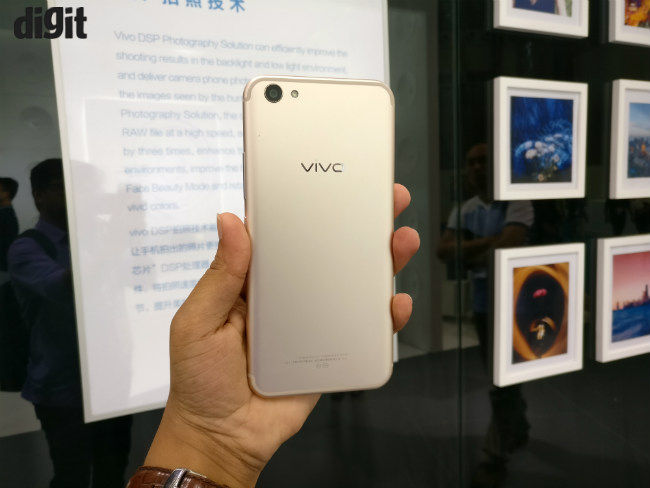 The other big thing we found out was the fact that the smartphone is powered by a 1.95GHz Qualcomm Snapdragon 653 SoC, at least in the variant we held. The phone has 4GB of RAM and 64GB of storage, which is becoming a new norm these days. This info also discredits previous rumours of the phone being powered by a Qualcomm Snapdragon 660 SoC, which was announced quite recently. We couldn't get more info about the specifications as the entire UI, as you can see in the images, was running on the Chinese version of Funtouch OS sans a Google Play Store. 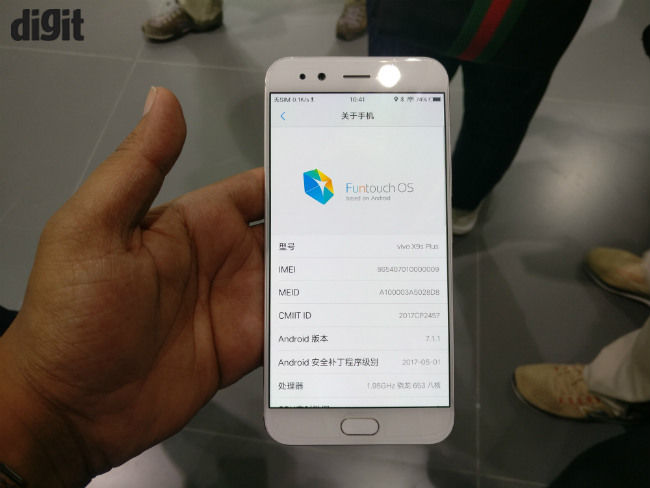 This time however, the Funtouch OS is layered on top of Android 7.1.1, which technically is the latest release of the operating system. A look at the bottom I/O also clears the air about the device having a 3.5mm headphone jack. Although, it is seems like Vivo is still sticking with the age old microUSB port, instead of moving to a USB Type-C standard. 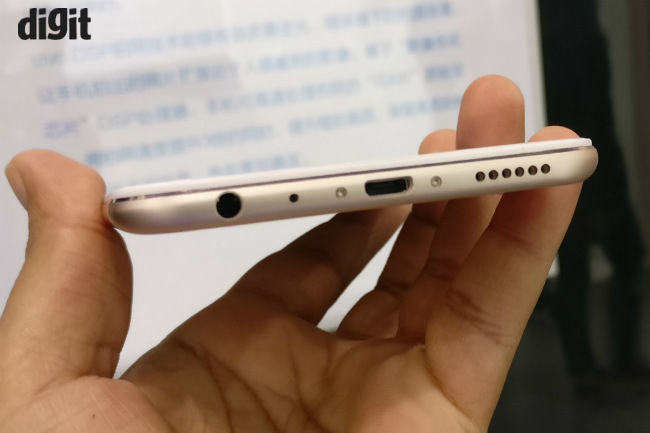 The main feature of the phone however is the rear 16MP camera and its low light capabilities. A Vivo representative told us how that the rear camera is now far more capable than any other phone in the business, by showing us a low light camera demo in a dimly lit room. Now, during the demo, we had the OnePlus 3 with us and we can tell you that the image quality looked definitely better on the Vivo phone.

The key to Vivo's enhanced low light imaging lies in the new DSP solution design by Vivo. Vivo claims that its new DSP or Digital Signal Processing feature, “can efficiently improve the shooting results in the backlight and low light environment, and deliver camera phone photos which resemble more with the images seen by the human eye”. However, the Chinese representatives at the booth couldn't give us any more specifcs or answer our queries about the camera. 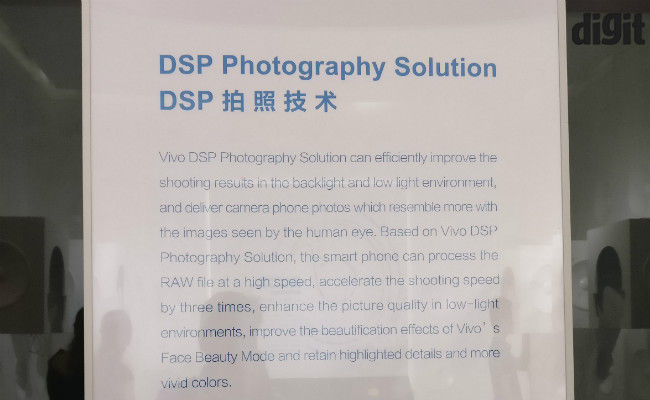 This seems like a very big claim on Vivo’s part, but the camera was really impressive at least in the demo which was shown to us. However, we can’t comment on the phone or its overall camera prowess until we get our hands on it for a longer period of time. Moreover, the phone is yet to be announced officially and we can only hope that Vivo brings the X9s Plus in India at a later date. Vivo is set to laucnh the X9s and X9s Plus smartphones on July 6 in Beijing. The company has also sent out press invites for the same.