So long Steve, and thanks for all the laughs 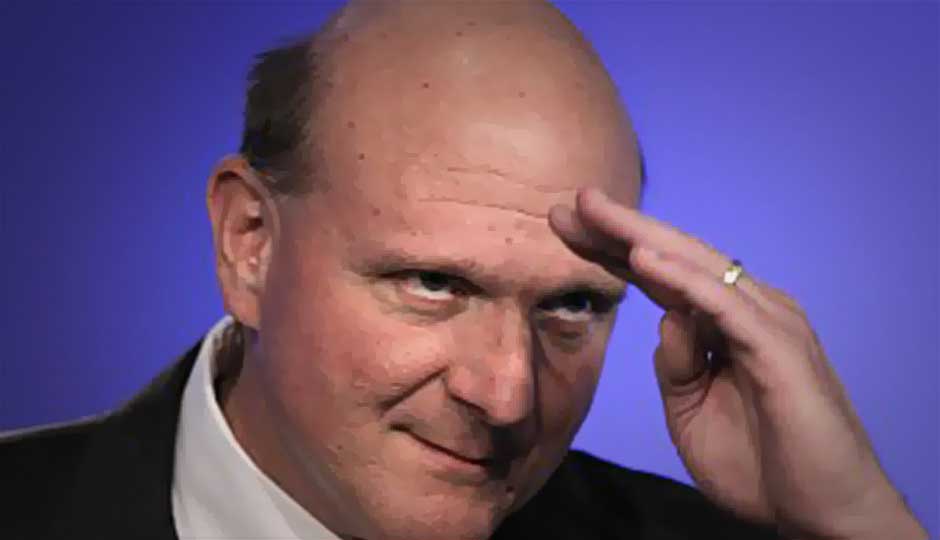 Who can ever forget the sweat stained man chanting “developers, developers, developers…” (14 times), or the infamous monkey dance that no CEO will ever make the mistake of attempting ever? Steve Ballmer announced his retirement plan today, and will be gone from Microsoft in 12 months or less. It’s the end of an era for Microsoft, and many believe that it’s been a long time coming.

Sadly, Steve Ballmer had the toughest job of all – following Bill Gates. How do you follow in the footsteps of a giant? Conventional wisdom would suggest, meekly and as quietly as possible, sharing the spotlight with other big names in the company, and not trying to be larger than life. Not when the person you’re following built the biggest technology company (at the time) and retired as the richest man on the planet! Shall we call this the Tim Cook guide to succession?

After watching hundreds of hours of interviews of Steve Ballmer, there was no chance that would happen – he just wasn’t built that way. He loved the centrestage, the spotlight, and he loved Microsoft, there’s no denying that, and although an awkward geek at the helm of a technology behemoth is almost normal, a goofy salesman isn’t. At a time when there was a lot of negativity about Microsoft because it had a stranglehold on the technologies we all used, open source was struggling and this was (perhaps wrongly) assumed to be because of Microsoft’s greedy closed source policies, what Microsoft needed most was the spotlight to be on their products and the excellence they displayed back then (2000). Instead what the world got was a bubbly in-your-face leader who wasn’t afraid to say things out loud and promptly put his rather large foot into his mouth.

I remember an interview where he ridiculed the iPhone as the world’s most expensive phone, and also said it wouldn’t appeal to business customers because it didn’t have a keyboard. Just a few years later, iPhone sales alone were turning over more money for Apple than Microsoft’s overall revenue! Now a lot of people underestimated Steve Jobs and his iPod and iPhone, however, for the CEO of Microsoft to do it, with disdain, and then be proven so categorically wrong… it was just opening up Microsoft to even more ridicule. It gave Microsoft the aura of being a company clinging to the past, and out of sync with the changing realities of the technology world.

Ballmer is also remembered as being super lucky for dodging a cruise missile (bullet is too meek a word here) in 2008 when he attempted to takeover Yahoo! by offering a whopping $47 billion for the already struggling company. Today, Yahoo! is worth considerably less, and it’s hard to see what it would really have brought to the table for Microsoft. What’s even stranger is that Yahoo! voted to turn Microsoft down back then, but what they possibly regret today, Ballmer thanks his lucky stars for – it would have been the biggest blunder Microsoft ever made. Apart from this he’s also infamous for calling open source a cancer, being generally outspoken and reportedly even yelling out that he’d kill Google in front of employees… none of it was very flattering, and made for good quotes and viral videos, but did nothing to the general public’s perception of Microsoft.

I think what Microsoft badly needed was a technology man running things in the era when technologies were making and breaking companies. In Ballmer’s term as CEO, companies such as Apple, Google and Facebook have been born or reborn and surpassed Microsoft as thought leaders. A leading company like Microsoft should have kept pace with the changing times, and least have been close on the heels of anything new that was even remotely promising. Whether it was complacence when on the top, or just the fact that Ballmer was a sales and not a technology guy, we’ll never know, but the fact is, the lack of innovation hurt Microsoft badly. Microsoft waited too long to try and counter the iPod with Zune, it left it too late when trying to get Bing to compete with Google, and Ballmer certainly has his share of blame in that regard.

However, what Ballmer also did was make the most out of Microsoft’s strengths – Office and Windows. Revenues from these sources soared in his tenure, but he never oversaw the creation of a new product into anything remotely as important as the products he inherited.

What Microsoft needs in a post gates and Ballmer era really is an innovative thinker and a technology guy. Maybe even a UI guy who’s not afraid to dream, to change things about, to make the focus longer term, to risk things a little – someone who gives everyone flexibility, and only demands excellence in return. They need an Apple or Google kind of guy, but do they have any left? In his biography Steve Jobs said, "I have my own theory about why decline happens at companies like IBM or Microsoft. The quality of the product becomes less important. The company starts valuing the great salesmen." This is exactly what Microsoft was guilty of, focussing more on sales than innovation, and as a well-wisher of Microsoft, I certainly hope they will choose Ballmer’s successor wisely. Sadly, I also think that too much power is given to stock holders and the starched shirts at Microsoft today, in this era when turtle-necked t-shirts, bathroom slippers and bean bags rule the boardrooms of truly innovative companies.

Digit’s cover story in September is about the form factors that will rule the future, and what really needs to change – especially the stuffy old icon-based UIs that we use on PCs, tablets and phones, and Microsoft is a huge stakeholder in one of those categories. The future will happen with or without Microsoft’s inputs however, and Ballmer’s replacement will either be the person who brings Microsoft back to the table and helps get the world into the future quicker, or be another sales jockey who spends all his time flogging their prize race horses and running them into the ground in an attempt to eke out every last dollar. I certainly hope it’s the former, because there are thousands of talented Microsoft employees out there just itching to do something new to prove themselves – provided they’re given the correct vision and motivation.

Come on Microsoft, millions believe that you still have a lot to offer the technology world, so please wake up and do it!

I for one will be following this search for the successor to the old throne very, very keenly. 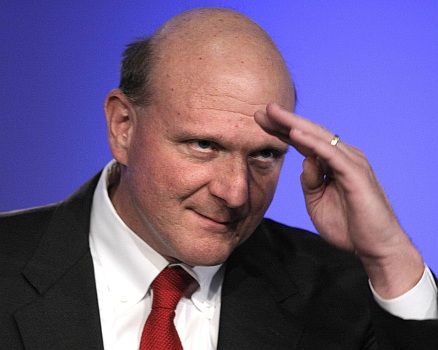