Microsoft Surface Book 2 First Impressions: There isn't another like this 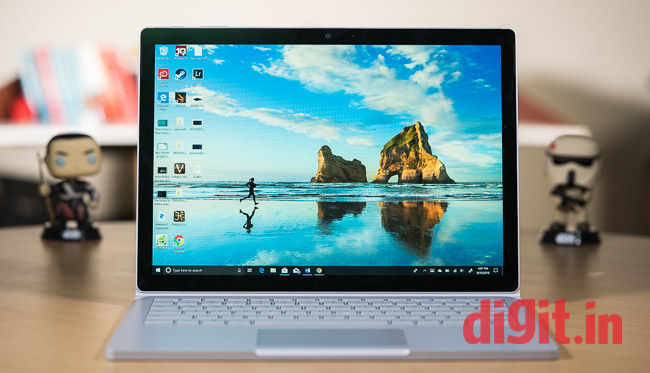 The Surface Book 2 is a two-part entity. The top, which is the 13.5-inch tablet, is made from a solid block of aluminum. The texture on the outside feels very nice to the touch. The continuous smooth metal surface is interrupted by a glossy metal sheet that makes up the Windows logo dead in the center and a cutout for the camera on the top. If you hold the tablet like a book, you will feel the volume and power buttons on the right edge. Interestingly, there are vents etched all around the body and what’s really surprising is that at no point do you feel emanating from them. The tablet docks into a keyboard base called the Surface Dock, which is also built from very high-quality metal. Typically, keyboards tend to be flat or indented inwards, but the Surface Book 2’s keyboard dock is beveled towards the hinge. This could be to accommodate the secondary battery and the GPU. When docked together, the Surface Book 2 becomes a proper laptop which feels extremely sturdy, but light enough to lug around. One of the most reassuring things about the Surface Book 2 is that it locks magnetically with the Surface Dock and cannot be released using force. There is a special key on the keyboard which disengages the lock, allowing the tablet to be freed of the dock. The build quality of the Surface Book 2 feels very premium and its design definitely sets it apart from most machines in the market. 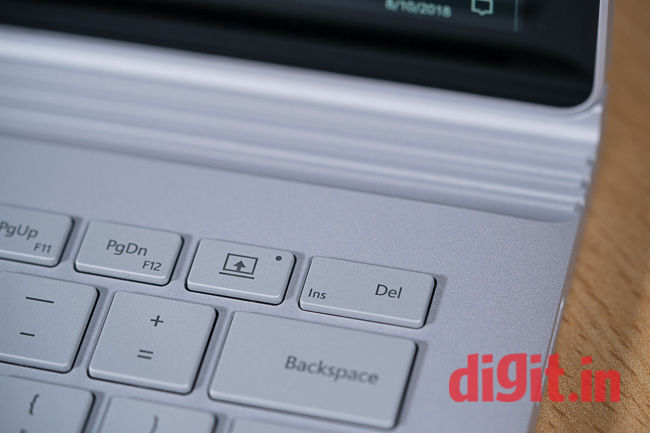 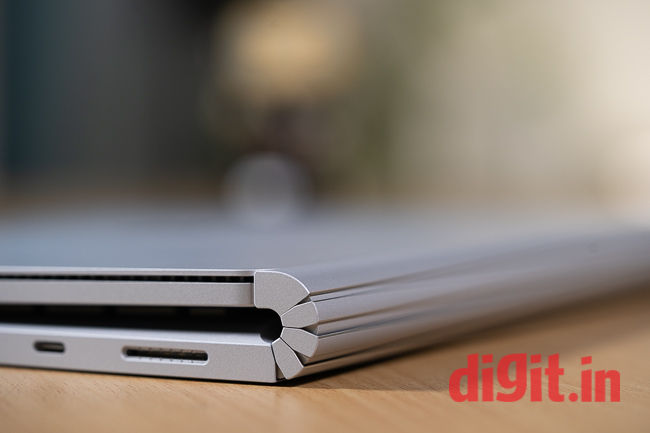 The unit I’m writing about has a 13.5-inch display with a resolution of 3200x2000. The display also supports touch and Microsoft calls this a “PixelSense” display for its pixel density and sharpness. From initial use, its clear that Microsoft’s Surface Book 2 is packing a really good quality display. The touch response is also pretty accurate, but since I haven’t spent a lot of time testing it out, I am going to reserve any actual verdict on this thing. But I do know that I’m looking forward to testing it out. 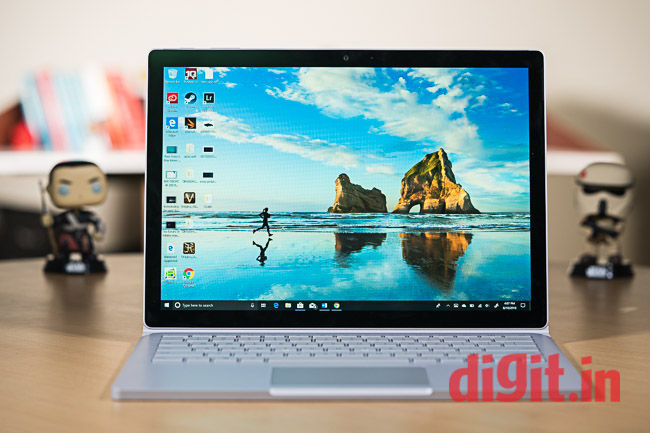 The Surface Book 2 comes in multiple variants, all under the 13.5-inch and 15-inch form factors. For the 13.5 inch model (which I am typing this on) comes with a Nvidia GTX 1050 while the larger 15-inch variant also offers the Nvidia GTX 1060. Both Intel Core i5 and i7 are available across the range and solid-state storage starts from 128GB on the cheapest variant to 1TB on the most expensive. The Surface Book 2 is all about performance and has something on offer at every tier. 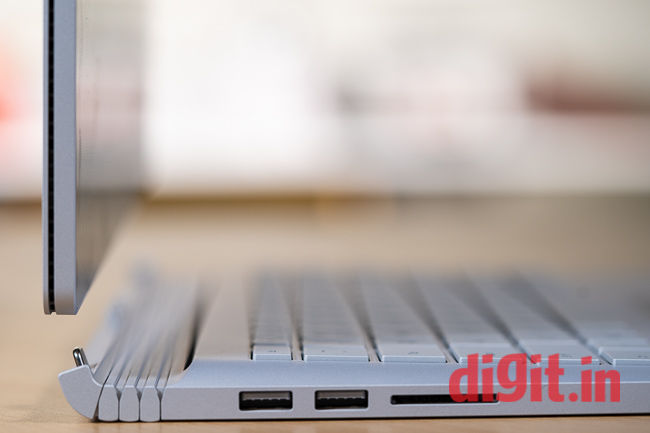 The Surface Book 2 looks and feels like a device that’s a class apart. The specifications are pretty high-end and as someone who moonlights as a photographer, I cannot wait to find out if the Surface Book 2 can deliver the performance one would expect from the components being used in it. There’s also the claim of up to 17 hours of battery life which I will be testing out. The unit we have in our lab costs Rs 2,22,499 and in the coming week, we’ll know for sure if its offers enough bang for the buck.