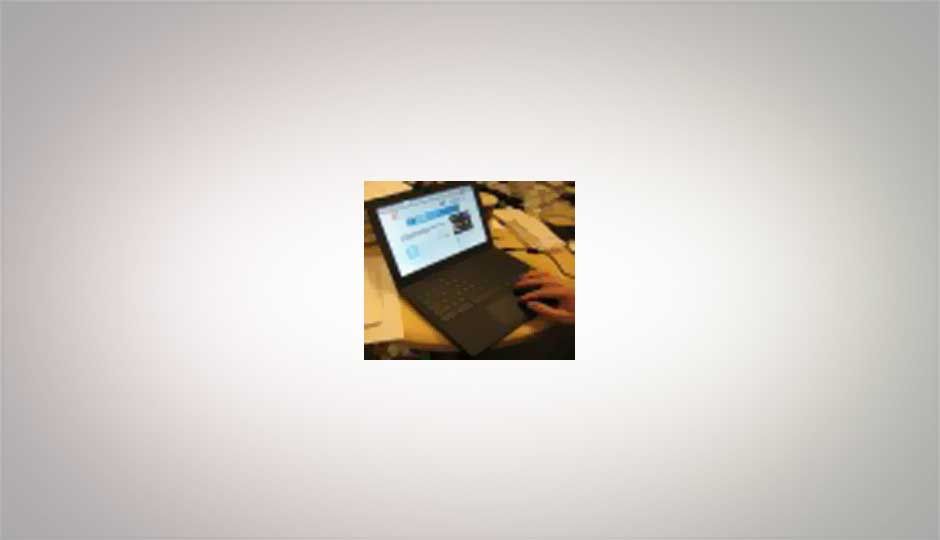 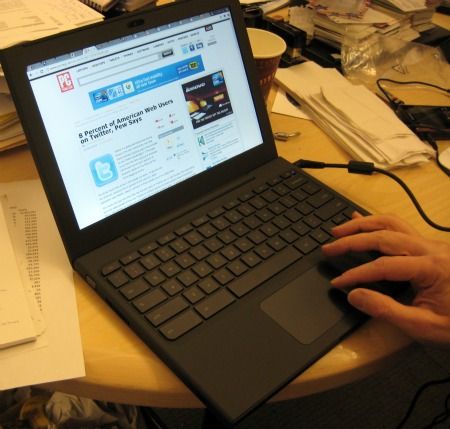 Our pals over at PCMag were kind enough to give us a little bit of hands-on time with the Cr-48 Google Chrome notebook. I should note, right off the bat, that this is far from being a production unit. It's more or less a dummy laptop, really, designed to show off the long-awaited Chrome OS.

No one's really even sure who designed the thing, actually, but the word online is that it was created by Inventec, a Taiwanese company. Acer and Samsung have both signed on to release Chrome-based netbooks next year. The notebook's screen is 12.1 inches. The system has both Wi-Fi and built-in 3G. The system ships with 100MB of free data from Verizon. 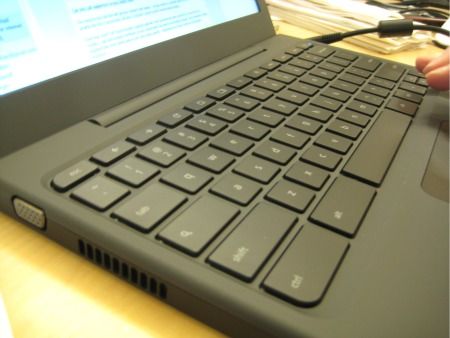 The Cr-48 looks a lot like a matte black plastic version of the Macbook, complete with the isolated keys on the keyboard. Speaking of the keyboard, you've undoubtedly already heard something about the device's lack of a Caps Lock key. The key has been swapped out for a Search button--search is at the center of the device, as with Android devices before it. Not really a huge surprise there--search is still the company's bread and butter, as Google likes to remind us at every opportunity. 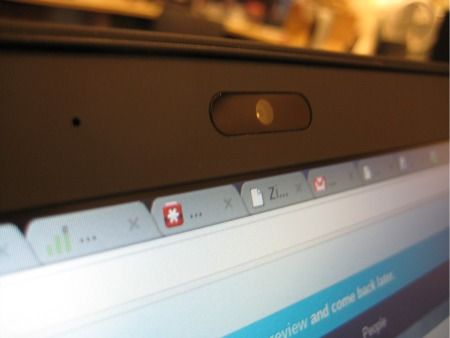 The trackpad also brings to mind the Macbook with its multi-touch gestures--two fingers swiping to scroll and two fingers pressing to right click. The Cr-48 also has an SD card slot, a built-in Webcam on the top bezel, and a single USB port. 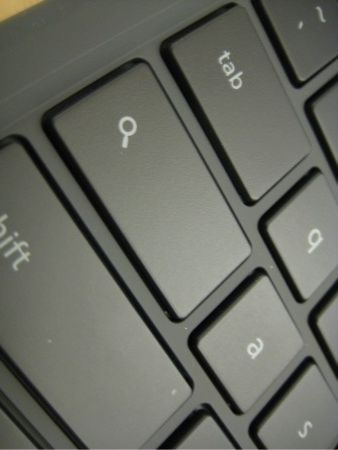 The power button is located on the upper right hand side of the keyboard. Click it and a Chrome logo pops up on the screen. Bootup is pretty quick, presumably because of its flash memory and the fact that there's not a heck of a lot loaded on the thing, software-wise. The system then prompts you to enter your password--this is your Google password. Really, you can think of the whole system as a physical extension of your Google account. There's no desktop on the device--the whole thing is essentially based on the Chrome browser. That fact takes a little getting used to. In fact, it's easy to get a bit claustrophobic, realizing that you can't exit the browser. The home screen is essentially a blank Chrome page with a selection of apps, including Gmail, Maps, YouTube, and, of course, the new Chrome app store. The UI feels a bit like a big phone in some respects. 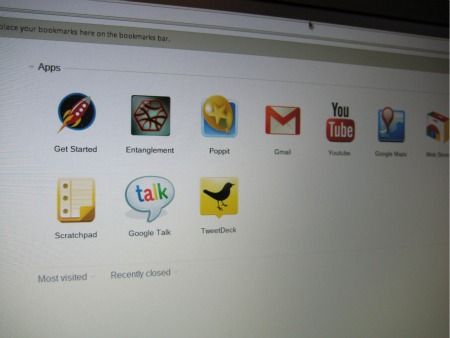 There's really no learning curve for anyone who has used Chrome. Moving in and out of apps and browser tabs is quite swift, offering the sort of speed one would demand from a notebook like this. 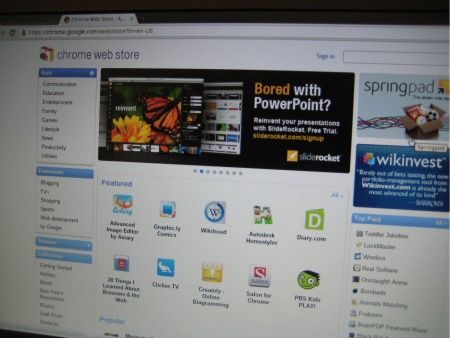 The biggest downside to the cloud-based computer is the fact that the thing is really useless online. There is a certain amount of memory built into the thing for offline caching, so you can do a limited amount of things in the browser if your connection is spotty, otherwise you're going to have to rely on apps.

[RELATED_ARTICLE]The computer's limited functionality really begs the question of who these systems will be for. Seeing as how Google is really pushing this thing as a cloud device, it seems safe to assume that the forthcoming systems from Samsung and Acer will have limited functionality.

If the price point is extremely low, and the systems themselves are especially thin and light, I could see the device serving as a great secondary travel laptop (assuming, of course, that you can get online on the plane). 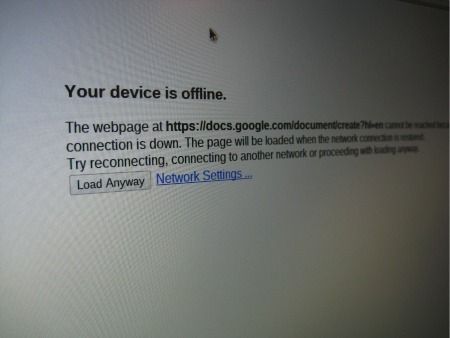 The Chrome notebook seems to be an attempt for Google to break into the netbook space, which is floundering at present thanks to the success of Apple's iPad and other tablets (a space that Google will soon have a pretty large stake in). 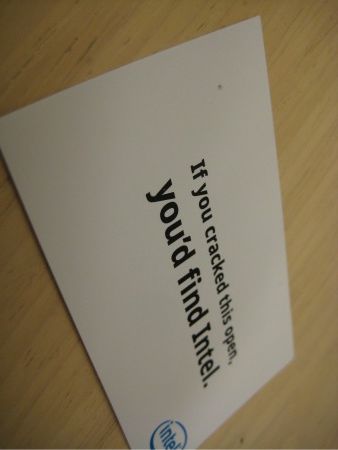 It's an interesting experiment to be sure, but without a truly killer app, it's hard to see the Chrome notebook amounting to much more.