Beauties in your lap: The best looking laptops money can buy 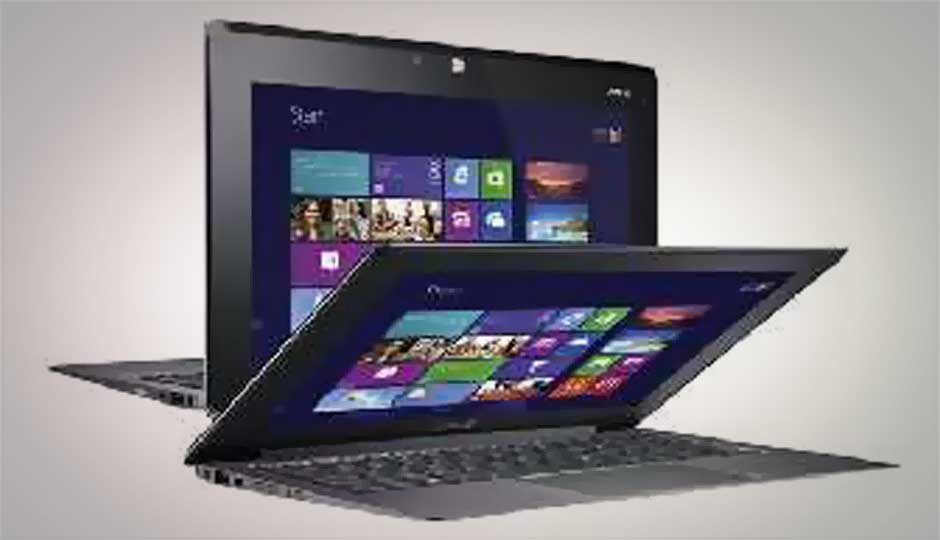 A laptop doesn’t necessarily have to be dull, drab and dreary. Not all laptops have to be the same black colored slabs that all look the same from afar. Yes, there is a general perception about laptops, and mostly that fire is fanned by the laptops themselves, that most of them look the same. But, for the real pedantic buyers, there's a strong craving to be seen using a laptop that stands out in a crowd, be it a boardroom, be it a college lecture or even a gaming party.

This brings us to the question of what makes a good looking laptop. First, it is all about the materials used. Since this is the starting base for all good things in a laptop, the materials deployed to make the chassis are critical. Most laptops up to Rs. 50,000 use varying qualities of plastic, and metal makes an appearance in the laptops slightly more expensive than that. However, close in on six figures and the quality of materials used goes up considerably - carbon fiber, duralumin and what not. Then it is the question of the finish. If you notice, all the laptops that we have mentioned here have a non-shiny / non-glossy finish. We are still perplexed why laptop makers are still obsessed with giving most laptops the glossy finish, which is a dust, grime, scratch and fingerprint magnet.

There are some rather seriously good looking laptops that money can buy. Yes, we knew you would come back with a retort saying all laptops are essentially the same! Which is why, we would like to point you to some of the sleekest and best looking notebooks you may like to be seen with. 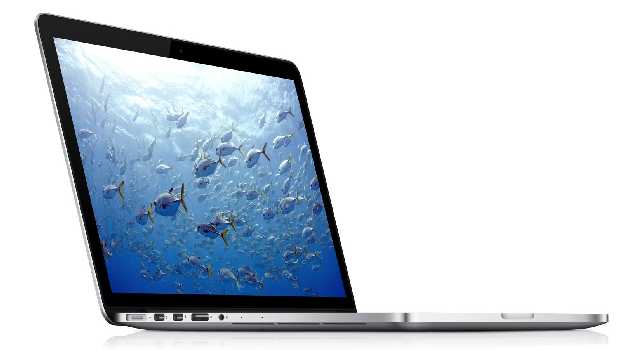 While you may think this is just the normal MacBook Pro 13 with the boosted display, it actually isn’t. The Pro 13 with Retina display actually weighs just 1.6kg and is 19 mm thick. That means, the Retina version is 20% thinner and 21% lighter than the standard MacBook Pro. In terms of thickness, it sits exactly between the slim MacBook Air, and the now seemingly thick MacBook Pro. The aluminum unibody build is, to be honest, still unmatched in the Windows ecosystem of laptops and ultrabooks. The multi-touch glass trackpad blends brilliantly into the rest of the design, and the redesigned cooling channels means there are three intake vents on the underside on either edge, with the two fans blowing air out of the big vent between the display hinge and the keyboard deck.

Samsung really made everyone sit up and take notice with the Series 9 notebooks. This is possibly the closest ultrabooks have come to the MacBook Air (well, the Sony Vaio Pro 13 might have something to say about that), and that itself says a lot. Be it the 13.3-inch version or the 15-inch version, the Series 9 has a 100% aluminum chassis, that mostly consists of Duralumin, used to create what the company calls a “slim and aerodynamic design”. Incidentally, Duralumin is usually used in aircrafts, because it is light, yet extremely rigid. The mineral ash black colour particularly makes this machine a looker, simply because it is a rather rare colour for a notebook. The 13.3-inch version (NP900X3C-A02IN @ Rs 1,00,000) is only 12.9 mm, at its thickest point. The 15-inch version (NP900X4C-A01IN @ Rs 1,05,000) is 14.9 mm at its thickest point and weighs just 1.65 kg.

Yes, beauty comes at a price, and the VAIO Pro 13 from Sony is the latest beautiful machine to be launched in India. Powered by the latest generation Intel Haswell processors, the perfect combination of looks and performance seems well ticked here. The use of carbon fiber on the Pro 13 gives it a rather unique look and feel. The 13.3-inch touchscreen size machine measures at 17.2 mm thickness and weighs just 1.06 kg, which is much lighter than the 1.35 kg that the Apple MacBook Air weighs. For a machine so thin and so light, the Pro 13 is very solid. There's no flex on the chassis, and even the extremely thin lid is solid enough to prevent any damage to the display in most cases. The only little niggle is that the hinge isn’t very taut, and using the touchscreen will result in the display rocking back and forth a bit, at times.

In contrast to the machines we have talked about till now, the X1 Carbon is actually more of a rugged beauty. First off, the soft feel finish (rubberized finish, as it is also referred to at times), is very welcome. The benefits of this kind of a material on a laptop are immense - it doesn’t scratch or catch snicks, fingerprints don’t smudge up the entire look, and you don’t have to take a cleaning cloth to it every few hours because the dust doesn’t really show up! If only laptop manufacturers would get away from their fascination with the glossy and shiny finish on laptops, would they see the merits of this. Beyond the looks, the X1 Carbon has the typical ThinkPad-esque solidity ingrained. The chassis is all carbon fiber, and there is an additional set of roll-cages to protect the machine in case it takes a tumble. ThinkPads were always meant for rough use and in the new Carbon X1, the same robustness remains, but the laptop looks good while delivering on the promise!

Any list of the best looking laptops not featuring the beauty that is the Asus Taichi is either biased, or just not nicely researched. The build quality and the brushed aluminum used on this machine are the closest anything has come to the Samsung Series 9, in terms of stiffness and slimness. Beyond the boring stuff lies what you might be the most interested in - the two screens. Yes, one was not enough, which is why Asus packed in two 13.3-inch screens into the Taichi 31. The primary screen, when used in laptop mode, isn’t a touchscreen, but the one sitting on the top of the lid is a full multi-touchscreen. For a machine that is solidly put together and has that expensive look to justify the price tag, the glass on the secondary display is extremely prone to catching smudges. And we would advice extreme caution, because if you aren’t careful and you plonk the adapter on the lid as a matter of habit, this glass could easily crack as well.