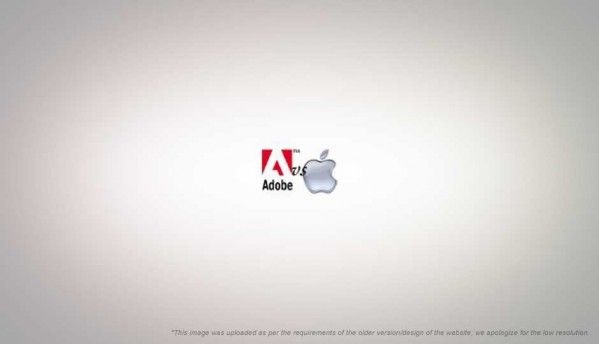 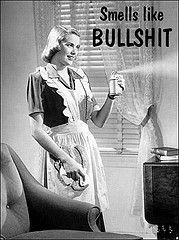 Disguised as a battle centred around the freedom of the web, we now have Apple, Adobe and Google in the ring, dishing it out. Who started it?  Who knows! But things are getting interesting.
Adobe had long been complaining about Apple's lack of cooperation in improving support for the Flash player for the Mac platform. With the iPhone, Apple had adamantly refused to let the Flash player in. Apple, in their defense, have cited performance concerns where websites loaded with Flash advertisements and such could hamper the user experience. This still does not explain however, why even the choice of installing / uninstalling the player wasn't left to the user. After all, most smartphones today have been demoed by Adobe with the full Flash Player 10.1, and they seem to be running fine.
Now with their more powerful iPad, Apple seems to be on the same path again, promising the best web experience while adamantly refusing to support Flash which powers a rather high percentage of the web's content. A large number of popular websites will just become unusable without Flash as explained in an eloquent post by Lee Brimelow, a Flash Platform Evangelist at Adobe. While it has been removed now, this post humorously included screenshot of a pornographic website which was somehow construed as Adobe playing the porn card.
While many people hold the naive attitude that disabling Flash / the end of Flash is good because it will mean the end of annoying Flash ads, the truth is that Flash is just a medium some advertisers use for their advertisements. If Flash indeed is to "die" some day, the advertisers will just start using HTML5 video or canvas tags for the same. Advertisers will find a way, and with ads popping up as HTML5 elements instead of Flash ones, they will only become more difficult to block.
As tensions increased with people split over whether the Apple iPad really was something new and worth buying, Flash support was of course one of the most important points. If Apple is indeed targeting this for students as well, they will find it nearly useless for eLearning content on the web as it is usually in Flash.
Earlier Steve Jobs commented that they didn't enter the search business, instead Google made a phone to compete with them and kill the iPhone, which sounds like "I didn't go to the sandbox, they came to the swings". Dear Apple, you too entered in competition with Nokia and other mobile manufacturers when you unveiled the iPhone. Get over it. He also called Google's "Don't be Evil" mantra bullshit or a load of crap, which makes sense, since Apple doesn't seem to follow it at all.
Steve Jobs, the One Who Must Not be Blamed, said Adobe were lazy, with the potential to do interesting things which they haven't lived up to. He claimed that the Flash player is buggy and is responsible for a majority of crashes on Mac OSX, and that the world will move to HTML5 which is more open.
Calling Adobe lazy is a stretch a amazing coming from a company which just spent the last couple of years feeding their iPod touch steroids. Adobe on the other hand developed a new compiler to bring content created in Flash to the iPhone and iPad touch in a manner which is compliant with Apple's arbitrary restrictions. They created the OpenScreen project which aims to bring their runtime to as many devices as possible. Any device manufacturer can gain access to the Flash Player source code and create optimized versions for their own platforms with Adobe's help. Hardly lazy behaviour I'd say.
The Flash player on Mac IS buggy, and Adobe had better do something about it, however many people forget that the Flash format IS open. The specifications for Flash player are open and available for all to implement. In fact, the Tamarin engine which interprets ActionScript 3 in the Flash Player is open source. With an open specification the only thing closed is the Adobe Flash Player itself, which is merely an implementation of the Flash specification by Adobe.
Any company, even Apple is free to create their own Flash player implementation which they think is less buggy than the one by Adobe. You can compare this to HTML, which is an open specification, and any browser can implement it. On the other hand, browsers such as Opera, Internet Explorer, and Apple's own Safari are closed source implementations of the open specification. Just because HTML is an open specification doesn't mean that closed source implementations are bad. People often also forget that Adobe has a stake in HTML5 too, as creators of web development products, and they have showed their dedication to that as well.
Apple does have a point about the Flash Player's performance, which might be a bigger problem with portable and low powered devices than PCs, however that is something which is in need of optimization by both the content creators and Adobe, and Adobe has been busy with optimization for their Flash Player 10.1.
Apple has made some beautiful products, and the iPad is no exception, but their recent trend is towards more and more closed systems which pot Apple in full control of its economy. In the end it is clear this is not about open standards at all, such arguments are hardly fitting of a company like Apple.