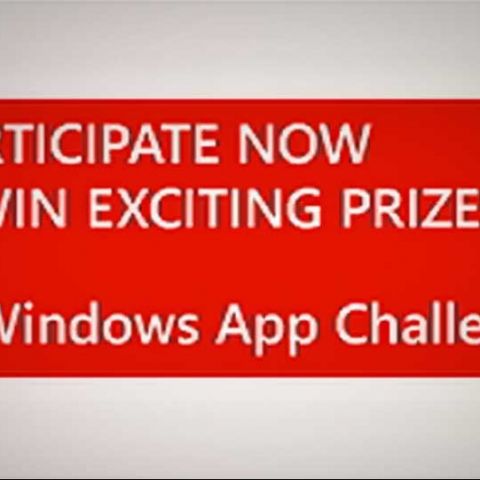 ThinkDigit is proud to announce the culmination of a highly successful second month of the ThinkDigit Windows App Challenge Contest, sponsored by Microsoft India. The contest, which was extended till February 29, challenged the contestants to excel in app development for the Windows Marketplace.

Many enthusiastic contestants participated in the Windows App Challenge Contest from across the country. The turnout for February was tremendous and especially notable, as the best month since the competition began.

All the apps submitted by Windows App Challenge Contest participants were judged on their creativity, innovation and execution. The plethora of apps that were approved were extraordinarily diverse and useful, adding greatly to the quality on offer on the Windows Marketplace. Many thanks to all the participants who made this contest a grand success!

A compete list of all the Windows App Challenge Contest winners for the month of February would be available by March 15, and will be published on the ThinkDigit website. The Windows App Challenge Contest was promoted strategically which helped to build awareness and drive audience participation. The promotion has exceeded our expectations in the number of participants and awareness for Windows Apps in the community.

The Nokia Lumia 800 is a much-desired reward, and the first month’s winners created a lot of buzz among the developer community. The stakes became high, and developers became more than eager to participate. The popularity seems to have grown in the last few days as many new participants have embraced the fact that they could afford to spend a couple of days in developing the apps, and receive a top-end smartphone in return.

While initially, the Windows App Challenge Contest’s deadline was February 29, looking at the overwhelming response from the many aspirants who could not compete, and keeping the popularity of this contest in mind, ThinkDigit in collaboration with Microsoft India has decided to extend the deadline for until March 31!

Here’s inviting all you aspirants to bring in your entries and make the best of the Windows App Challenge Contest. Happy winning!